(ORDO NEWS) — Changes in the bears’ gut microbiome in the season when nutritious bamboo shoots are sprouting helps them to gain weight ahead of leaner times.

When it comes to picky eating pandas are up there with the best of them – despite weighing upwards of 100kg, the charismatic black and white Asian bears exist almost solely on a diet of bamboo.

But how do they maintain their adorable rotund figures by consuming a food source with so little nutritional value?

Researchers at the Chinese Academy of Sciences’ Institute of Zoology think they have the answer: pandas’ gut microbiomes shift during the season when nutritious bamboo shoots sprout allowing then to pack on the pounds and compensate for the lack of nutrients in later seasons when there are only bamboo leaves left to nibble on.

“This is the first time we established a causal relationship between a panda’s gut microbiota and its phenotype [an observable characteristic determined by genetic and environmental factors],” said Guangping Huang.

“We’ve known these pandas have a different set of gut microbiota during the shoot-eating season for a long time, and it’s very obvious that they are chubbier during this time of the year.”

Pandas aren’t the only animals to experience a seasonal shift in gut bacteria as a result of changes in food availability. Some species of monkey have different gut microbiota in summer when they get to snack on fresh leaves and fruits compared with that in winter when they have to make do with tree bark.

The Hadza, a tribe of modern human hunter-gatherers living in Tanzania, also experience changes in their guts depending on what they are eating throughout the year.

To make the discovery, the team studied a group of wild giant pandas living in the Qinling Mountains in central China. For the majority of the year the bears feed on relatively nutritionally lacking bamboo leaves.

But during late spring and early summer, they get to gorge on protein-rich bamboo shoots. During this time, the team found that they have significantly higher levels of Clostridium butyricum bacteria in their guts.

To investigate the effect of this change in gut microbiota the team transplanted faeces from the wild pandas during the two different seasons into mice and then fed them a bamboo-based diet for three weeks.

They found that mice gained significantly more weight and had more fat when transplanted with faeces from the shoot-eating season despite consuming the same amount of food.

The effect is due to C. butyricum stimulating the expression of a circadian rhythm gene called Per2, which increases fat synthesis and storage, the researchers say. 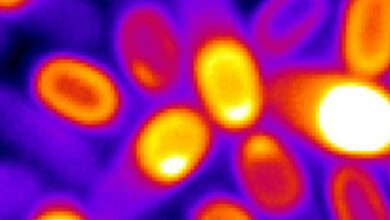 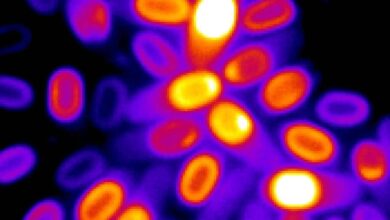