(ORDO NEWS) — Histological data obtained by Argentine paleontologists showed that the elongated processes of the cervical vertebrae of Amargasaurus formed a sail.

In an article published in the Journal of Anatomy, the scientists note that their results say nothing about the function of this sail. However, paleontologists do not rule out that it could be used for communication.

Some paleontologists believe that they formed a sail, like a spinosaurus, others suggest that the processes formed horns – that is, they were covered with keratin sheaths.

Argentine paleontologists led by Ignacio A. Cerda from the National University of Rio Negro decided to sort out this issue.

To do this, they made sections (thin sections) of the spinous processes of Amargasaurus and an unidentified dicreosaurid and studied them under a microscope. 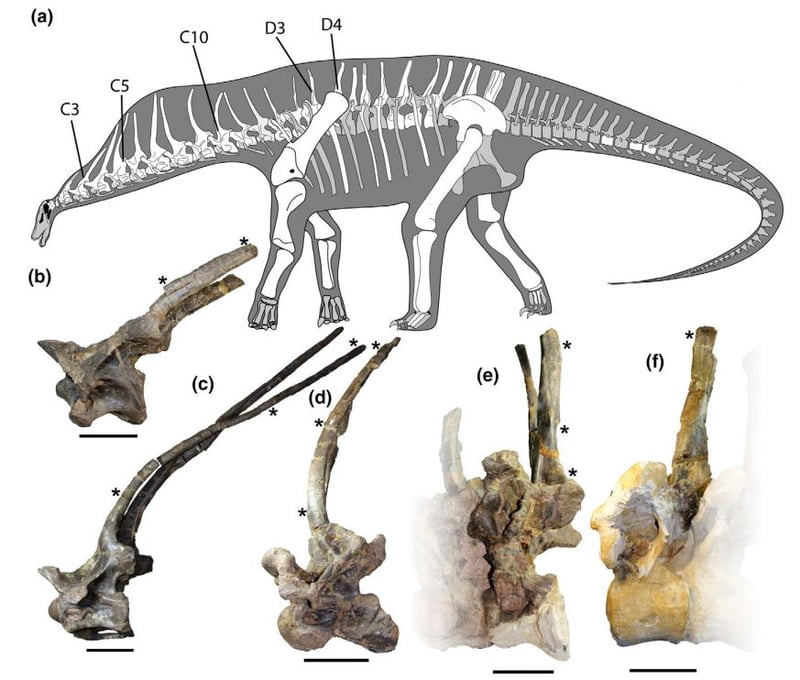 Paleontologists found that the bone tissue of the spinous processes was represented by a rapidly growing fibrolamellar complex with a large number of vascular channels, in which blood vessels and nerves passed during life.

The researchers then compared the spinous processes of dicreosaurids with a goat’s horn and a horse’s hoof. It turned out that they differed both at the anatomical and histological levels.

In addition, paleontologists have noted that the type of bone growth of dicreosaurid vertebrae is not compatible with the presence of a keratin sheath.

At the same time, the density of secondary osteons is high in the anterior part of the spinous processes, which indicates high loads in this area, and the nature of the location of the Sharpei fibers suggests the presence of a system of interspinous ligaments.

According to the authors of the work, all this indicates that the spinous processes formed the cervical sail, and not the horns.

Serda and his colleagues conclude that at the moment they cannot say exactly what function this sail served. However, researchers have suggested that dicreosaurids may have used it for communication, such as mating displays.