(ORDO NEWS) — Archaeologists have discovered a Paleolithic hunter-gatherer camp in the Tatras. During the excavations that took place in the Slovak cave of Gučiva, they found stone tools of the Madeleine culture, the remains of a hearth, a bone needle, as well as animal bones. Radiocarbon analysis showed that people were present there about 12 thousand years ago.

In the late Paleolithic era, about 18/17-11.5 thousand years ago, in the territory of Western and Central Europe there was a Madeleine archaeological culture, named after the French cave La Madeleine.

Its monuments were found mainly in the territory of modern Spain, France, Belgium, Switzerland and Germany. It was a time when conditions on the continent were very harsh.

Representatives of the Madeleine culture had to hunt the mammoth fauna, and after its extinction, reindeer, wild horses and other large animals. Archaeologists believe that the Madeleine people built ground dwellings similar to tents, and caves were often used as sanctuaries.

From the bearers of the Madeleine culture, magnificent monuments of cave art have survived to this day, including rock paintings in the famous caves of Lascaux and Altamira, where there are realistic and colorful images of animals – bison, horses and deer.

The material culture of these people is represented mainly by flint chisels, piercers and scrapers. In addition, the Madeleine people had a highly developed bone processing, from which, for example, figurines of people and animals were made, as well as the tips of tools.

A recent study of the remains of cave lions found in Spain showed that the Madeleines hunted these animals for their skins. 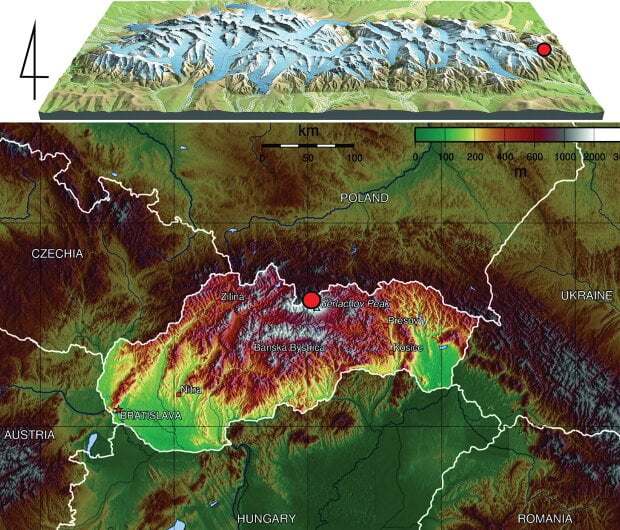 Pawel Valde-Nowak from the Jagiellonian University, together with colleagues from Poland and Slovakia, explored the Guchiva Cave, located in the Belianske Tatras (Slovakia). Excavations revealed six cultural layers at this site, each of which contained faunistic and paleobotanical remains.

In addition, in layer-VI, scientists found the remains of a hearth. For radiocarbon analysis, they selected two fragments of charcoal. As a result, two dates were obtained: 12316–11896 and 12260–11868 years ago, the time of the Bellingian warming (interstadiad).

In total, archaeologists managed to find 385 stone artifacts in this cave, as well as a bone needle, consisting of two fragments. Many of these objects were made from radiolarite, but other raw materials, such as flint, were also found.

The most characteristic tools from the collection of finds turned out to be arrowheads. Among other materials, scientists noted five pieces of ocher found.

Archaeologists noted that the stone artifacts belong to the Madeleine culture, and the monument itself, most likely, was a hunting camp. It thus represents rare evidence of the presence of Paleolithic hunter-gatherers in the Tatras. 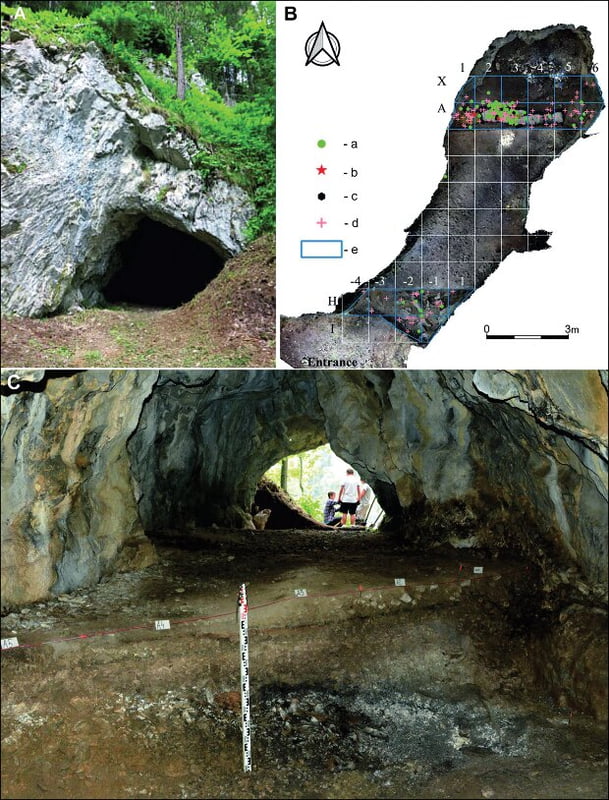 A paleozoological study showed that among the finds there were bones and teeth of about 20 species of small and large mammals, as well as several birds.

It is noteworthy that the Alpine ibex is not found in this region today. Moreover, according to archaeologists, this is the first confirmation that he lived in the Western Carpathians in antiquity.