(ORDO NEWS) — The first image (below) shows the object IC 1623, which is a pair of interacting galaxies that are slowly sinking into each other.

The collision of two large galaxies, 270 million light-years away from Earth , led to a burst of star formation – for one small star born in the Milky Way , 20 massive stars appear in IC 1623.

Note that the core of this merger is a very compact and incredibly bright source of radiation around which “spikes” have appeared, as was the case with observations of individual stars in the Milky Way.

Probably, the collision of galaxies led to the beginning of the merger of two supermassive black holes.

As is known, this process is accompanied by the release of a gigantic amount of energy in the form of gravitational waves. 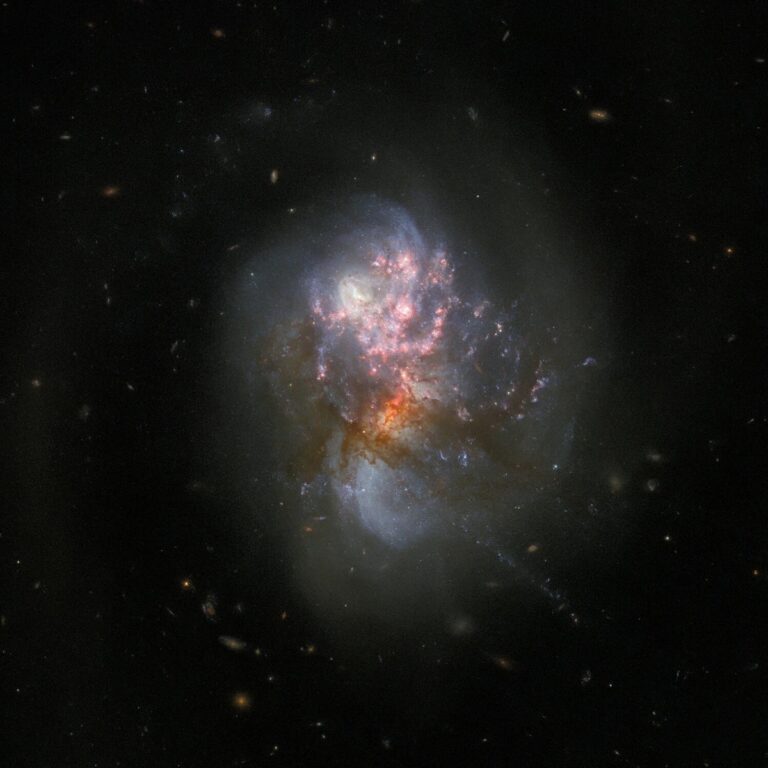