(ORDO NEWS) — There is one unusual theory and it is that our universe is located inside a black hole, which, in turn, is part of another, more massive universe.

Something like a space nesting doll and it’s very intriguing. Perhaps, in fact, each black hole is a kind of “gateway” to an alternative universe?

Some modern theories say that black holes act as connecting tunnels in the world of the Multiverse. In other words, a massive star at the moment of its death does not acquire a singularity point, but instead a white hole “unfolds” inside the black hole , which leads to another Universe.

Polish theoretical physicist Nikodem Poplavsky demonstrated to the scientific community a mathematical model of the spiral motion of matter that fell into a black hole. Poplavsky, using equations, made it clear that a black hole may not have the singularity predicted by Albert Einstein at all.

Based on the equations of Einstein’s General Theory of Relativity, when too much matter is concentrated in a tiny volume of space, collapse occurs and a singularity appears. Einstein’s ideas are not clear to everyone, and there are people who disagree with the great theoretical physicist of the past.

If Poplavsky is right, then there is a possibility that we will have to turn away from the concept of singularity in principle. Its solutions to the equations indicate that the black hole “does not release” the absorbed matter back for the reason that it immediately becomes a building material for another Universe, where active processes of star formation and galaxy formation begin. 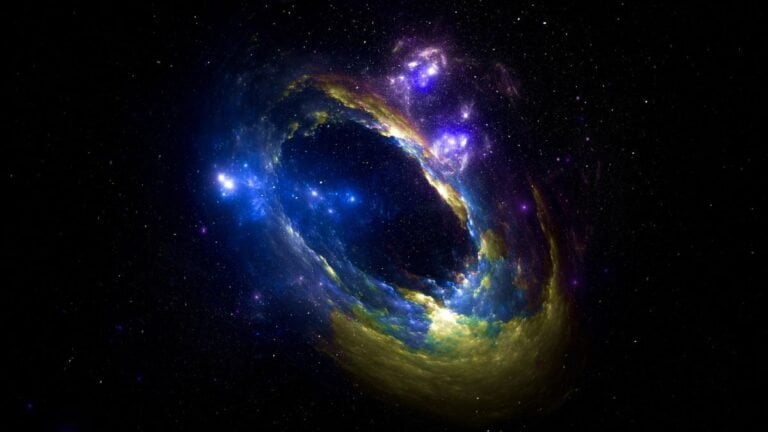 Nikodem Poplavsky believes that if black holes are viewed as wormholes, then many cosmological problems can be solved.

For example, if we abandon the Big Bang theory and consider spacetime as the result of violent white hole activity, then we will have no problem understanding how some massive galaxies formed abnormally quickly.

Existing cosmological models say that the Universe began with a singularity, but not all scientists are satisfied with this idea, since many questions arise as to who or what caused the appearance of this singularity.

If we argue that the Universe was born by a white hole, then this could partially explain the events even before the Big Bang and predict the behavior of black holes in the future.

Nikodem Poplavsky is sure that with the help of his theory mysterious gamma-ray bursts can be explained. The scientist believes that the bursts are the result of the entry of matter from other universes into our dimension.

Matter seems to “gnaw” into our Universe through supermassive black holes (they also act as wormholes) and space-time reacts violently to this.

“It sounds crazy, but who knows …” – argues Poplavsky. 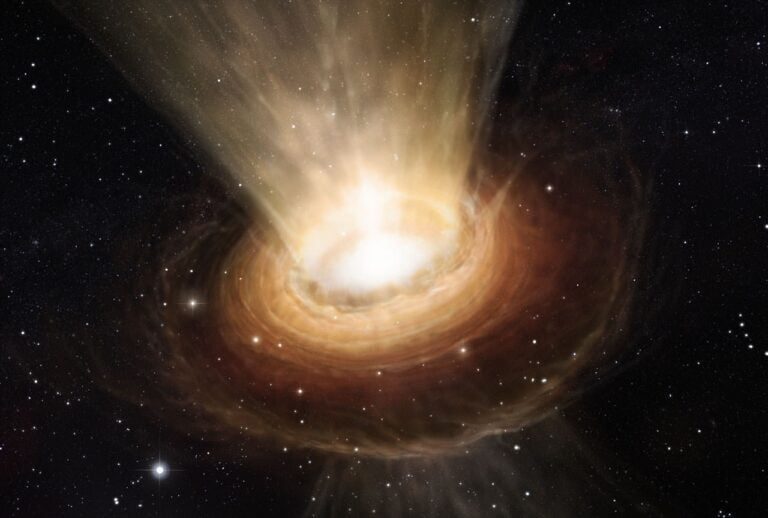 Black holes in our universe are rotating, and if our universe was born inside such an object, then it would be logical if it inherits rotation. If it is experimentally proven that our Universe rotates in a particular direction, then we will have significant indirect evidence of Poplavsky’s theory.

Where, then, is the origin of all universes? How did the first black holes form and where did they get the matter for the birth of new worlds? ” – argues physicist Andreas Albrecht from the University of California at Davis.

In general, Nikodem Poplavsky’s ideas have not yet found serious support from the scientific community. Scientists believe that Poplavsky does not offer a replacement for the singularity, but only complicates an already confusing model, shifting it into a “hypothetical alternative reality.”

“There are many unsolved problems in front of science, and we do not even know what the found solution will give us. I think it is worth trying to develop Poplavsky’s theory and work in this direction. He suggested something new and this is already interesting, ”concluded Albrecht.