(ORDO NEWS) — American scientists have come to the conclusion that previous attempts to recreate a portrait of a megalodon based on the body shapes of its modern relatives cannot be considered reliable.

To understand exactly what this giant shark looked like, new skeletal fossils will be required, since the described teeth and vertebrae are not yet enough.

Megalodon Otodus megalodon , who lived 3.6-15 million years ago, was one of the largest fish that ever existed: its body length reached 15-20 meters.

In films and books, megalodon is usually portrayed as similar to a modern white shark, but scientists from the University of California at Riverside and DePaul University (USA) concluded that the data available today is not enough to accurately recreate the appearance of a megalodon. An article with their evidence was published in the journal Historical Biology.

The cartilaginous skeletons of sharks are poorly preserved, and O. megalodon is described from only a few fossil teeth and vertebrae that resemble the modern white shark Carcharodon carcharias in structure.

This similarity led scientists to speculate that O. megalodon was similar to the white shark in appearance and lifestyle. C. carcharias belongs to the order Lamniformes , to which it is customary to include both megalodon and the family Lamnidae – herring, or lamna sharks.

Like some other members of the order, the white shark is warm-blooded. She is able to raise the temperature of some parts of her body by 7-13 degrees Celsius above the temperature of the surrounding water. This advantage allows predators to move more actively, which makes them more successful hunters.

But the megalodon was not a lamna shark, but belonged to a related and completely extinct family. It is assumed, however, that he, like the white shark, was warm-blooded.

Previously, researchers have attempted to recreate a portrait of a prehistoric monster using the average shape of the body and fins of five modern warm-blooded representatives of the Lamniformes order . The authors of the new work evaluated the reliability of this method.

They decided to test whether the five warm-blooded species used to determine the body shape of the megalodon actually differed in appearance from the other ten modern cold-blooded members of the order.

Using two-dimensional analysis, they were unable to find any relationship between the body shape of sharks and their warm-bloodedness. Scientists believe that this ability arose several times independently in the evolution of these fish.

It is still possible that O. megalodon superficially resembled the great white shark or other members of the lamnae family.

But all the methods previously used to reconstruct his portrait cannot be considered reliable. According to the authors of the study, the exact restoration of the body shape of the megalodon requires the discovery of new fragments of the skeleton of this fossil shark. 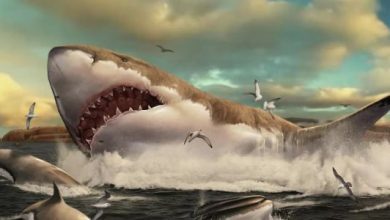 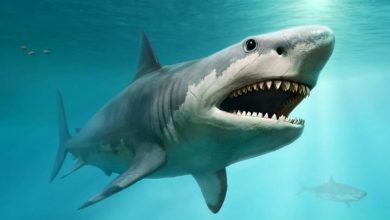 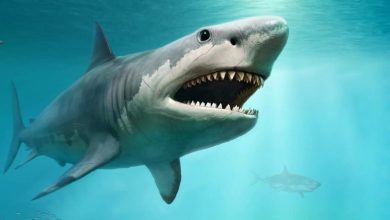 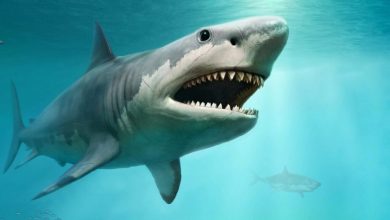