(ORDO NEWS) — When did astronomy begin? Good question. Answering is a pleasure. After all, the origins are reliably hidden by the darkness of the apocryphal times. And there happened just what each author seems most likely to do.

First, let’s answer the question: why did the ancestors need astronomy?

So, without astronomy, people could not:

1. Orient themselves on the ground, and therefore, remember and, if necessary, tell where their address should be.

2. Determine the days of the week and thereby skip Saturday and Sunday.

Imagine what a terrible life would await addressless, constantly nomadic humanity, besides deprived of clocks and calendars! Try setting up a date without knowing what day of the week to meet and not having a watch on your wrist. Astronomy was badly needed. And it was invented. When?

Traveling through time, we stopped in the Bronze Age. Well, let’s take

a look. It is approximately 2700 BC. Sailing boats gliding along the canal, fenced by a dam. They are not as elegant as modern yachts, but they are the first. And here is the first road laid by people.

Dusty, true, but this dust was raised by the first wheels of the first wagons. The road leads to the first city. A real city with the first high-rise buildings built of stone and brick.

In the city-states, the main buildings so far are temples. Kings concurrently perform the role of priests – the unity of secular and spiritual power. For 2700 years BC, Egyptian priests with great accuracy managed to predict the annual flood of the Nile.

And for this it was necessary to know the length of the year. It is impossible to establish the time between two passages of the Sun through the vernal equinox (in modern astronomy this is how the tropical year is celebrated) without long-term observations of the daylight.

Nevertheless, already 4 thousand years BC, the Egyptian priests set this period equal to 360 days at first, and then, observing Sirius, after 2 thousand years, an amendment was made to the calendar: the annual period was set at 365 days.

By the way, the Mayan priests, who had neither telescopes nor other precise astronomical instruments at their disposal, considered the same period to be 365.242129 days.

So, the Egyptians were far from the first to use observation of the sky for their own purposes. The search for the beginnings of astronomy takes us even further in time, to the era preceding the Bronze Age – to the Neolithic.

In western France and England, there are amazing structures – round or square fences made of huge stone slabs and pillars. Scientists call them cromlechs and menhirs. One of these structures – Stonehenge – is located in England. When the computer was asked the question, “What purpose could the builders of Stonehenge pursue?”.

The answer was that the most likely purpose of the structure is astronomical. And that it could only be built by those for whom determining the position of the Sun and Moon with an accuracy of one degree was not an insurmountable task.

There are suggestions that these structures could serve to store time. Something like an ancient calendar with sheets of tens of tons.

The Neolithic era is characterized by the appearance of the first settlements. Cultivated plots of land take the form of permanent fields.

During the period of tillage, predictions of natural phenomena become especially important. The first holidays of fertility and harvest appear. Men do not particularly like to spread about this period – after all, then matriarchy flourished.

Holidays were to be celebrated on the same days. So someone had to do the timing. And since the role of the calendar is the Moon and the Sun, their observers should have existed. So astronomy existed in the Neolithic era too.

And let’s dig even deeper into the Paleolithic era. This is the oldest period in the development of the primitive communal system. People have just “invented” fire. Warmed by its warmth, they sit on the thresholds of their caves, preparing for the next hunt. Moon! Even a person who has never shot a slingshot understands how important it is for hunting.

Now it’s simple: turn the calendar over – November 10 is a new moon. In six pages – seven days, the sixteenth, the first quarter. Another week is a full moon. Sunrise at 15:31, set at 9:28. All clear. But twelve or fifteen thousand years ago, all this had to be kept in mind. In general, for the sake of daily meat, the moon had to be watched. Is this not astronomy?

So, observations of the sky accompany us throughout the entire development of mankind. And what if we look even deeper, to the era of the emergence of life itself. It is well known that dogs howl at the moon.

However, it is not entirely clear what they mean by this. But the birds are precisely guided by the stars, setting off on flights. And bees and ants without the Sun would surely get lost and not find their way to the hive and anthill.

The examples can be continued ad infinitum. The view of the starry sky, the use of astronomical observations entered not only the mind, but also the instinct of all living things. When did astronomy begin? 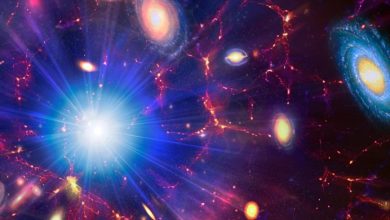