(ORDO NEWS) — Paleoanthropologists examined an artificially deformed skull that was discovered near Harbin. It turned out that it belonged to an adult man, about 40 years old, who lived about 11,000 years ago.

According to scientists, the deformed skull may indicate social or cultural differentiation in the local society. This is reported in an article published in the International Journal of Osteoarchaeology.

The practice of artificial deformation of the skull has its roots in ancient times. Thus, the earliest evidence of this, dating back to the early Holocene (about 12–10 thousand years ago), was found among Australian aborigines in the region of the middle reaches of the Murray River and among the carriers of the Pre-Pottery Neolithic A culture from the Iraqi Shanidar cave.

In cultures around the world, children were given tight bandages, straps, or planks at an early age when their skull bones remained soft and supple.

Scientists believe that the motives for which people practiced it differed at different times. Probably, the tradition arose as a sign of belonging to a certain group, which had a high social status. Other explanations include aesthetic preferences or religious beliefs.

Over the past few years, it has become known about two of the oldest skulls from China, which were artificially deformed. So, in 2017, paleoanthropologists described a find made in the province of Jilin (Girin) at the Houtaomuga site.

This skull belonged to an adult male, about 30 years old, who died about 12027-11747 years ago. Another find was made by accident. About 20 kilometers from Harbin, an artificially deformed skull (Songhuajiang-I) was discovered during underwater sand mining in the Songhuajiang River.

Radiocarbon analysis showed that this find is 11440±160 years old. The morphology of the skull has led paleoanthropologists to suggest that it belonged to a young male of 20–34 years old, similar in appearance to modern East Asians. 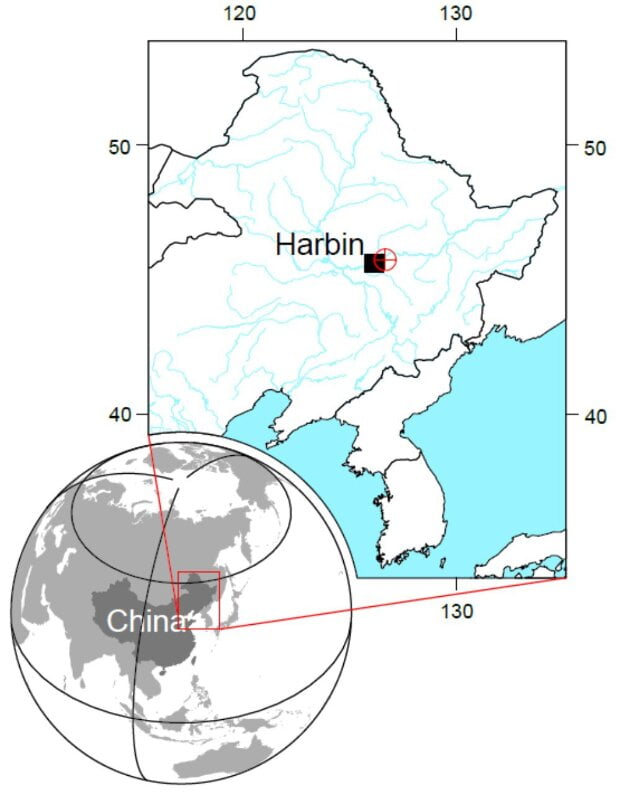 Xijun Ni from the Institute of Vertebrate Paleontology and Paleoanthropology of the Chinese Academy of Sciences, together with colleagues from China, studied the artificially deformed fossilized skull of Songhuajiang II, also found in an underwater sand mining site.

Radiocarbon analysis showed that the age of this find is 11095–10745 years, that is, it is about 300 years younger than Songhuajiang I.

Morphological analysis of the skull allowed paleoanthropologists to suggest that it belonged to a man who was about 40 years old at the time of death.

The complex features of these remains, such as moderate interorbital width, according to the researchers, are most common today among East Asians, especially among the Chinese.

As on Songhuajiang I, the consequences of artificial deformation are clearly visible on the new skull. Apparently, in early childhood, the head of this individual was compressed for a long time by planks, which caused a fronto-occipital deformity.

As a result of this deformation, the back of the skull, when viewed from above, appears noticeably wider than the front. The right parietal bone turned out to be shorter than the left one, which led to a pronounced asymmetry of the skull (plagiocephaly).

Scientists noted that such manipulations lead not only to a change in the external shape, but also to a change in the shape of the brain and the structure of blood vessels. In the case under study, this led, in particular, to the expansion of the parietal lobes, which turned out to be noticeably wider than the frontal ones.

In this they turned out to be similar to the populations of hunter-fisher-gatherers who lived in the Early and Middle Neolithic in the Angara and Upper Lena basins.

Paleoanthropologists have noted that in some cultures, artificial skull deformation was practiced only among the social elite.

Although the remains were discovered outside of an archaeological context, the rarity of such finds in the region, according to the researchers, indicates that this practice may be a marker of social or cultural differentiation.