(ORDO NEWS) — Discovered ancient dinosaur nests stretch from east to west for about 1000 kilometers. Six different types of eggs were found in the nests.

A recent study by the University of Delhi unearthed 92 titanosaur fossil nests, one of India‘s largest dinosaurs.

According to a press release published on Jan. 18, the discovery of 250 preserved eggs provides detailed information about the life of titanosaurs in the Indian subcontinent. 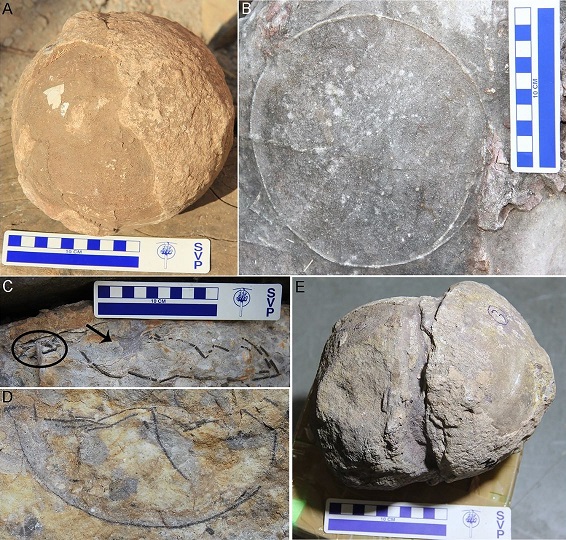 Dinosaur bones and eggs from the Late Cretaceous period (100.5 million years ago – 66 million years ago) are known to be present in a rock group called the Lamet Formation in the Narmada Valley in central India.

The authors of the study identified six different types of eggs, indicating a greater diversity of titanosaurs than previously known.

The team drew the appropriate conclusion based on the location of the nests. These dinosaurs buried their eggs in shallow holes similar to those dug by crocodiles.

Certain abnormalities found in the eggs (such as “egg within an egg”) suggest that the sauropod titanosaurs had a reproductive physiology similar to that of modern birds, and could lay eggs sequentially.

“Together with the dinosaur nests from Jabalpur in the upper Narmada Valley in the east and from Balasinor in the west, the new nesting sites from the Dhar region in Madhya Pradesh (Central India), covering an east to west stretch of about 1000 kilometers, constitute one of the largest dinosaur hatcheries.

The discovery points to an extensive hatchery for titanosaur dinosaurs in the Narmada Valley, making it a treasure trove of specimens and scientific discoveries that will help unravel what conditions favor nest preservation and how these dinosaurs bred.