(ORDO NEWS) — Spanish veterinarians have found that the Omicron strain is frequently introduced into the body of domestic cats and dogs from their infected owners, but this occurs less frequently compared to other variants of SARS-CoV-2. The results of the researchers’ observations were presented in an article in the bioRxiv electronic library.

“Our observations indicate that new strains of coronavirus can be transmitted from humans to animals, but they are inferior in infectivity and potency to previous variations of SARS-CoV-2. This once again underlines the need for monitoring the spread of COVID-19 among animals “, the researchers write.

Over the past two years, veterinarians and biologists have discovered many examples of how the SARS-CoV-2 coronavirus or similar pathogens have entered the populations of many wild and domestic animals.

In particular, scientists from the United States found antibodies to coronavirus in blood samples from white-tailed deer and feral cats, and before that, scientists discovered evidence that SARS-CoV-2 can infect minks, lions, tigers, raccoon dogs and many other wild animals.

A group of Spanish veterinarians led by Sandra Barroso-Arévalo, a researcher at the University of Madrid (Spain), wondered if there were differences in this regard between the omicron variant and previous strains of SARS-CoV-2.

A large number of mutations in the genome of this variation of the COVID-19 pathogen, as scientists have suggested, could greatly affect its ability to enter the body of pets.

Barroso-Arévalo and her colleagues tested this hypothesis in practice, for which they collected sputum samples from three dozen cats, 50 dogs and one rabbit, whose owners became infected with COVID-19 between mid-December 2021 and the end of March 2022. These samples were subsequently analyzed using PCR tests and genomic sequencing systems.

As it turned out, traces of particles of the strain “omicron” were present in the body of approximately 10% of pets, including seven cats and one dog.

According to their owners, in none of these cases did the pets show signs of anxiety, depressed mood or other symptoms of COVID-19 infection, which indicates a mild course of the disease.

In this respect, the Omicron strain differs markedly from previous variations of SARS-CoV-2, which quite often caused visible symptoms of the disease in dogs and cats and in some cases claimed the lives of pets.

As the researchers suggest, this speaks in favor of the fact that the appearance of a large number of mutations in the genome of the Omicron strain really worsened the ability of the coronavirus to penetrate into the cells of pets.

At the same time, scientists emphasize that the Omicron strain has not lost its ability to be transmitted from humans to animals, which can potentially serve as one of the important channels for its spread, and can also contribute to the emergence of new strains of SARS-CoV-2.

This must be taken into account when monitoring the epidemiological situation, summed up Barroso-Arévalo and her colleagues. 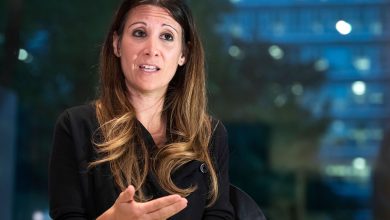