(ORDO NEWS) — Long before the Incas came to power in Peru and began to celebrate their sun god, a little-known civilization was building the earliest known astronomical observatory in the Americas.

Although not as ancient as Stonehenge, these ancient ruins, known as Chanquillo, are considered “a masterpiece of human creative genius” and have unique features found nowhere else in the world.

Situated in the coastal desert of Peru, this archeological site is famous for its row of 13 stone towers, which together trace the hill’s horizon from north to south like a toothy grin. 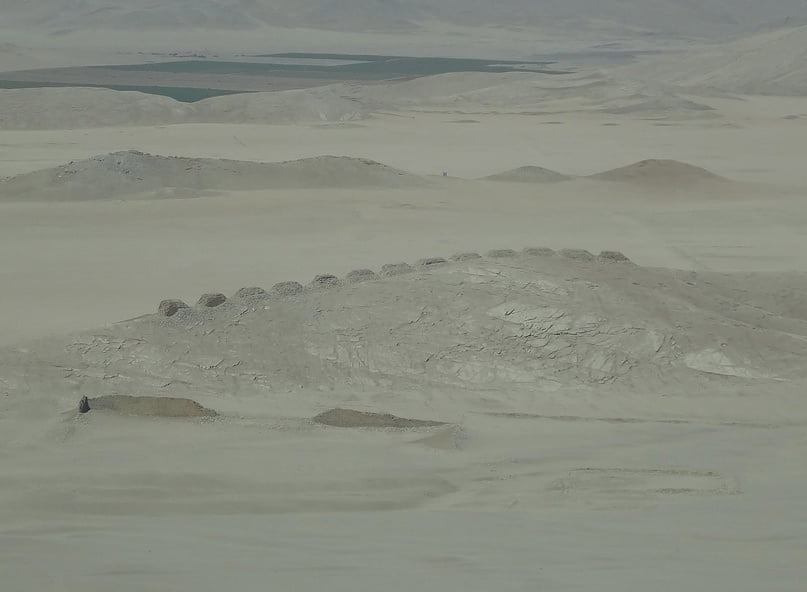 Apart from this remarkable structure, known as the Thirteen Towers, the ruins of the observatory also include a three-walled hilltop complex called the Fortified Temple, and two sets of buildings called the Observatory and the Civic Center.

Completed over 2,300 years ago and abandoned in the first century AD, this site has remained a mystery to travelers for centuries.

It wasn’t until official excavations began around the turn of the 21st century that archaeologists realized what they were looking at.

Against the backdrop of the barren desert landscape and in the light of day, the stone structures on the hilltop, stretching for about 300 meters (980 feet), do not look very attractive. But it is quite another matter at dawn and dusk.

When the sun rises in the east, a ball of light appears somewhere on the crest of the towers. As the year progresses, so does the position of the sunrise, as if the light is descending on a jagged horizon.

The Chanquillo towers were so carefully positioned that if an observer stands at a certain vantage point under the ridge, he can predict the season within two or three days, based on sunrise or sunset alone.

The observation post, looking west towards the ridge – this is the building of the Observatory – uses the sunset. All that remains of the eastern vantage point is the unfinished stone outline of the chamber, but it is symmetrical and was intended to take advantage of the rising sun.

The September equinox, for example, is determined when the Sun sets between the sixth and seventh towers, as shown in the image below. 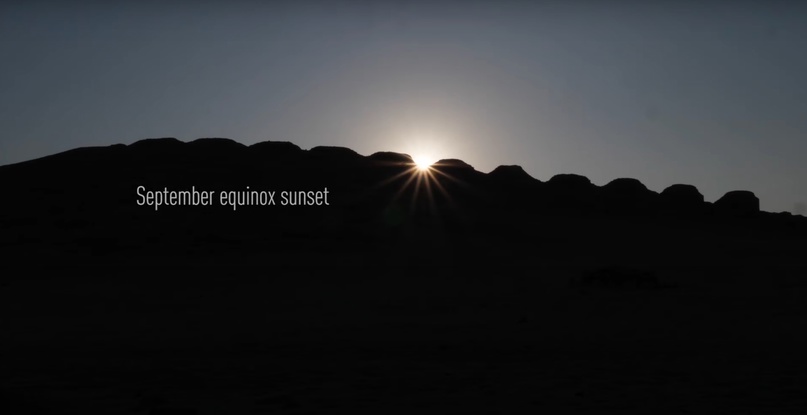 The ancient civilization that created the solar observatory is almost unknown, but it was one of the oldest cultures in the Americas. In fact, this culture preceded that of the Incas, who also excelled in astronomy, by more than 1,000 years.

Since the ruins of Chanquillo attributed to this civilization are in the coastal desert between the Peruvian rivers Casma and Sechin, the original builders are now known as the Casma-Sechin culture.

Like the Incas, this civilization probably considered the Sun to be some kind of deity. Stairs leading to each tower suggest that this place was once used for rituals.

According to archaeological excavations, the observatory was probably built between 500 and 200 BC. Then, for some reason, the place was abandoned, and the towers fell into disrepair.

According to archaeologists, during their heyday, the structures were plastered with yellow, ocher or white paint and painted with graffiti or fingerprints.

However, even devoid of decoration and falling apart, the remains of these stone towers still accurately record the days of the year. Currently, work is underway to preserve the accuracy of the ancient calendar.

In 2021, the Chanquillo Archaeoastronomical Complex will officially be included in the UNESCO World Heritage List for its outstanding craftsmanship and understanding of the worldview of ancient societies.

“In contrast to the architectural alignment to a single astronomical target found in many ancient sites around the world, the line of towers covers the entire annual arc of sunrise and sunset, observed respectively from two separate vantage points, one of which is still clearly visible above earth,” the UNESCO description reads.

“Thus, the solar observatory at Chanquillo is evidence of the culmination of a long historical evolution of astronomical practice in the Casma Valley.”

Real or artificial: Which Christmas trees have a greater impact on the environment

Real or artificial: Which Christmas trees have a greater impact on the environment