(ORDO NEWS) — Believe it or not, artificial eyes have been around for thousands of years. In addition to improving the appearance of a patient in need of an artificial eye, artificial eyes also prevent overgrowth of tissue in the orbit and keep foreign particles from entering the eye without a bandage or bandage.

While prosthetics may seem like a recent development in medicine, they actually have one of the most ancient origins in the history of medicine. For example, the world’s oldest eye prosthesis was discovered in Iran’s Burnt City in 2006.

Archaeologists have determined that this eye dates back to around 2900-2800 BC. BC. and was found still embedded in the eye socket of a female skull.

The discovery of this eye reveals an ancient history of prosthetics, including eyes, legs and arms. The detailed study of the eye also reveals early ideas about light, vision, and the purpose of prostheses.

By analyzing the structure, location and purpose of the ancient prosthesis, we can get more information about the Burnt City itself, as well as how this creation influenced the development of medicine. 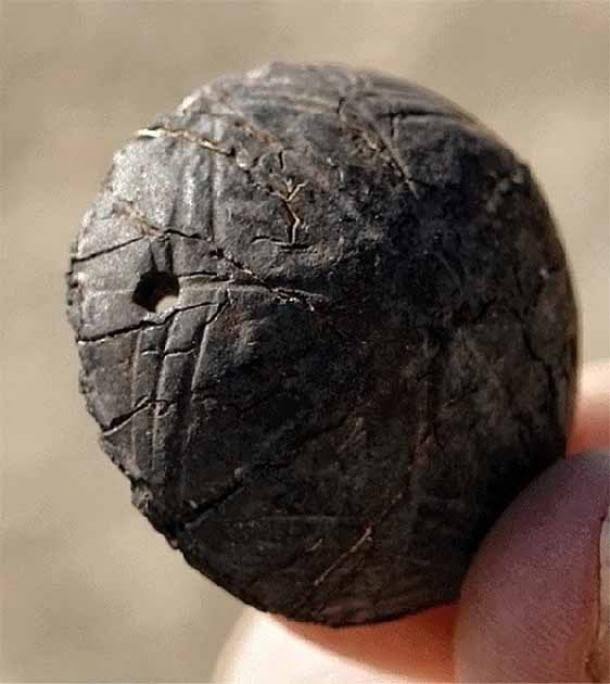 Shahr-e Sukhtekh is an archaeological site of an ancient Bronze Age urban settlement in present-day southeastern Iran. This place is called the “burnt city” because most of the city was burned as a result of numerous fires that began around 3200 BC.

Due to the age of the artifacts found at the site, archaeologists believe the city was abandoned around 2350 BC, although it is not clear if the fire was the final reason for the sudden abandonment of the city.

Since 1997, numerous excavations have been carried out in the Burnt City. Notable finds made at the site include an ancient dice board game, a skull showing ancient brain surgery, a marble goblet, and a decorated piece of Bronze Age leather.

However, the most interesting discovery was the world’s oldest artificial eye, found in 2006. The eye was found in the remains of a woman estimated to be six feet tall, and there is physical evidence that the eye was worn while alive rather than inserted after death. They estimated that the woman was between 25 and 30 years old at the time of her death.

The archaeologists who discovered the fake eye say that the prosthetic eye was made from a mixture of natural resin and animal fat, which likely kept it moist and strong during use 4,800 years ago.

Those who have studied the eye have been fascinated by the detail. There were individual capillaries in the eye, drawn with gold wire less than half a millimeter thick. A round pupil was cut out in front, with parallel lines drawn around it to form a diamond-shaped iris.

Two gold-wire holes were found on either side of the artificial eyeball, which illustrated how the eye was supposed to stay inside its socket. This soft gold wire kept the insert soft and at the same time provided the support needed to keep the eye from falling out. They also helped the eye to move gently in the socket.

Specialists who studied the eye suggested that it was worn during the life of a woman, since the tissue of the eyelid adhering to the eye was preserved. They also found evidence from this tissue and surrounding tissues on the woman’s skull that she may have developed an abscess on her eyelid from rubbing against the artificial eye when she blinked.

In the grave of an ancient woman, archaeologists found a lot of clay vessels, decorative beads and jewelry. They also found a leather bag and a bronze mirror, both of which were in excellent condition. These finds have led archaeologists to speculate that this woman was of high social status and may have been a member of the royal family.

Only people of high social status could have such rich clay, leather and copper jewelry. This also confirms the reason she had the artificial eye. If she was in a high position, she needed an eye to maintain her appearance, and she was one of the few who had the financial resources necessary to make an artificial eye that was just right for her. 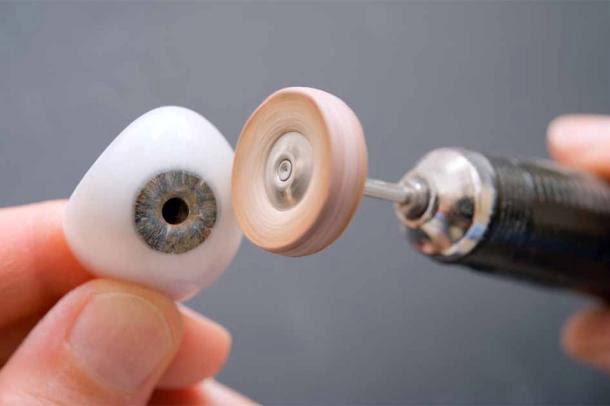 Details in the craftsmanship of the discovered fake eye show that the maker had considerable knowledge of the anatomy of the eye.

From the thin layer of gold depicting the iris of the eye to the smallest blood vessels illustrated with gold wire, the eye has been crafted with taste and at the same time precisely for its owner.

In addition to these details, pieces of white were found on the white part of the eye, suggesting that the eye was once carefully painted to represent the eye realistically.

Other details of the eye allow archaeologists to conclude that the eye was handmade in the Burnt City, rather than manufactured elsewhere and imported. This tells us that at some point in the history of the Burnt City, eye health was studied by physicians and artisans.

This attention may have led to other medical advances in the treatment of eye conditions such as infection or blindness in the city, although no further evidence for this has been found.

The development of artificial eyes in other areas differed somewhat from the eye found in the Burnt City. In 16th century France, surgeons made artificial eyes out of gold and silver, which were worn either in front of the eyelid or behind it. Shakespeare mentioned glass eyes in King Lear in 1606.

In the 1800s, enamel artificial eyes were attractive but short-lived, and progress continued into today’s prosthetic eyes, which are made from hard acrylic, a type of durable plastic.

Prosthetics have certainly come a long way since the resin and animal fat eye found in the Burnt City. However, the analysis of this eye still reveals an impressive ancient understanding of eye anatomy, which is interesting to consider when thinking about ancient Iran.

As medical knowledge advances, perhaps someday we will see even more durable and effective prostheses for those who need them.