US, WASHINGTON (ORDO NEWS) — The Covid-19 crisis caused a simultaneous economic shock of supply and demand, generating an increase in anxiety in the financial asset markets, fueled by ambivalent, even contradictory signals sent by the major oil producing countries, reports Slate magazine.

Investors also adopted speculative and mimetic behaviors, encouraged by the growing uncertainty and the erratic dynamics of the prices of securities that this has generated. One of the manifestations of these speculative bets was the multiplication of short selling (sales of securities which we anticipate falling) on ​​futures contracts (for which delivery is scheduled for a predetermined deadline), further accelerating the fall prices on the spot market.

The importance of the “paper” petroleum market (compared to the physical market), as well as the possibility for investors to take positions in Exchange Trading Commodity (commodity-based investment vehicles), has without doubt accentuated the volatility and contributed to the fall of the WTI, (the West Texas Intermediate, benchmark in fixing the price of crude in the United States) in negative territory, on April 20.

Faced with saturated oil storage capacities , operators have even preferred to sell off their barrels in order to get rid of them as quickly as possible, chimerical and opportunistic behaviors dictated more by survival instinct and collective effects than by economic reasoning. rational. 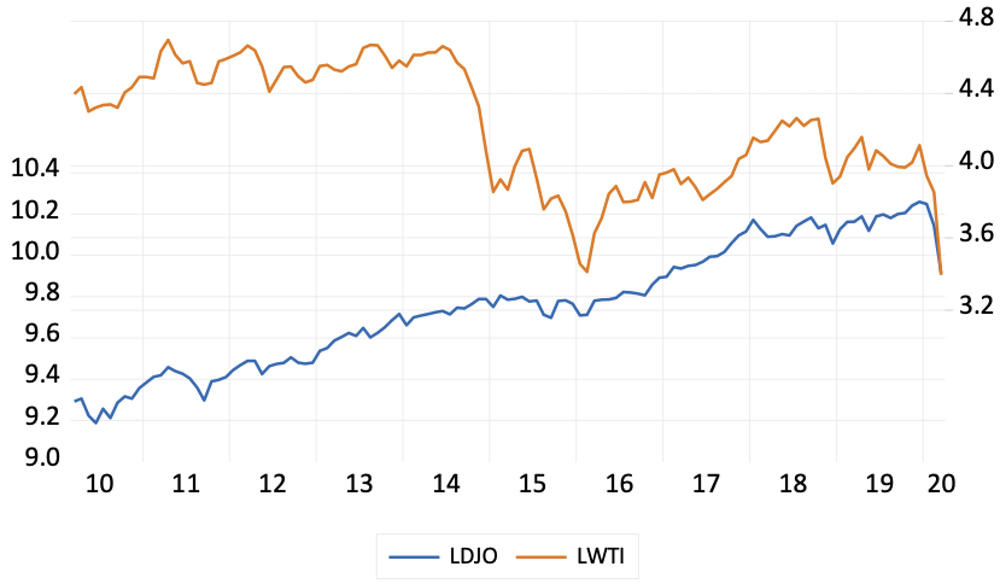 These behaviors have led to different dynamics depending on the stock, exchange and real estate markets.

Since March, the global financial markets have experienced waves of synchronous and dramatic depreciations. Many investors are now anticipating a historic recession which, in a context of massive indebtedness, especially of companies from emerging countries, will undoubtedly exacerbate the risks of insolvency.

However, the Covid-19 crisis does not explain everything . By the end of 2019, the financial markets had reached valuation levels that some judged far beyond what the anticipated state of economic fundamentals could justify (the Dow Jones had gained nearly 175% in ten years, the Nasdaq more than 300%). A correction was expected.

However, the high volatility observed on the markets in recent weeks is also explained by the instability of the emotional states to which speculators are very often exposed.

According to the dynamics of the collective emotions of the actors of finance, waves of pessimism, worry or panic then optimism, enthusiasm and exuberance , followed one another. Fueled by changes in the tone of media comments, they disrupt price dynamics, often independently of changes in economic fundamentals .

Change: the dynamics are reversed

The evolution of oil prices and that of the US dollar generally show a negative correlation. In fact, when the price of a barrel decreases, the demand for oil – all other things being equal – increases, generating an increase in demand for the American currency (knowing that WTI and brent, the equivalent in Europe, are denominated in dollars).

However, the dynamics of oil prices and the dollar-euro exchange rate interact in complex ways.

Thus, the opposite trends between the oil price and the dollar exchange rate are not completely synchronous. In 2014 and during the period 2016-2017, the adjustment of the dollar preceded that of the WTI, which suggests a causal relationship between the dollar and the price of oil.

However, during the Covid-19 crisis and until today, the causality is reversed and it is now the price of oil which precedes the adjustment of the dollar. If the meaning of this relationship is to persist, it might be possible a priori to predict the dynamics of the dollar and anticipate its changes in trends from the evolution of the price of oil.

As we can see here, macroeconomic fundamentals are undoubtedly much more important for understanding exchange dynamics. Collective emotions seem to play a more secondary role.

The question mark of the real estate market

Investing in stone is often seen as a form of refuge in the face of increased risk; in the minds of many, it stands out as a long-term investment.

As a result, speculative behavior induced by the health and financial crisis and the volatility of the price of a barrel should not, at first glance, have a significant effect on property prices. Illustrated by a continuous upward trend in the American housing index since 2012, despite the corrections in the price of a barrel, in 2014 and 2020 .

In France, the volume of transactions in the former increased by 11% in 2019. Even if the containment practically put the real estate activity to a halt, the restart linked to the deconfinement which is starting could allow to regularize the all suspended transactions.

However, the long-term outlook remains uncertain to say the least and will depend on investors’ perception of the development of the health situation and a possible second epidemic wave.