In the southeast of modern Turkey, archaeologists led by Hüseyin Metin explored the ruins of the city of Dara. Dara is known mainly as a military fortress from the Byzantine period, although the original settlement is much older.

This time they unearthed a building, which, apparently, is a production facility where olive oil was made. The inventory found was previously dated to the 6th century AD – and this is a very strange date. 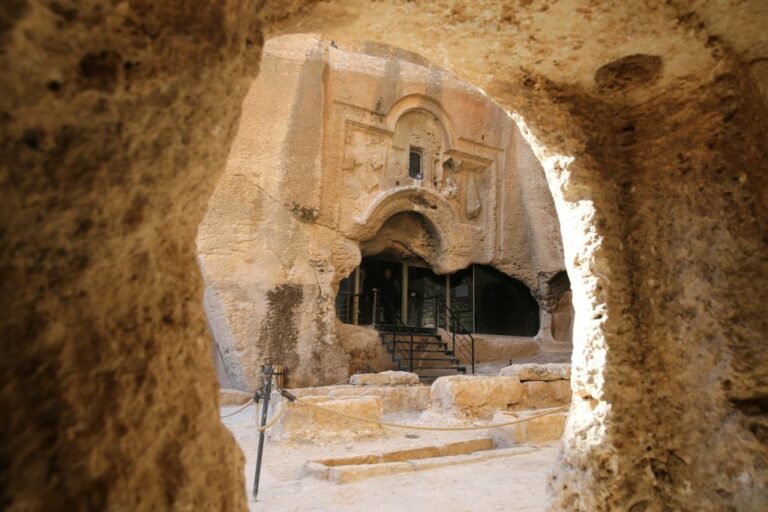 Archaeological finds allow us to conclude that Dara was built as a city at a crossroads – this is the north of Mesopotamia, where there was a lively trade until the end of the Achaemenid state.

After the empire ceased to exist under the blows of the army of Alexander the Great, the area was deserted, people still lived in Dara, but it was just a small town in a deep province. And so it went on for several centuries.

Then the city was almost on the border between two states: Sasanian Iran and the Roman Empire. In 363 AD, the Persians captured the capital of the Roman province of Mesopotamia – the city of Nisibis – and began to threaten the rest of the territories. Small skirmishes occurred from time to time, but there were no serious attacks so far.

In 502 AD, Kavadh I , the ruler of the Sassanid Empire, invaded Byzantine Armenia, sacked and burned its capital, Theodosiopolis (modern Erzurum), devastated the province, drove the inhabitants into slavery, and then headed for Mesopotamia. This was the beginning of the Iranian-Byzantine war of 502-506.

It became obvious that the Byzantine border was not so bad, but practically not fortified at all, and the Byzantine emperor Anastasius I ordered the construction of a fortress in Dara. Quarries even began to work there, but in 506 Constantinople was forced to sign a peace treaty with the Sassanids, so the construction was postponed until better times.

Better times came under Emperor Justinian I. He was engaged in serious reforms in almost all aspects of the life of the empire, including strengthening the borders.

According to Procopius of Caesarea, the walls of the fortress reached 20 meters in height, and the towers – 35 meters. It was surrounded by a moat with water around its perimeter. Upon completion of the construction, the city became known as Justiniana Nova (Iustiniana Nova).

Under Justinian I, wars with Iran flared up with renewed vigor and Dara became a real military fortress with a well-trained garrison. We know (thanks to the same Procopius of Caesarea) that in 530 the Byzantine army under the command of the commander Belisarius (whose Procopius served as secretary) defeated a large Persian army in the battle of Dara. Moreover, the forces of Iran exceeded the army of Belisarius twice.

Procopius claims that the Byzantine losses at the Battle of Dara were negligible – and he may be right. But Hussein Metin’s group has been studying the famous gallery necropolises on the outskirts of Dara for many years.

They date back to the 6th century, and these are places of mass burials. Many chambers are carved into the rocks and connected to a common gallery. At the entrance, archaeologists found objects with Christian symbols, which means that the burials were made in the Byzantine period (which coincides with the dating). 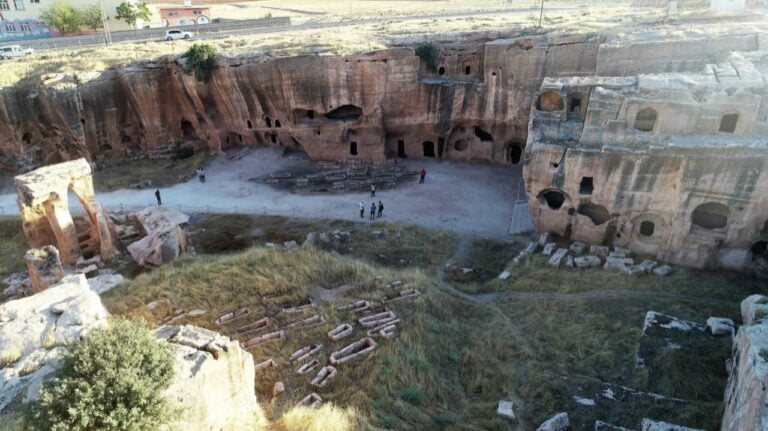 There was an assumption that this is a mass grave in which the dead in some major battle were buried. But the sources do not tell about such a battle. It can be assumed that Procopius of Caesarea downplayed the losses of the Byzantine army, but this is unlikely.

Belisarius is one of the most famous (and absolutely deserved) generals of his time, the battlefield was left to him – Procopius had no need to embellish reality.

The new find suggests that Dara was not a purely military fortress. Hussein Metin argues that the number of civil buildings there is very large for a simple border fortress, and the necropolises were not only places for military burials.

The oil mill is also too big to talk only about meeting the needs of the city itself – most likely, supplies went to foreign markets.

According to Metin, even being in the status of a border fortress, Dara was also a place where olives were grown, oil was produced and traded with other cities. He believes that he will find traces of such trade during new excavations.