(ORDO NEWS) — Sumerian literature is considered one of the oldest written texts in human history. It tells about the gods of the Anunnaki and the history of mankind from the very beginning.

There are several examples in Sumerian texts that hint at a connection between the human race and extraterrestrials.

There are legends about anthropomorphic gods in various ancient cultures of the world, including the legend of Oannes, a deity who came from the sea and taught the Sumerians all the advanced knowledge to create a civilization.

Since time immemorial, people have told stories about unusual divine beings who brought them knowledge to create a civilized world.

Ancient cultures attribute exceptional wisdom and versatile abilities to these creatures. Ancient people even recognized that these mysterious creatures were responsible for building their civilization. 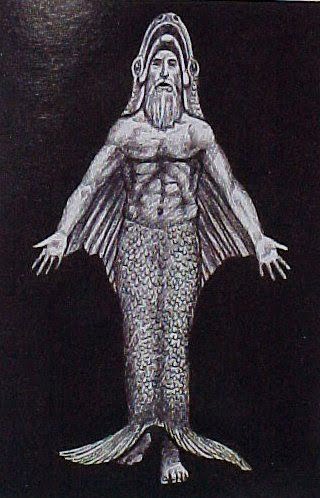 Tales of divine teachers were passed down by almost all ancient cultures. The Incas spoke of a mysterious creature named Viracocha. The Persians described a god known as Ahura Mazda who brought knowledge. Similarly, in ancient Egypt, Osiris is in charge of all development.

In turn, the creator of the Mayan civilization was supposed to be the mysterious Kukulkan. In other cultures we also find stories of intriguing characters such as Tangaroa, Bep Kororoti, Nammu, and so on. All these creatures were distinguished by great knowledge and came to people from different planes, dimensions or worlds.

Are reports about them only myths and legends, or did aliens really make contact with the first people a long time ago and help them build a civilization? It is worth considering this issue by analyzing the legend of the mysterious Oannes. 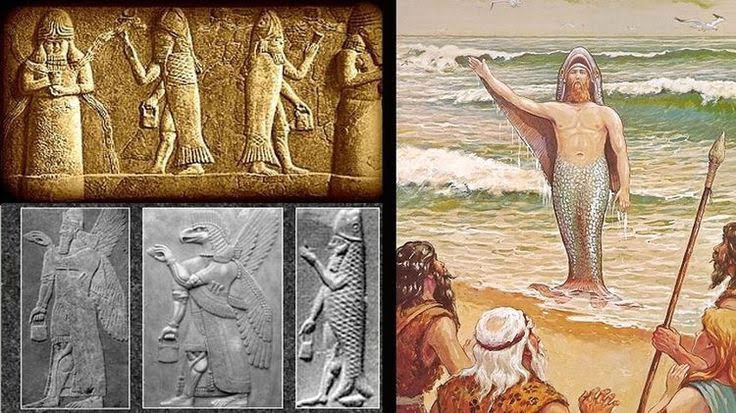 The first highly developed civilizations appeared on the territory of Mesopotamia, whose people worshiped the Anunnaki gods.

The people of these cultures had a very developed system of religious beliefs, in which a whole host of divine beings who arrived from the sky coexisted. The most famous were the Anunnaki, a group of unusual beings led by Enki and Enlil.

However, in Mesopotamia, people also spoke of a group of seven teachers called Apkallu who brought culture and civilization to the people.

Each of the seven wise men taught people, passing them knowledge on various topics. The oldest and most important teacher was the mysterious being whom the Sumerians and Babylonians called Oannes, Adapa, or Huanna. 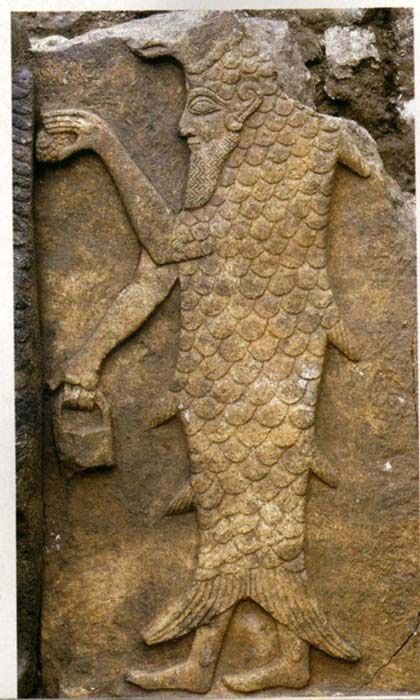 Berossus described this creature as follows:

“At that time, there were many different tribes in Babylon, they lived in a barbaric way, like animals in a field. For a year now, Oannes appeared on the coast washed by the waters of Eritrea, on the border with Babylon.

He had a fish body, under a fish there was another human head, humanoid legs sprouting from a fish tail. Its tongue was human.”

Could the description of Oannes’ appearance indicate that he might have been wearing something resembling a suit?

Berossos says the creature spent its days with humans, never eating anything, but teaching humans the skills needed for writing, mathematics, and all sorts of knowledge: how to build cities, find temples, and legislate.

It taught people to set boundaries and divide the land, as well as to plant seeds and harvest fruits and vegetables. In short, it has taught people everything that contributes to a settled and civilized life. 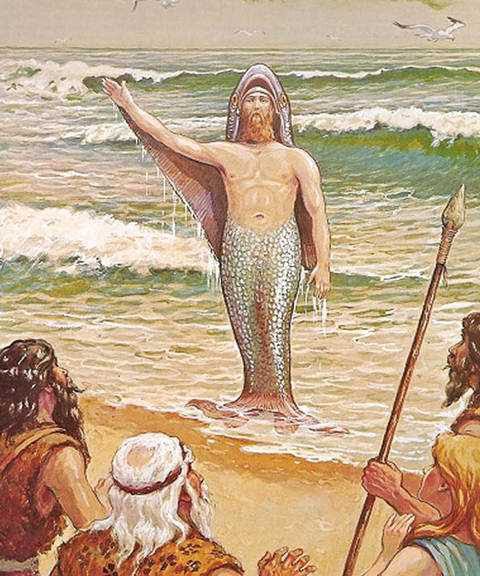 It would seem that the description of Oannes turns out to be very important, since other cultures have similar examples of creatures. In the Bible, the archangel Raphael, who accompanied the prophet Tobias, behaved in exactly the same way.

On the other side of the world, the Kayapo Indian tribe lives in the Amazon jungle and tells stories about a creature called Bep Kororoti.

According to their stories, the divine teacher Bep Kororoti did not eat or drink anything and was dressed in what looked like an astronaut’s spacesuit. The Kayapo Indians never interacted with the Sumerians, but the description of the mysterious sage is surprisingly similar.

The story of Oannes is so curious that even the famous astronomer Carl Sagan became interested in him. In his book Intelligent Life in the Universe, published in 1966, he acknowledged Oannes’ description as an example of possible contact with extraterrestrial beings in antiquity.

Sagan wrote that beings such as Oannes may have been aliens from outer space who became interested in the teachings of mankind, and great cultural changes occurred with their appearance. 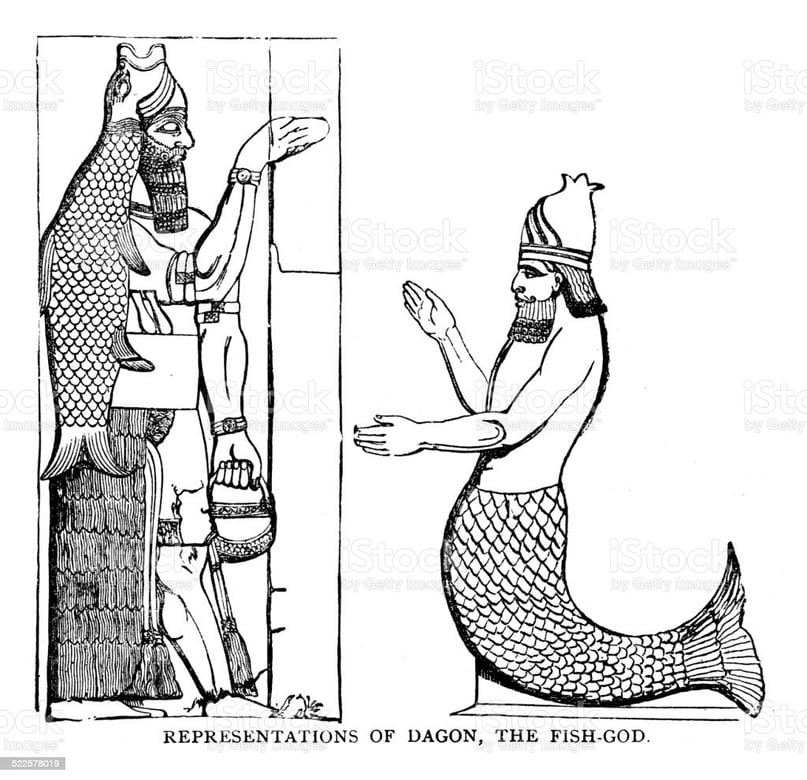 Carl Sagan described the story of Oannes as:

“… a legend that almost exactly matches some of our criteria for a genuine contact myth… Taken at face value, the legend suggests that contact between humans and a non-human civilization of great power took place on the shores of the Persian Gulf, possibly not far from the site of the ancient Sumerian the city of Eridu, in the fourth millennium BC or earlier…

The Sumerian civilization is portrayed by the descendants of the Sumerians themselves as having non-human origins.

Over the course of several generations, a succession of strange creatures appears. Their only apparent purpose is to instruct mankind. Each of them knows about the mission and achievements of their predecessors.”

It seems incomprehensible why God, who is presented as a cosmic deity, comes out of the sea and does not come from the sky. In the tales of ancient cultures, the gods often lived in the seas, from where they came to the surface with the help of mysterious flying houses or balls of light. 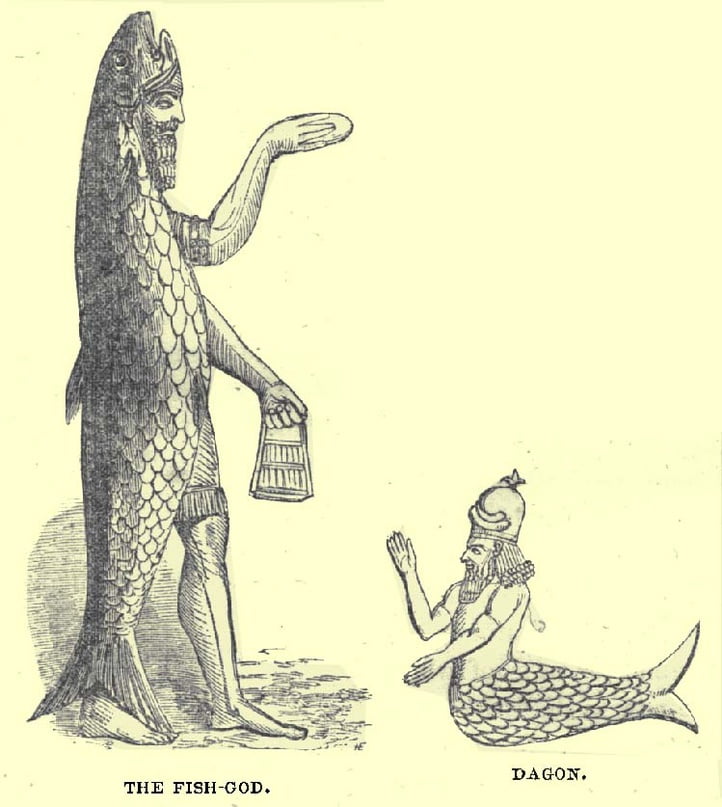 Not only did Oannes come from the depths of the seas, but Viracocha and Solomon Adaro did the same.

The story of Oannes is another example of an unusual teacher who taught the first people. Is this just a myth with no real place, or did characters like Oannes really exist?

The number of accounts of divine sages that we find in non-contact cultures is staggering. Perhaps, a long time ago, an advanced civilization of intelligent beings arrived on Earth, and its representatives taught the first people, passing them knowledge on various topics.

Oannes, an alien from the sea who taught the Sumerians everything they need to build a civilization

Oannes, an alien from the sea who taught the Sumerians everything they need to build a civilization