(ORDO NEWS) — As a rule, the color of an iceberg depends on the ice shelf that it broke away from and its age. Most often it is white, since the recently broken-off ice mass contains a large amount of air in the upper layers of compressed ice. But over time, these lumps, layering, push air bubbles out of the ice, creating air pockets and reducing the scattering of white light.

As a result, ice absorbs most of the light spectrum except for blue, and the iceberg appears blue. With age, the hue darkens, and blue icebergs are those that are likely to be more than one thousand years old.

But the origin of the other flowers does not explain. The mystery of green icebergs was solved by the glaciologist from the University of Washington Stephen Warren. In 1988, he was hit by a green piece of ice that broke away from the Amery ice shelf in East Antarctica.

Examining it with colleagues, the scientist found that the unusual color shows a large amount of iron impurities that come from stones. When glaciers move over stones, they are crushed into fine powder. Further, upon contact with sea water, iron oxidizes, and the oxide particles at the moment of light scattering acquire a green tint. 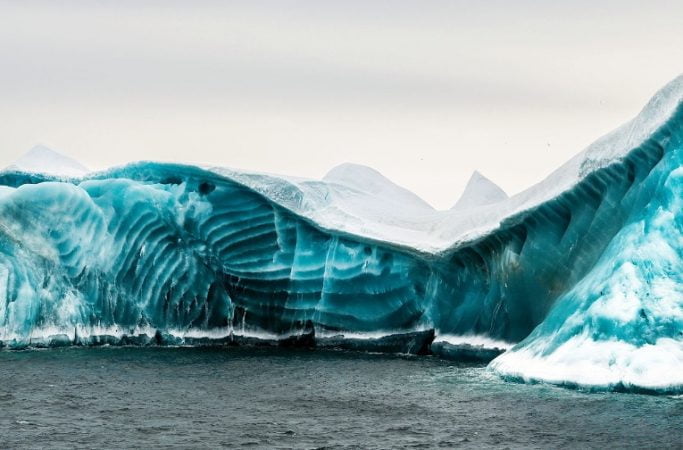 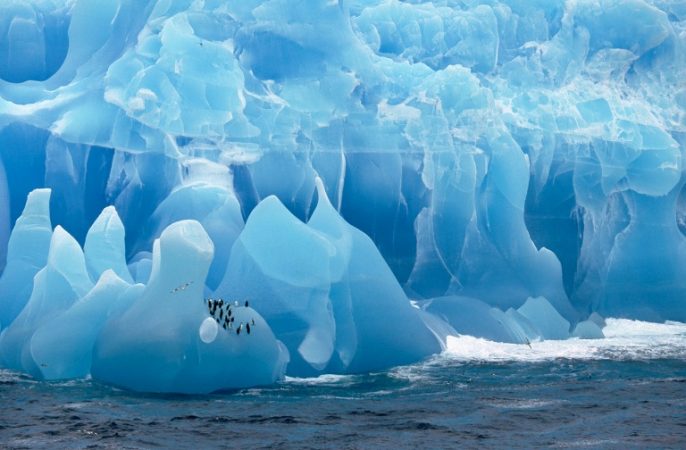 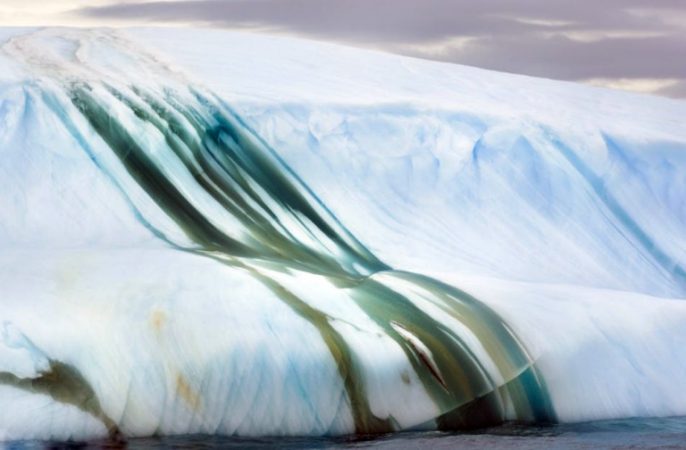 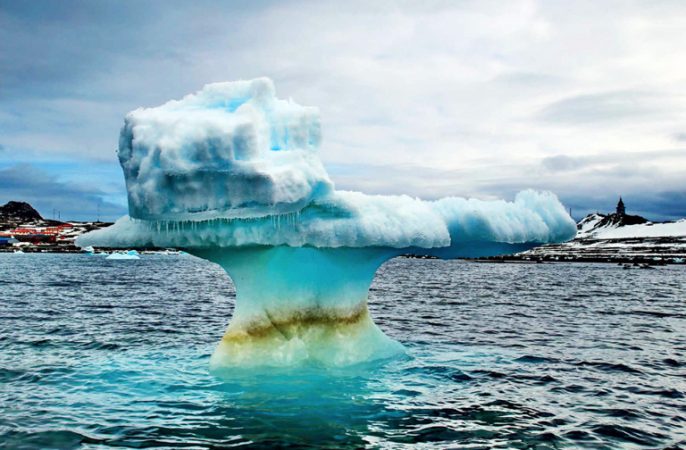 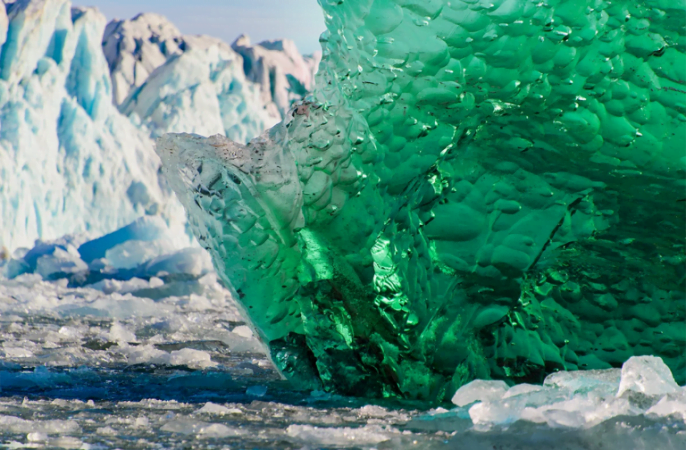 Striped color icebergs also give various impurities. The bulk of the block of ice is frozen fresh water, which, “traveling”, is in contact with seawater. The bands occur when the water is re-frozen in the glacier from which the iceberg broke off, and when sea water penetrates into its layers. When the water is rich in algae and plankton, the stripes take on a green hue.

Also, the ocean contains metallic impurities, and there are ore deposits at the bottom of the ocean, which can also affect the shade. A brown or black color indicates that during the formation of the iceberg, volcanic ash fell on it.

By the way, there are completely black icebergs. They are formed when the glacier begins to move and removes from the surface layers of rock or soil, which later form a black color in its thickness. This shade may also be the remainder of the volcanic dust that covers the parent glaciers. Sailors have long believed that meeting a black iceberg is a disaster.

As you can see, there is no mysticism in its color, but to notice such an ice block is really more difficult than, for example, white. Moreover, black icebergs usually swim not one by one and often freeze among themselves.

The glacier can stay in one position for decades, and during this time the impurities that sea water is rich in can add new colors to it, and the wind can make its own corrections to the pattern. Swimming between icebergs is not recommended for safety reasons, but from the outside they are an incredibly beautiful sight.