(ORDO NEWS) — Norwegian archaeologists reported on the results of a survey of mountainous terrain in the Jotunheimen National Park.

They found numerous artifacts that had melted out of the glacier, most of which date back to the 5th-6th centuries AD. Among them were 362 “scare sticks”, an iron arrowhead, a knife, as well as stone hunting shelters. This is reported by Sciencenorway.

Global climate change has allowed the development of a new scientific direction – glacial archeology, in which scientists search for and study artifacts that have been stored in ice for a long time.

A serious impetus for the development of this direction was the discovery by German tourists in 1991 of an ice mummy that had lain in the Ötztal Alps for more than five thousand years, which can be found in detail in our material “From the abyss in the ice”.

Similar studies are being carried out in different regions, for example, in Canada, they found the mummies of a wolf cub and caribou, and in Mongolia, they found the remains of argali and ancient weapons. 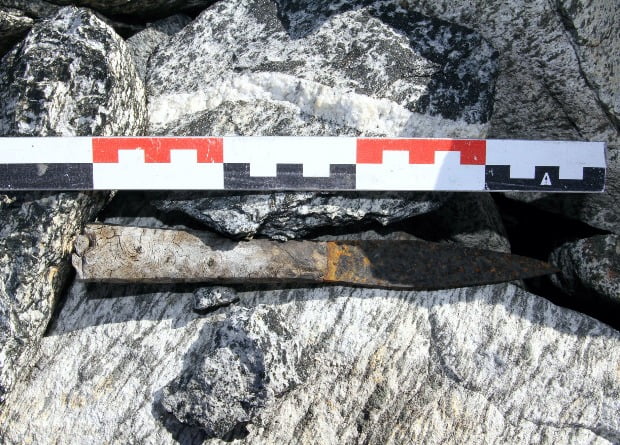 Knife of the 5th-6th centuries AD, found by archaeologists in the Yutunheimen National Park

One of the promising regions for glacial archeology turned out to be the Scandinavian mountains, where the largest glaciers of mainland Europe are concentrated. A systematic study of this territory began after 2011, when scientists found a woolen tunic from the 3rd-4th centuries AD frozen into the ice in the area of ​​the Lendbren mountain pass.

Since then, archaeologists, among whom the Secrets of the Ice project team stands out, have managed to collect hundreds of artifacts, the oldest of which are about six thousand years old. Only in recent years have they found an ancient busy road, a lost Viking settlement, a medieval candle box and wooden skis. 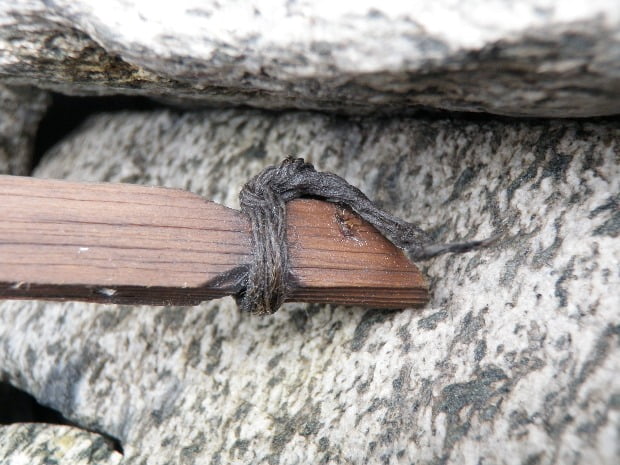 The Secrets of the Ice glacial archeology project team, led by Lars Pilø, spoke about the results of a study of the area on the Trollsteinhee mountain, located in the north of the Jutunheimen National Park, where the first work was carried out back in 2011.

During these surveys of the territory, located at an altitude of about 2100 meters above sea level, scientists discovered finds about 1500 years old. The warm summer of 2019 further freed the area from the glacier, and the researchers found more ancient objects, for example, three arrows of the Late Neolithic and the Bronze Age, 3000–4000 years old.

During recent work, archaeologists have found 362 “scare sticks” that were used by ancient reindeer hunters. They were stuck into the snow, creating a kind of corridor in order to control the movement of these shy animals and let them in at a distance of a bow shot, that is, 10-20 meters.

Three of them have preserved woolen threads that date back to the 5th-6th centuries AD, while the wood belongs to the 3rd century. Archaeologists believe that a younger age seems to be correct, as evidenced in particular by arrows found in the area. 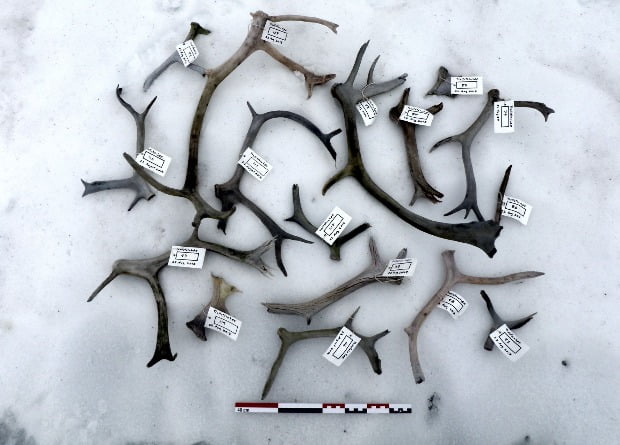 Pile noted that the Late Antique Little Ice Age, which began in 535–536 AD, made life in Scandinavia much more difficult.

Findings made by archaeologists indicate that the worsening climate has made it difficult for the usual agricultural activities and forced people to hunt more often. In his opinion, until the Viking Age, this did not affect the population of wild animals, until the Northern European market was created for the trade in deer skins and antlers.

Archaeologists reported that this year they managed to make other finds. Among them was an iron arrowhead measuring 18 × 2 centimeters and weighing about 32 grams. The shape of this object indicates that its age is about 1500 years.

Another valuable artifact was a knife, which, apparently, was lost in the snow by an ancient hunter. Radiocarbon analysis of its birch handle showed that it dates from the 5th-6th centuries AD. In addition, archaeologists found five stone hunting shelters and more than 70 deer antlers and bones.