US, WASHINGTON (ORDO NEWS) — North Korea has no cases of a new coronavirus, a senior health official in Pyongyang told AFP, at a time when some states doubt the absence of contamination in this country surrounded by the China and South Korea.

North Korea, poor and diplomatically isolated, rigorously closed all of its borders at the end of January and took drastic measures of containment, including subjecting thousands of people to a regime of quarantine at home.

Pak Myong Su, director of the anti-epidemic department at the National Center for the Fight against Epidemics, stressed the efforts that had made it so successful.

“So far, no one has been infected with the new coronavirus in our country,” Pak said on Wednesday.

“We have taken preventive and scientific measures, such as inspections and quarantine of all persons entering our country, complete disinfection of all goods, as well as the closing of borders and the termination of sea and air links “, he recalled.

Only a few rare countries in the world – often isolated islands or countries ravaged by war – have not reported any cases of patients with Covid-19.

The World Health Organization (WHO) said Wednesday that the milestone of one million confirmed cases across the planet would be crossed in the coming days, with more than 45,000 dead.

Experts say North Korea, a neighbor of two very affected countries, is particularly vulnerable to the virus due to a notoriously failing medical system.

In March, the commander of US forces in South Korea, Robert Abrams, said he was “almost certain” that the North had confirmed cases of Covid-19 disease.

US President Donald Trump also said that “something was going on” in North Korea and offered help from his country, in a letter to leader Kim Jong Un.

“I have heard that there are many deaths in North Korea but the authorities do not say it is due to the coronavirus,” Choi Jung-hun, a former North Korean doctor, told AFP. Korean moved to South Korea in 2012.

The official media have repeatedly urged people to respect sanitary measures and messages promoting hygiene are hammered through loudspeakers.

The photos show the population wearing a mask, with the exception of leader Kim Jong Un.

Recently, his collaborators have been seen without a mask, which for Mr. Choi, now a professor in a South Korean research institute, does not mean that efforts to contain the virus have paid off. 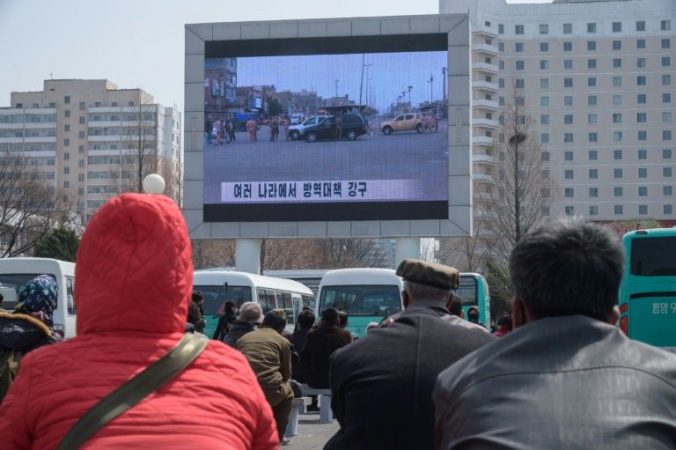 North Korea, under multiple sanctions from the United Nations Security Council to force it to give up its banned nuclear and ballistic programs, has sought help to fight the virus.

The UN has accepted that its Children’s Fund (Unicef) or organizations such as Médecins sans frontières (MSF) send him diagnostic kits, masks, protective equipment and disinfectants.

Unicef ​​confirmed this shipment at the request of the North Korean Ministry of Health. From China, this equipment arrived by land in Pyongyang last week.

In February, the Russian foreign ministry said it had provided Pyongyang with 1,500 test kits at the request of North Korea.

The WHO plans to grant $ 900,000 to North Korea as part of the fight against this epidemic, according to the United Nations website.

Germany has the lowest coronavirus mortality rate: how, why?

Germany has the lowest coronavirus mortality rate: how, why?