(ORDO NEWS) — Meteorological satellites have shown that streams of cold air are moving into the territory of North America, Europe and Asia. The situation is reminiscent of the beginning of the mini-ice age.

The polar vortex that will cover North America next week will be so cold that antifreeze freezing is quite possible. There are no signs of warming in the coming weeks.

In the USA, the cold snap came on February 5, and then it got worse. Much of the country will face incredible frosts. Extremely low temperatures will last at least until February 17, according to forecasts. 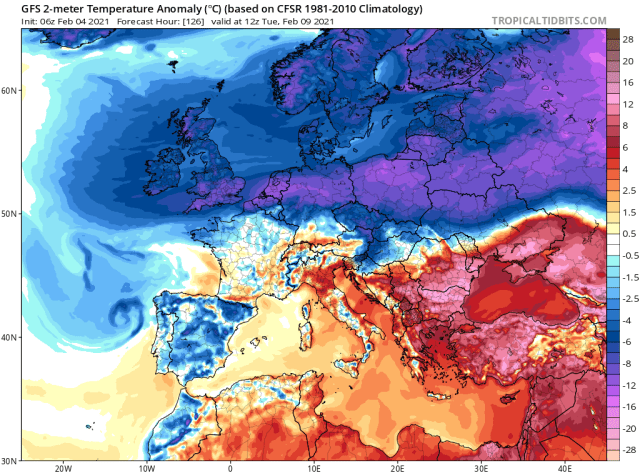 In Europe, from the 9th, temperatures are expected to be 8-20 degrees below average. The northern, western and central regions will suffer the most. In the eastern regions, the temperature will also drop, precipitation in the form of snow is also predicted.

In Asia, people endure severe frosts since December. Everything is so serious that residents find animals frozen alive. No warming is expected in the near future.

It is interesting that temperatures below average are also observed today in South America, Africa, Australia. Cooling will even reach the Atlantic, experts say.

Masks will have to be worn even after vaccination: the reasons

Masks will have to be worn even after vaccination: the reasons