US, WASHINGTON (ORDO NEWS) — Caffeine is the most popular “drug”: humanity consumes more than 260 million pounds of ratley (a measure of weights; 1 ratle – 480 grams). Most of it is found in tea, coffee, chocolate, nuts, energy and other soft drinks, nutritional supplements and slimming drugs. People are so accustomed to relying on him, wanting to be alert and active, that decaffeinated life began to mean laziness, tension and a feeling of fatigue.

If you rely on caffeine to keep yourself toned throughout the day, there is nothing wrong with that. Caffeine is a good tonic and also stimulates memory, which is extremely important for a modern person. It is not surprising that drinking coffee has become part of the daily routine of people around the world, and they will never give up this habit. At the same time, one should beware of exceeding the norm of caffeine in the body and turning the daily ritual into dependence.

What does caffeine do to people that they become truly addicted to it? For example, about 90% of Americans consume at least one cup of caffeinated coffee per day.

There are molecules in our body called adenosine. Accumulating in the brain, they have a calming effect, which causes a feeling of drowsiness, while caffeine prevents the ingress of adenosine into the brain, opening the way for stimulants such as adrenaline and dopamine. In turn, this increases the heart rate, increases blood pressure and gives a feeling of vigor. Therefore, doctors recommend that you refrain from drinking coffee with irregular heartbeats.

It takes 30 to 60 minutes to absorb caffeine by the body until it reaches its maximum concentration in the blood, and its effect can last from 3 to 9 hours, depending on the amount of coffee consumed (after about a sixth cup).

The less a person feels the effect of caffeine, the more likely his excessive use for more activity until he starts to stay awake at night, and after that again resort to caffeine to suppress sleepiness during the day. All of this can easily be avoided if you give up caffeine at least six hours before bedtime.

The habit of drinking 10 cups of coffee per day can be addictive. In addition, excessive consumption can lead to caffeine poisoning.

Although some experts believe that regular use of caffeine is usually addictive, according to recent studies, a large number of its lovers have symptoms similar to those identified by doctors during the diagnosis of addiction. Among them, excessive use of caffeine, despite the harm to health, lack of serious efforts to control the habit, abandonment of the previous lifestyle that was observed before the dependence on caffeine, as well as certain symptoms that result from the suspension or cessation of its use. 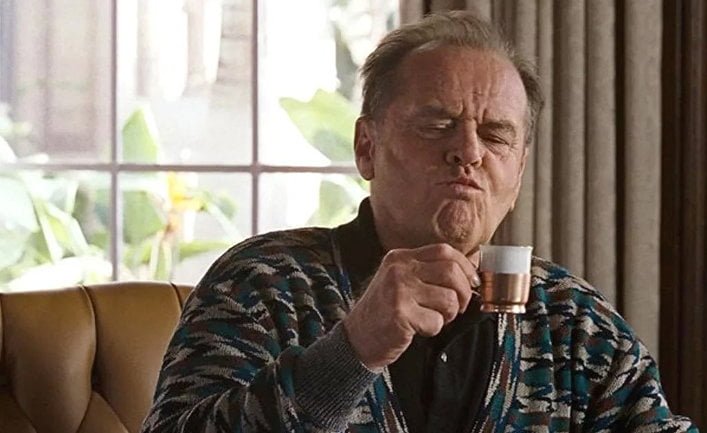 According to the Rehab Spot American Rehabilitation Center, there is no standardized treatment for caffeine addiction, since it is not officially recognized as a disease. However, if caffeine use causes anxiety, insomnia and heart problems, you should completely abandon it.

If you consume more than 400 mg of caffeine per day (4 cups of coffee), it can lead to side effects such as migraine, irritability, insomnia, anxiety, increased urination or inability to control it, stomach upsets, heart palpitations and muscle tremors.

However, according to the Mayo Clinic Medical and Research Center, if you are more sensitive to caffeine than others, even a small dose, whether it’s one cup of coffee or tea, will be excessive for you and can cause stress, anxiety and insomnia.

The recommended duration of sleep for most adults is 7-8 hours, but excessive caffeine intake disrupts sleep patterns.

Please note that the reaction to the effects of excess caffeine in the body may depend on several factors, such as age, genetics, body weight, medication and health status. In particular, the presence of anxiety disorders is of great importance.

To change the habits associated with caffeine, the Mayo Clinic advises to control how much it enters the body through food and drinks, including energy. In addition, it should be gradually reduced, for example, drinking fewer cups of coffee per day or refraining from soft drinks in the evenings. This will help mitigate the effects of caffeine withdrawal.

You can also choose caffeine-free drinks, most of which have the same taste, or prefer herbal teas that don’t contain it. Be sure to carefully study the composition of food additives and painkillers, as some of them contain caffeine (up to 130 mg per dose), and better, give preference to caffeine-free painkillers.

Sudden cessation of caffeine can cause increased fatigue, as well as symptoms such as nausea, headache, drowsiness, depression, and difficulty concentrating.

The negative effects of caffeine withdrawal may occur 12-24 hours after the last dose of caffeine. The peak of exposure occurs after 1-2 days, and then it gradually decreases. Symptoms can be observed for up to 9 days, but, fortunately, are usually mild and short-lived.

BE CAREFUL: Antibiotics that can cause severe side effects

BE CAREFUL: Antibiotics that can cause severe side effects Coffee drinkers are at lower risk of early death