(ORDO NEWS) — In honor of the official opening of the Inoue Solar Telescope (named after Daniel Inoue, US Senator from Hawaii), astronomers at the US National Solar Observatory have unveiled the first images of the outer shell (chromosphere) of the Sun in superb resolution: 18 kilometers per pixel. The images were taken on June 3, 2022.

It has a 4-meter aperture with a 4.24-meter primary and 0.65-meter secondary mirrors. Additional adaptive optics tools allow you to minimize the effect of object blurring due to turbulence in the Earth’s atmosphere.

In addition to two mirrors and adaptive optics, the telescope has a variety of filters designed to study the star in various light wavelength spectra. 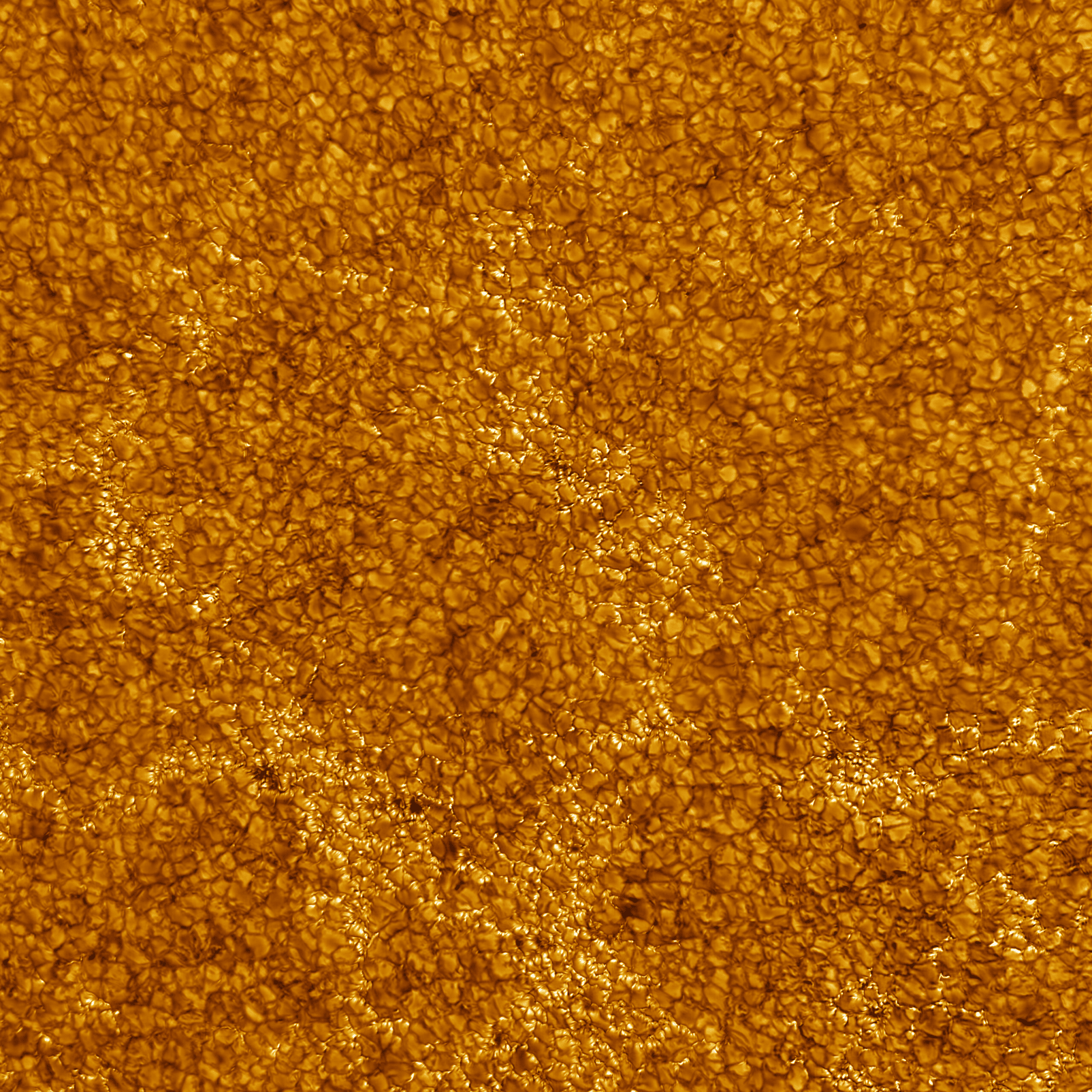 The resulting images were taken at a wavelength of 789 nanometers. In the picture, you can see in detail mosaic-like fragments of boiling plasma.

The sizes of the smallest of them reach 30 kilometers, and each cell is the size of three Belarus!

The brighter dots correspond to the hottest parts of the solar plasma, and the dark areas indicate the processes of cooling of the plasma, which gradually descends into the interior of the star. 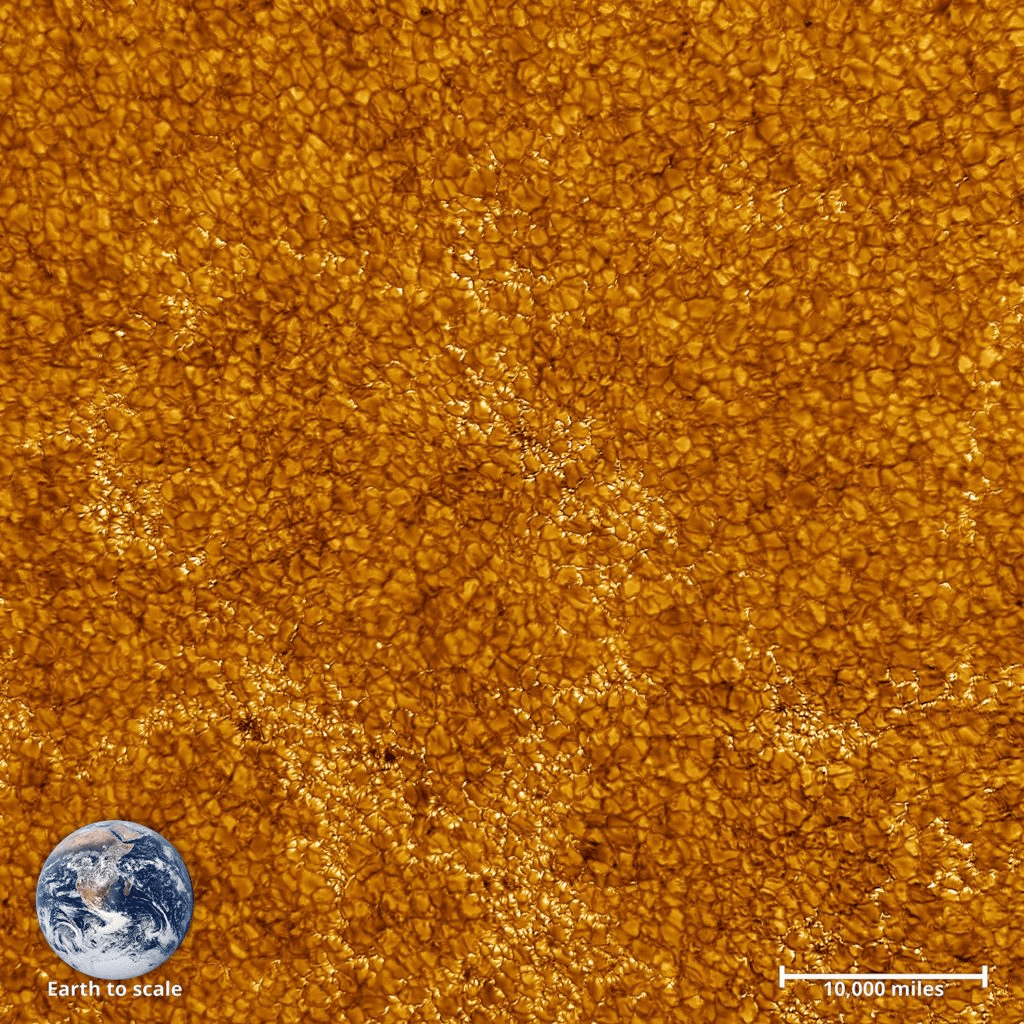 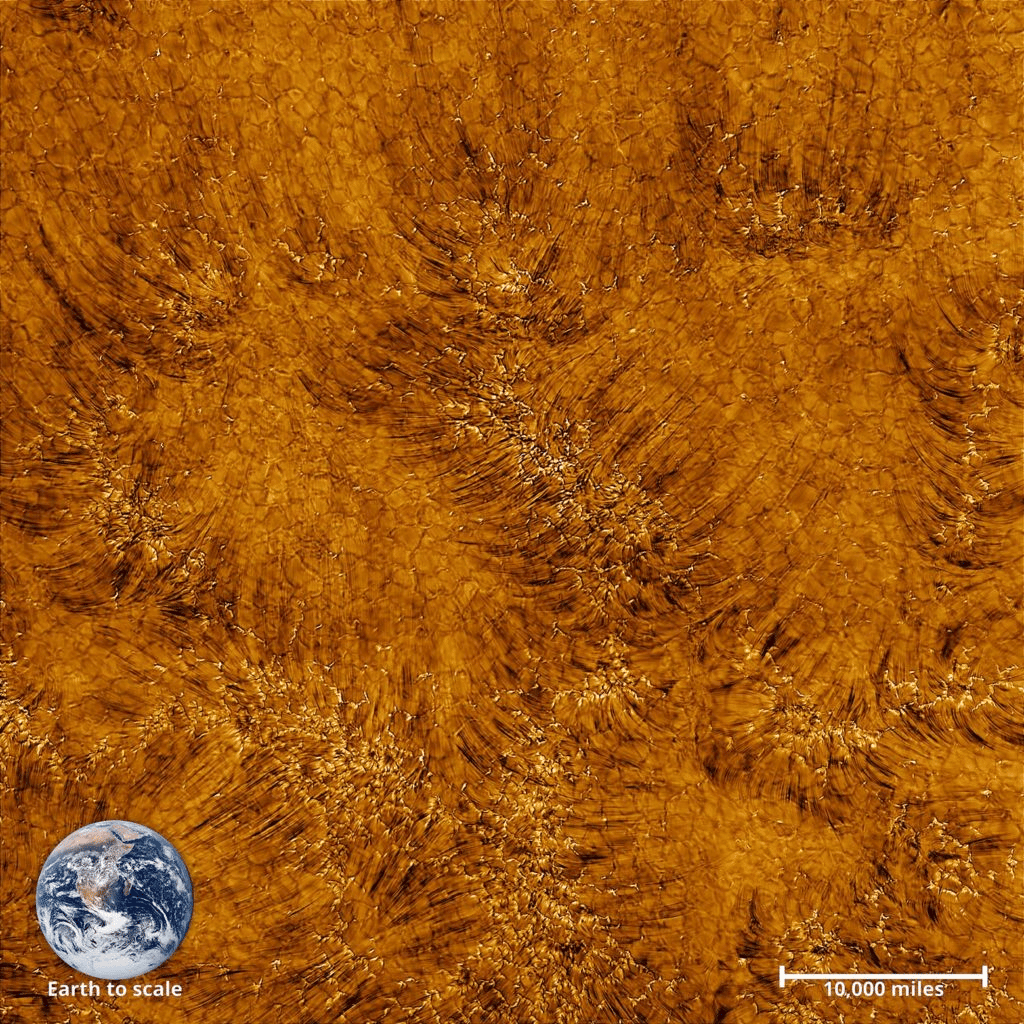 The first images of “Inoue” are only the beginning of great discoveries.

Scientists believe that only in the first five years of operation, the solar telescope will collect more information about the Sun than in the entire history of studying our star.