US, WASHINGTON (ORDO NEWS) — The discovery was made by a team of herpetologists from different countries.

Mata-mata, mata-mata, or simply a fringed tortoise ( Chelus fimbriata ) is a freshwater turtle that is widespread in South America. When you see the mat, you will not confuse it with anyone, be sure: this reptile has a very memorable appearance. She has an extremely long neck, decorated with numerous leathery outgrowths, a flattened head is crowned with a soft and long proboscis nose, and the carapace (the dorsal shield of the shell) has jagged edges and is tuberous with conical protrusions. It is not surprising that in water (and on land) the turtle disguises itself so well that it can be confused with a mossy log or a stone overgrown with algae.

The fringed tortoise belongs to the family of snake- necked turtles and is a member of the genus Chelus . This genus was considered monotypic – because its only known representative was the mat mat. However, now scientists have discovered a new species of these unusual reptiles. 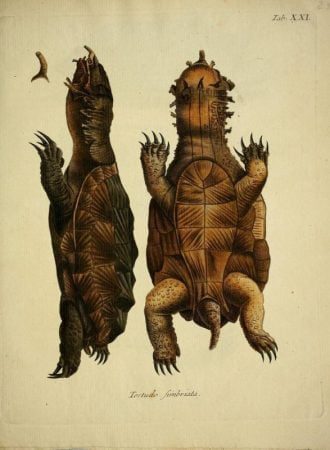 Despite the widespread popularity and popularity of fringed turtles as pets, little was known about their genetics and evolutionary variability. Scientists have noticed that the appearance of these reptiles living in the Amazon basin is different from the appearance of those individuals that are found in the Orinoco River basin. Using 75 DNA samples, they performed molecular genetic and morphological analyzes that revealed the existence of two different genetically deeply diverging evolutionary lines of Chelus turtles that separated in the Late Miocene (approximately 12.7 million years ago).

A new species of these reptiles was given the name Chelus orinocensis. Representatives of the species live in the Orinoco and Rio Negro basins, while the species known as Chelus fimbriata is limited exclusively to the Amazon basin. The study was recently published in the scientific journal Molecular Phylogenetics and Evolution.

“To date, this species has not been recognized as endangered due to its wide distribution. However, our results show that, due to the separation into two species, the size of the population of each species is smaller than previously thought. In addition, every year thousands of these bizarre reptiles are involved in illegal trade and are confiscated by the authorities. We must protect these amazing animals before it is too late,” adds the lead author of the study, Professor Mario Vargas-Ramirez.

Outbreak of unknown disease in India one person dies, hundreds in hospitals

Outbreak of unknown disease in India one person dies, hundreds in hospitals 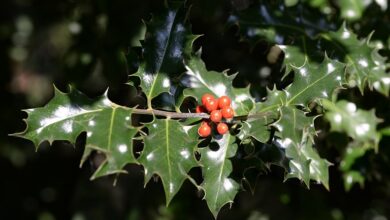