(ORDO NEWS) — Scientists have discovered an entirely new type of cell lurking in the thin, branched passageways of the human lung.

According to a new study, these cells play a vital role in keeping the respiratory system functioning properly and could even be the source of new treatments that could reverse the effects of some smoking-related diseases.

Cells known as airway secretory cells (RAS) are found in tiny, branching passages known as bronchioles, which are topped by alveoli, small air sacs that exchange oxygen and carbon dioxide with the bloodstream.

The new RAS cells are like stem cells – blank canvas cells that can differentiate into any other cell type in the body – and are able to repair damaged alveolar cells and grow into new ones.

The researchers discovered the RAS cells after growing frustrated with the limitations of using mouse lungs as a model of the human respiratory system. However, due to some differences between them, scientists are having a hard time filling in some of the gaps in knowledge about the human lungs.

“It has long been known that the airways of the human lung are different from those of mice,” study senior author Edward Morrisey, a professor of respiratory systems at the University of Pennsylvania’s Perelman School of Medicine, told Live Science. “But developing technology has only recently allowed us to take samples and identify unique cell types.”

The team also found RAS cells in ferrets, whose respiratory systems are more human-like than those of mice. As a result, researchers suspect that most mammals, whether equal or larger in size, likely have RAS cells in their lungs, Morrisay said.

RAS cells perform two main functions in the lungs. First, they release molecules that maintain fluid in the bronchioles, helping to prevent destruction of the tiny airways and maximizing the efficiency of the lungs.

“RAS cells are what we have called facultative progenitors,” Morrissey said, “which means they act as progenitor cells and also play an important functional role in maintaining respiratory health.” This means RAS cells play a vital role in keeping the lungs healthy, he added.

Researchers believe that RAS cells may play a key role in smoking-related diseases such as chronic obstructive pulmonary disease (COPD). COPD is the result of inflammation of the airways inside the lungs, which can be caused by smoking and sometimes air pollution, according to the Mayo Clinic.

Inflammation of the airways makes it harder for the lungs to get enough oxygen, which is why COPD has symptoms similar to asthma.

COPD can also lead to emphysema, in which the alveoli are permanently destroyed, and chronic bronchitis, a long and intense cough, usually accompanied by copious sputum. According to the World Health Organization, more than 3 million people worldwide die each year from COPD.

Theoretically, RAS cells should prevent or at least alleviate the effects of COPD by repairing damaged alveoli. However, researchers suspect that smoking can damage or even completely destroy new cells, leading to diseases such as COPD.

Patients with COPD are often prescribed anti-inflammatory drugs or oxygen therapy to relieve symptoms. However, these are only temporary solutions and do nothing to reverse lung damage.

RAS cells have the potential to be used to improve the treatment or even cure of COPD if researchers can properly exploit the regenerative properties of these cells.

“We don’t yet know if this discovery could lead to a potential cure for COPD,” Morrissey said. “However, since COPD is a disease that we know very little about, any new discovery should help our field start thinking about new therapeutic approaches that could lead to better treatments.” 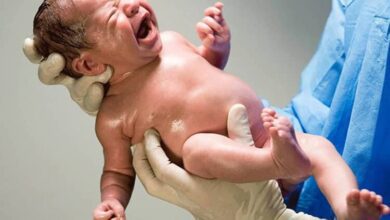 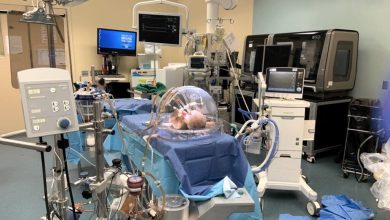