(ORDO NEWS) — Neurologists at Northwestern University in the US have found that older people who are exposed to light while sleeping are more likely to be obese, have diabetes, or have hypertension. The results are published in the journal SLEEP.

The experiment involved 552 people aged 63 to 84 years. Each of the participants used a wrist device to track the amount of light they were exposed to during the night.

The participants were divided into two separate groups. The former had at least five hours of total darkness each night, while the others were exposed to constant light.

The risk of diabetes was doubled: only 9.8% of people without light at night suffered from this disease, while in the second group the figure was 17.8%. The risk of obesity also increased by 82%.

Experts advise sleeping without light, especially without blue, as it actively stimulates the brain. Such exposure leads to problems with metabolism, respectively, with appetite and nutrition in general.

The study also showed that turning on the light at night can negatively affect a person’s metabolism, in particular, the absorption of glucose.

“Older adults are already at higher risk for diabetes and cardiovascular disease, so we wanted to see if there was a difference in the incidence of these diseases associated with nighttime light exposure,” the authors explained.

Sleeping with lights turned out to be bad for the heart

Sleeping with lights turned out to be bad for the heart 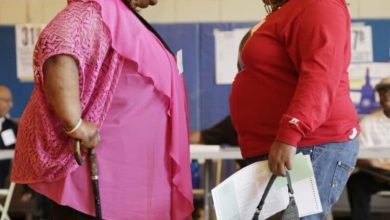