(ORDO NEWS) — Nefertiti is a princess, the wife of the pharaoh reformer Akhenaten , a symbol of beauty of that time. This is also mentioned in her name. Literally, it translates as – “Beauty has come.” Many sources claim that her voice was charmingly strong, she was strong in vocals.

Despite her beauty and intelligence, Nefertiti failed to become her husband’s beloved wife. She bore him six children, among whom there was not a single heir, all were girls. And Pharaoh placed the duty of bearing a son on his other wives.

Nefertiti was a smart, ambitious woman, she helped Akhenaten in his political concerns and promoted religious reform in every possible way.

Her activities continued throughout the reign of her husband. There are several opinions about the death of the princess. Some scholars claim that Nefertiti died during the life of Akhenaten, while others say that after the death of her husband, she took over the administration of Egypt and ruled under the name of Semnekhkare.

There are current news related to this princess in our time. In 2011, a three-dimensional image of Nefertiti, about 6 centimeters in size, was sold at auction for 600 thousand euros. Something similar, but of a larger size, was also found by an archaeological team that arrived from Germany to excavate in Egypt in 1912. The leader of the process was Ludwig Borchardt. 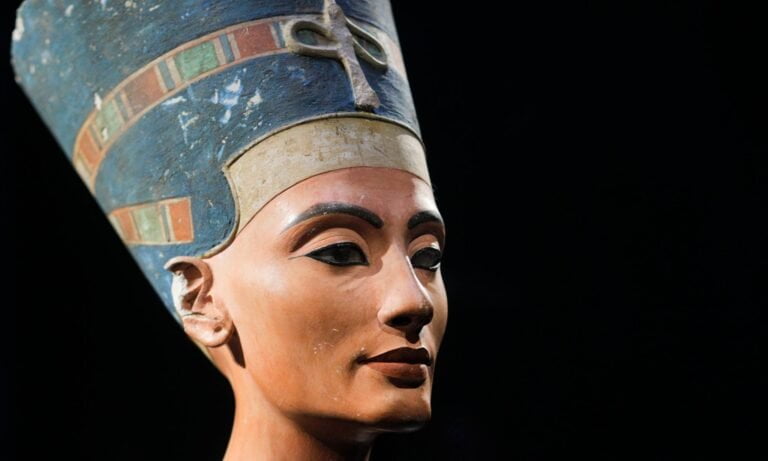 The bust of Nefertiti was found by archaeologists in the sculptor’s workshop among dozens of other images of Akhenaten and his courtiers. Borchardt decided to hide the find, wanting to secretly take it out of Egypt. He drew a lot of attention to himself.

He went to a series of tricks, first plastering the sculpture with plaster so that it would lose its presentation, and then putting the bust of Nefertiti at the very end of the list of valuable finds, as one of the most insignificant things, and then bribed the inspector of the Egyptian antiquities service, so that during the division finds between the two countries, did not reach the end of the list and “left” the bust of Germany, thereby allowing its export from the country. After the opening of this whole scam, Borchardt was forever banned from excavations in Egypt. 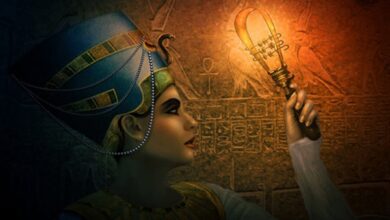 Mysterious disappearance of Nefertiti, lady of the Nile 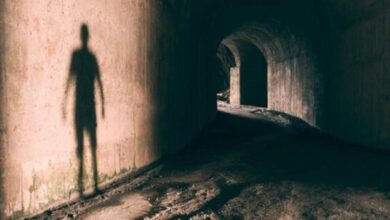 Ghost’s wife complained about his behavior 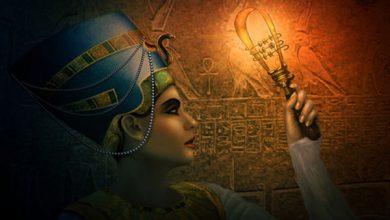 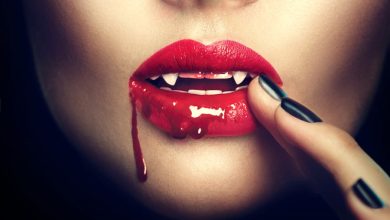 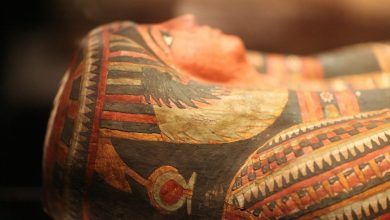 Wife received a letter sent by her husband 76 years ago