(ORDO NEWS) — NGC 6369 or the Little Ghost Nebula is a planetary nebula located between 2,000 and 5,000 light-years from Earth in the direction of the constellation Ophiuchus.

When a star with a mass comparable to that of our Sun approaches the end of its evolutionary path, it rapidly expands and becomes a red giant. When this stage ends, the star sheds its layers, forming a gaseous, faintly luminous nebula.

Due to the atmosphere, ground-based telescopes only get blurry images of NGC 6369, but NASA/ESA’s Hubble Space Telescope’s wide-angle camera, operating in a vacuum, captured a sharp photo (at the beginning of the article), which clearly shows a blue-green ring of gas with a diameter of about one light year. 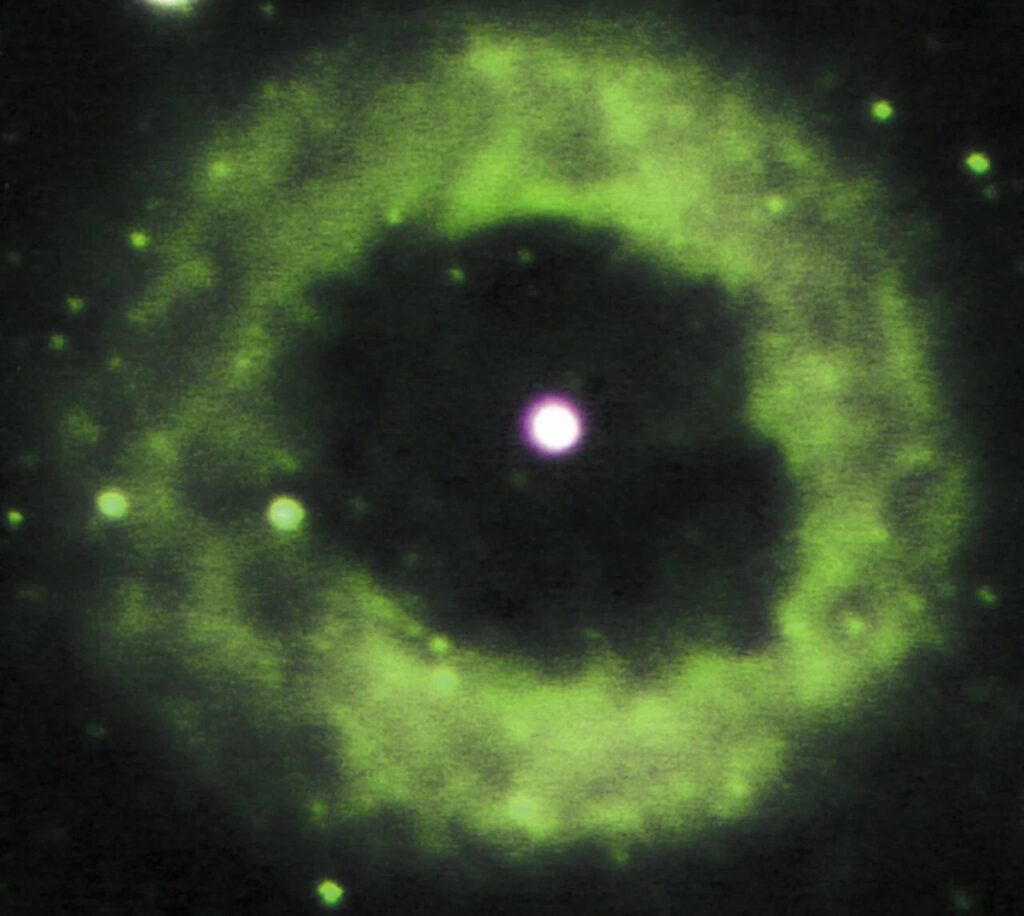 In “Little Ghost”, the gas moves away from the cooling core (white dwarf) at a speed of about 24 kilometers per second.

When it dissipates completely, a process that will take about 10,000 years, the core will cool for another few billion years. After that, there will be no trace of the nebula.

Dropa is an alien race?

Dropa is an alien race?