(ORDO NEWS) — On September 5, 1977, NASA‘s Voyager 1 spacecraft was launched, the primary purpose of which was to study Jupiter and Saturn. As you know, the probe coped with all the tasks, expanding our knowledge of the solar system.

Today, Voyager 1 continues to be active as it travels toward the outer reaches of the solar system. Right now, at the time of this writing, Voyager 1 is at a distance of 23,277,551,616 kilometers from Earth , which is about 5 times greater than the average distance from our planet to Pluto. And Voyager 1 will continue its journey, despite the fact that one day communication with the device will be lost.

In about 30,000 years, Voyager 1 will leave the solar system, rid itself of even the slightest influence from the Sun, and break out into interstellar space to begin its journey through the Milky Way.

Voyager 1 does not know what rust and self-destruction are (it is in a vacuum), and with a probability of 99.999999% it will never collide with some object, because space is mostly empty.

Scientists believe that Voyager 1 can only travel as long as our galaxy will exist. This suggests that the human-made apparatus will most likely even outlive our planet, which will be destroyed by the expanding Sun in about five billion years. 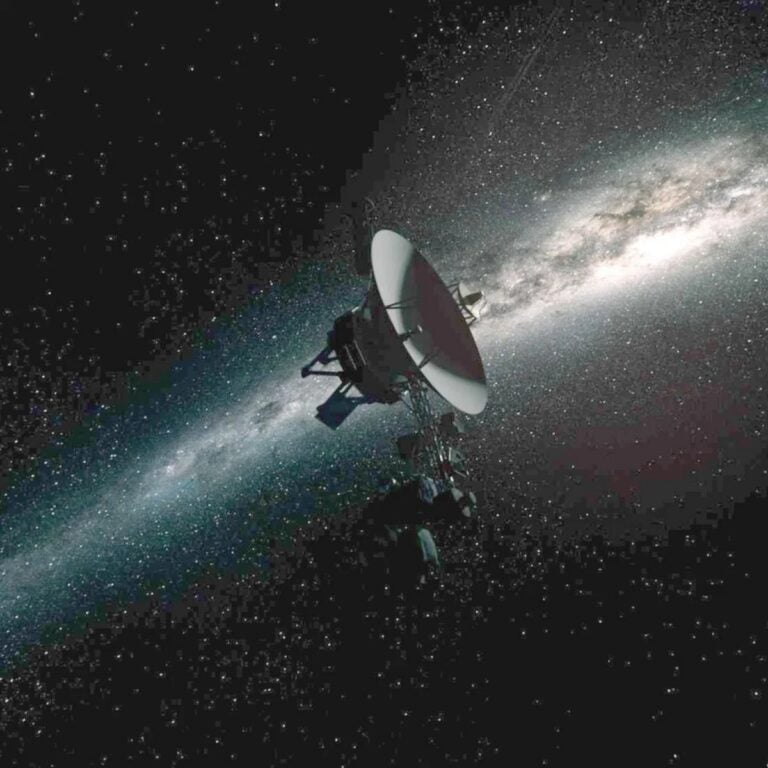 Probably, we will no longer exist as a species, but our probe will continue to rush through space and time, remaining an unspoken representative of the intelligent part of humanity.

To create, not to destroy, is the true path of man. We are capable of great and beautiful things.

Earth’s is running out of sand. What does it mean?

Earth’s is running out of sand. What does it mean?