(ORDO NEWS) — New data released by NASA’s Perseverance rover confirms that Jezero Crater, an area on Mars that the rover has been exploring since landing in February, was indeed part of a giant ancient lake.

According to a study published in the journal Science, the rover discovered geological structures that NASA researchers and many scientists from American and European universities believe could only have been formed by a river flowing into a lake for an extended period of time.

Images (below) of the distant structure show distinct layers of sediment that could not have formed in a dry environment. This confirms that Mars used to have huge lakes or even oceans geologically similar to Earth’s. 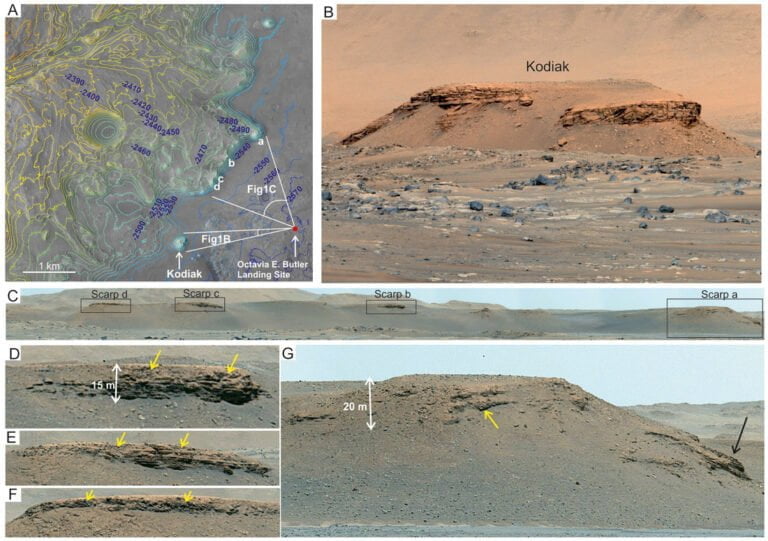 An important discovery of Perseverance

Scientists have long suspected that Jezero Crater was once a lake, but they could not conclusively prove it. They also had no way of knowing if water was present at the surface for extended periods of time, or if it was a fleeting phenomenon, evaporating or “sucked in” soon after it accumulated.

“Without going anywhere, the rover was able to solve one of the biggest mysteries: this crater [Jezero] was once a lake,” study co-author and MIT planetary scientist Benjamin Weiss said in a press release.

Sediment layers will also serve as a great place to search for ancient fossils, as rivers or glaciers may have brought not only minerals into the lake, but also microbes and other hypothetical life forms.

“The most surprising thing displayed in these images is the potential to pinpoint the moment when the crater transformed from a potentially habitable environment into this desert that we see today,” added Weiss.

“These boulders may be the chronicles of this transition, and we have not seen anything like this in other areas of Mars.” 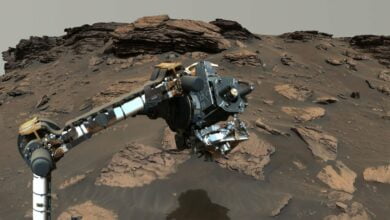