The Pillars of Creation are part of the vast Eagle Nebula, which lies about 6,500 light-years from Earth.

In the new image, the Pillars of Creation look like majestic rock formations, but they are actually composed of cold interstellar gas and dust that at times appear translucent in near-infrared light.

The Pillars of Creation first became famous back in 1995, when an image taken by the NASA/ESA Hubble Space Telescope was made public.

The new view of the structure will help researchers update and improve existing models of star formation, specifying the number of newborn stars, as well as gas, observed in this region of space.

Over time, astronomers will gain a better understanding of how massive stars are born, evolve, and die in these clouds of gas and dust.

This image, taken with the Near Infrared Camera (NIRCam), clearly shows the newly formed stars, which appear as bright red dots with “spikes”. Take a closer look, they resemble snowflakes that are hidden in columns of gas and dust: 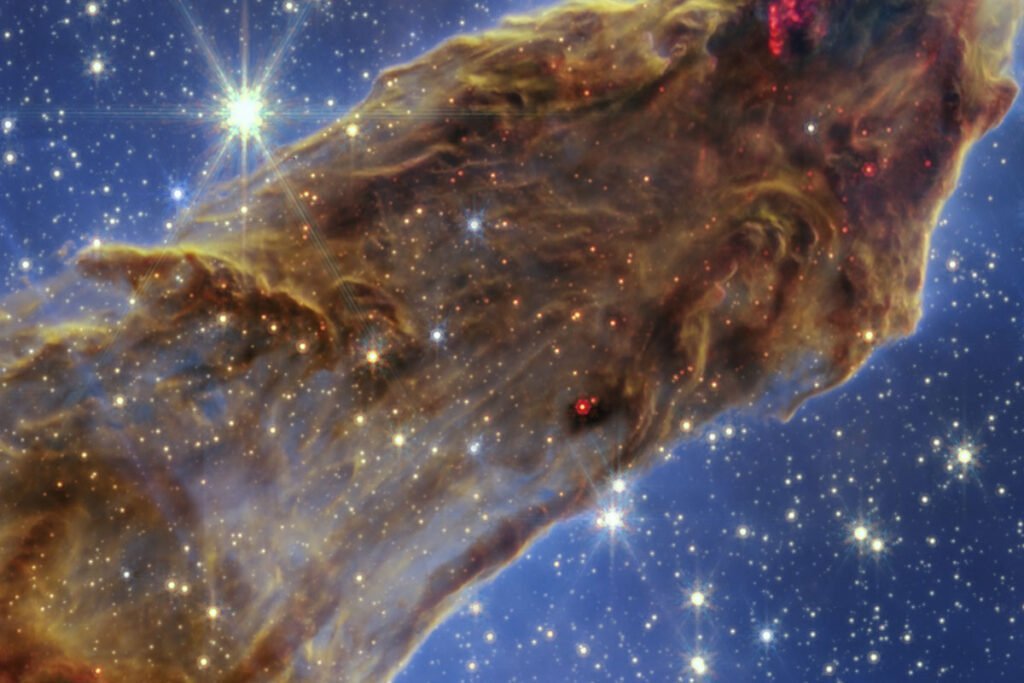 When gas “bubbles” with sufficient mass form inside the pillars, they begin to shrink under their own gravity, slowly heat up and eventually form new stars.

Pay attention to the crimson wavy lines that look like lava pouring out along the edges of some of the pillars: 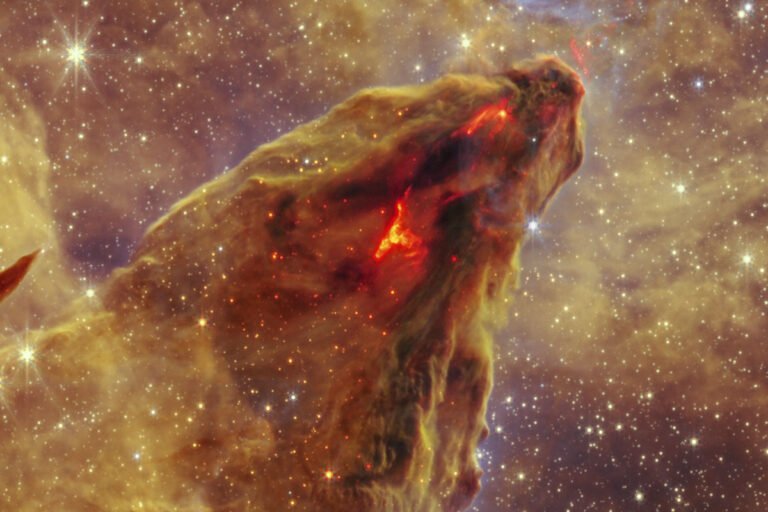 This is a demonstration of the activity of still-forming luminaries, whose stellar winds “scatter” heated gas and dust.

Young stars are known to exhibit very violent temperaments, periodically emitting supersonic jets that collide with clouds of matter like these thick pillars.

Sometimes this results in undulating patterns, as in the case of a boat floating on the surface of the water.

The crimson glow comes from energetic hydrogen molecules formed as a result of the movement of stellar winds and impacts.

The age of the stars responsible for the manifestation of off-scale activity is only a few hundred thousand years (by the standards of the Universe – an instant).

While it might appear that near-infrared light allowed James Webb to pierce through the clouds to reveal space beyond the pillars, we don’t see any other galaxies in this image.

This is because the mixture of translucent gas and dust, known as the interstellar medium in the densest part of the Milky Way ‘s disk , continues to block views of the deeper universe. 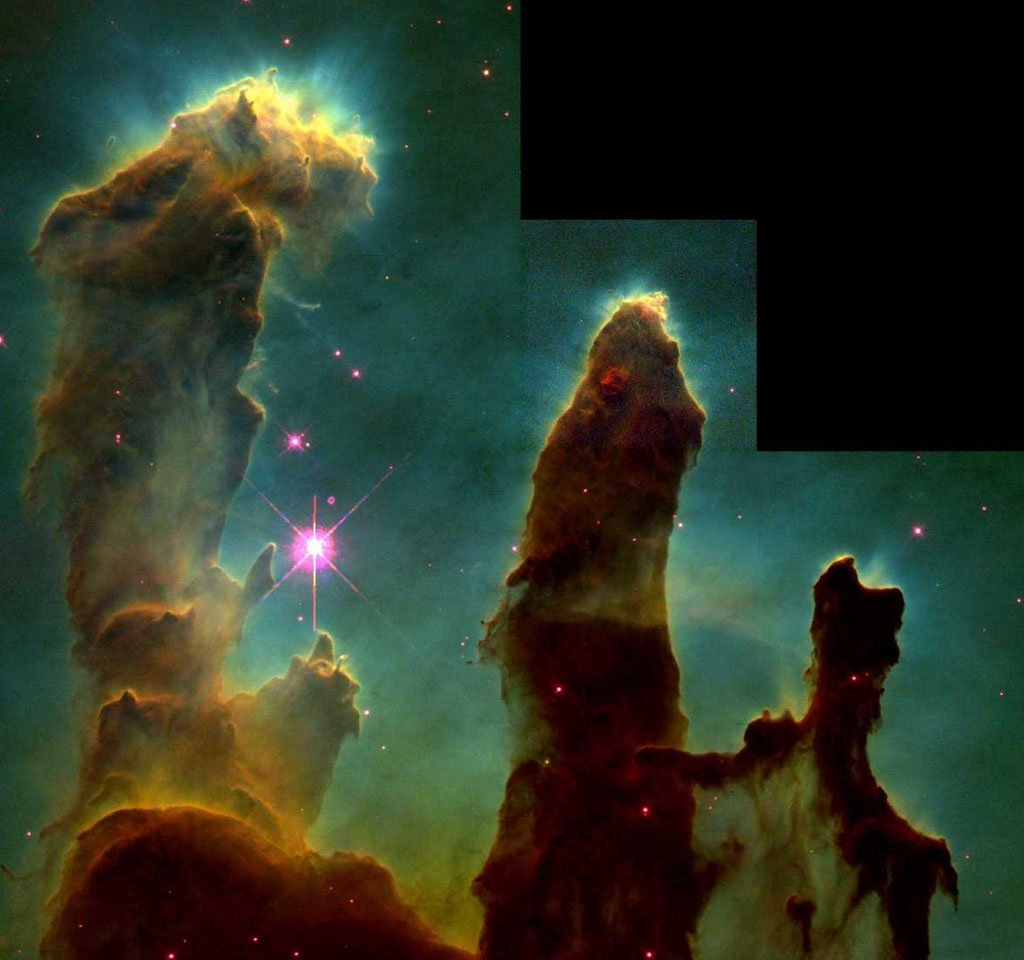 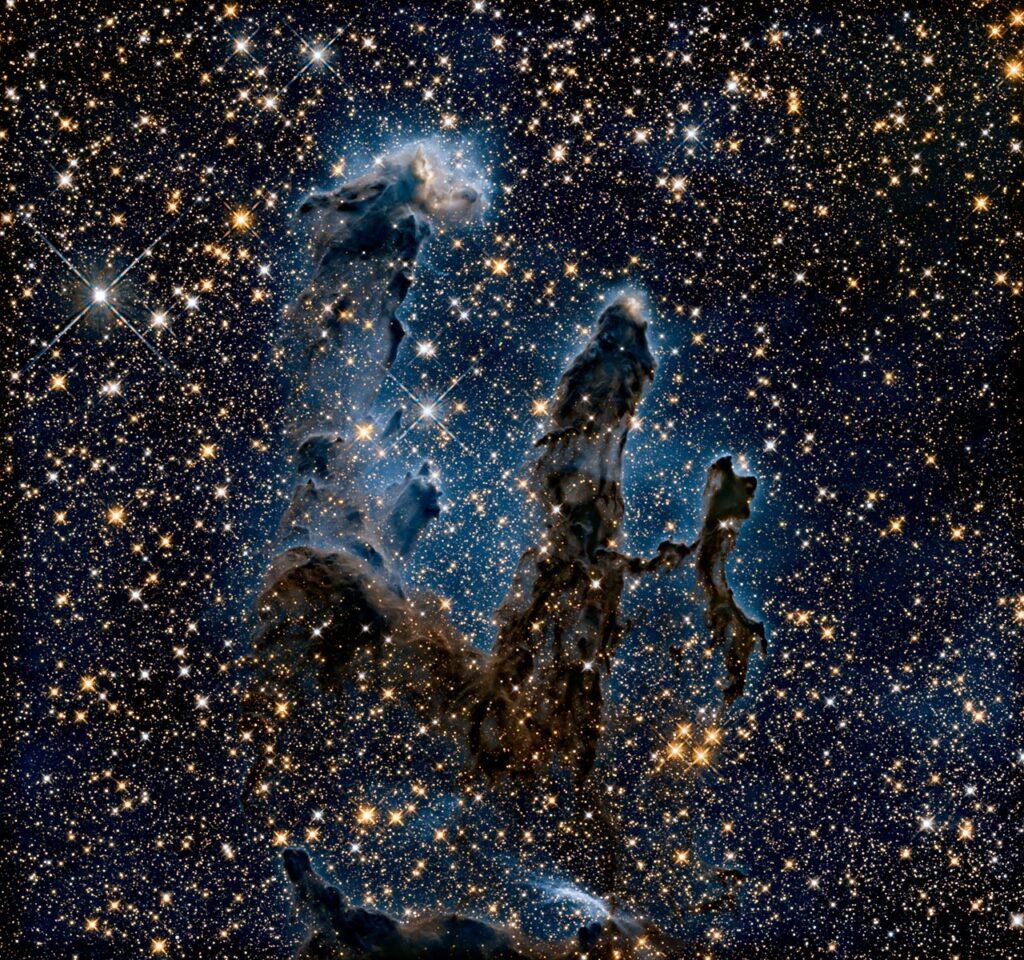 In addition, other space observatories have closely studied the region, providing researchers with more and more invaluable data about this region, which is literally teeming with stars.

Now the James Webb Super Telescope has made an invaluable contribution.