(ORDO NEWS) — NASA‘s innovative James Webb Space Telescope is in the final stages of testing, and scientific observations are expected to begin in July.

James Webb has transmitted the latest test images of the Milky Way’s nearby satellite galaxy, and the results, when compared to images taken by NASA’s previous Spitzer Infrared Space Observatory , are truly stunning.

It is worth noting that each of the 18 segments of the gilded James Webb mirror is larger than the entire Spitzer mirror.

“It’s only when you actually see the image that it [James Webb] puts out that you really start to feel that wow,” said Marcia Riquet, an astronomer at the University of Arizona and chief scientist at the James Webb in the near infrared range. “Just think what we can find out.”

James Webb, about 1.6 million kilometers from Earth, is considered the successor to the legendary NASA/ESA Hubble telescope, which celebrated its 32nd anniversary in orbit on April 24.

The James Webb Telescope, which took about ten billion dollars to develop, is the largest and most powerful astronomical observatory ever sent into space. The launch took place on December 25, 2021.

James Webb will try to capture the light emitted by the first stars and galaxies several hundred million years after the Big Bang, which occurred about 13.8 billion years ago. In addition, the best telescope of mankind will study exoplanets in detail in search of possible traces of extraterrestrial life.

It is noteworthy that the first goal of “James Webb” is kept secret . Probably, we are in for a very unexpected surprise from NASA. 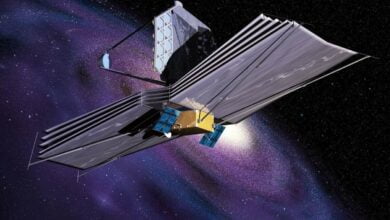 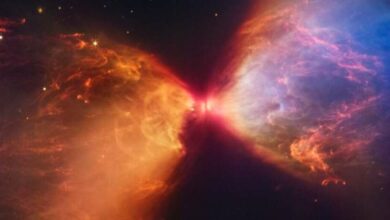