(ORDO NEWS) — The so-called “solar minimum” will not cause another Ice Age and will not even radically change the climate, NASA scientists report, which revealed that only global warming is the real driving force behind climate change.

Astronomers report that the Sun has entered a period of reduced activity, known as the solar minimum, which occurs in a cyclic pattern. About every 11 years, the burning heart of the solar system fluctuates between energy peaks and recessions. When the activity of the Sun reaches a peak (solar maximum), more sunspots and solar flares appear.

But when activity falls during the solar minimum, the Sun looks much less active. Over the years, this phenomenon has suggested that climate change may be governed by the 11-year cycle of the sun.

Despite the fact that solar activity contributed to short-term cooling periods in 1650 and 1715, along with other factors such as volcanic eruptions, there is so far no evidence that the current rate of climate change is due to solar activity.

According to NASA scientists, human activity is to blame for climate change on Earth:

“During its life, the Sun naturally undergoes changes in energy production. Some of them occur during the usual 11-year peak period (many sunspots) and a period of low activity (fewer sunspots), which is predictable.”

“But from time to time the Sun becomes calmer, forming much less sunspots and radiating less energy. This is called the “Great Solar Minimum,” and the last time this happened, it coincided with the period known as the Small Ice Age.”

Some scholars have suggested that a new Great Solar Low may occur over the next several decades. However, recent scientific research suggests that even if the Global Solar Low took place, this effect would only compensate for global warming for several years.

The planet has been heating up and has been doing this since the beginning of the 20th century and the industrial revolution. To date, the scientific community overwhelmingly agrees that the increase in temperature is caused solely by anthropogenic emissions of greenhouse gases. 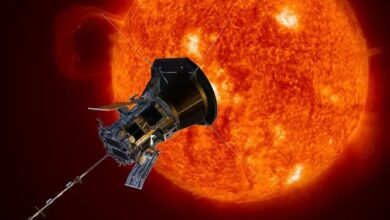 NASA has named the date of the end of the world: You will be very surprised when it happens