(ORDO NEWS) — Gilbert W. Levin jeopardized his reputation by claiming that he found evidence of life on Mars and was even ridiculed by some colleagues, but he remained true to his beliefs until the end of his days. Reported by the Daily Star.

NASA planetary scientist Gilbert W. Levin, who died in early 2021 at the age of 97, believed to the end that he had found very strong evidence of the presence of biological life on Mars.

The experiment was carried out 4 times in four different locations. According to Levin, all the results were “similar to those obtained in the study of soils on Earth.”

It should have been cause for joy, but the agency wasn’t so sure. Another probe on the probe (the Viking Molecular Analysis Experiment) failed to detect organic matter in dry, highly irradiated Martian soil, and space agency scientists concluded that whatever Levin’s instrument found was something “simulating life, but not life. ”

However, Levin was not convinced. Until the end of his life, he argued that the experiment carried out indicated the presence of life on the fourth planet from the Sun.

Levin wrote in 2019: “Inexplicably, in the 43 years since the Viking, none of NASA’s subsequent Mars lander has had a life-detecting device to track these exciting results.” 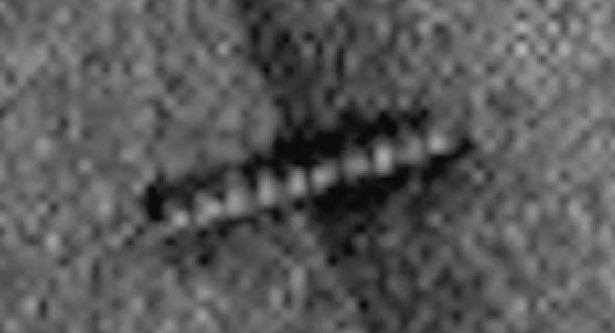 The strange worm-shaped object seen in the rover’s photographs is, according to Levin, “proof” of life on Mars.

Levin’s insistence on proving the discovery of life cost him his scientific reputation.

“I gave a talk at the National Academy of Sciences, in which I said that we had discovered life, and there was a fuss,” he said.

He was furious, and the customers threw shrimps at him from the buffet. One of the listeners said to him: “You have dishonored yourself and dishonored science.”

The planetary scientist named the reasons why he considered his conclusions to be correct.

“Its CO2 should have been converted to CO by ultraviolet light from the sun long ago,” Levin said.
His most important piece of evidence was that the worm-like structure was in the picture taken by Curiosity.

In 2012, an international team of scientists, which included Levin, re-examined the results of the Viking LR. They concluded that the test had found surviving biological life on Mars.

Levin also suggested that living microorganisms could have moved between Earth and Mars on meteorites dozens of times over millennia. His NASA colleague Chris McKay agreed with him, stating that Mars and Earth almost certainly “exchanged saliva” for billions of years.

Levin believed until the end of his life that he had found evidence of the existence of life on Mars.