(ORDO NEWS) — NASA plans to launch satellites into low Earth orbit soon, thanks to its recent collaboration with SpinLaunch, which is working on a giant centrifuge for just that purpose.

The SpinLaunch press release talks about the recently completed tenth successful flight test of a suborbital booster, during which a payload was launched for NASA ( cooperation agreement signed in April 2022), Airbus, Cornell University and other partners.

During tests in late September at the private Spaceport America, located in the Jornada del Muerto desert in New Mexico, SpinLaunch’s “mega-slingshot” launched a capsule with five payloads, including a video camera, several kilometers into the sky.

This demonstration illustrated how alternative launch technologies can quickly and efficiently place satellites and other objects into or out of low Earth orbit.

Along with this tenth test demonstrating the capabilities of a mass accelerator, SpinLaunch technology also shows that customer payloads can withstand massive G-forces up to 10,000 times the force of gravity created by a rapidly spinning centrifuge that catapulted them faster than the speed of sound.

The press release notes that during the pre-flight tests and after the demonstration, the payloads of customers remained intact. 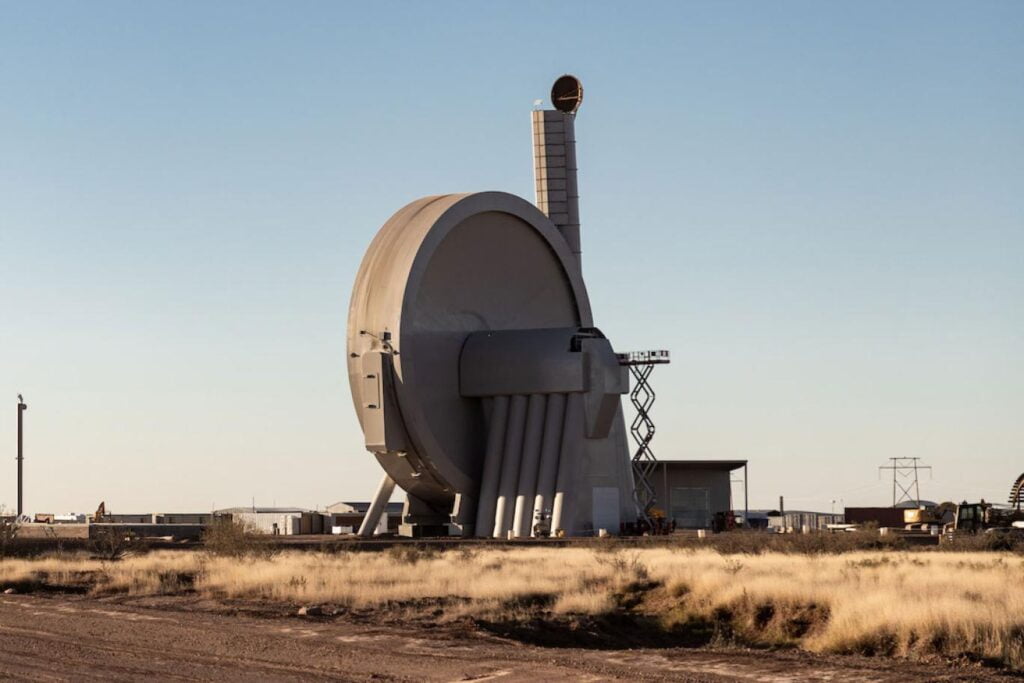 While SpinLaunch’s technology is obviously not ready to launch larger payloads or send smaller satellites above 25,000 feet (7,620 meters), the company has made huge strides since its founding in 2014, and a lot has been done especially the last year that has passed since the launch of the accelerator during the live broadcast.

The tests conducted by SpinLaunch give a clear understanding that humanity already has an alternative means of space launches. It is very interesting to watch the development of a company that can go further than we can imagine.