(ORDO NEWS) — A group of scientists from the NASA Jet Propulsion Laboratory believes that it is necessary to send a new message to representatives of extraterrestrial civilizations.

This new message, called “Beacon for the Galaxy”, will be the “heir” of the radio signal that was sent back in 1974 from the Arecibo Observatory in Puerto Rico.

“Beacon for the Galaxy” is an updated message sent from the Arecibo Observatory. It contains information about humanity, our technological advances and our place in space in simple graphic terms.

Its duration is 169 seconds and it consists of 1679 digits. The new message will also be encoded in binary format.

What happened to the message from Arecibo?

So far, it is on the way to its goal. It was sent to the globular star cluster M13, which is located at a distance of 25 thousand light years from us in the constellation of Hercules.

It was sent at a wavelength of 126 mm. Since the radio signal travels at the speed of light, the message has traveled only 48 light-years, or 0.2%, to its intended target so far.

What will be the new message for aliens?

Scientists use basic mathematical and physical concepts for this message, which, in their opinion, are a universal means of communication, and representatives of extraterrestrial intelligence will be able to decipher this message.

A binary encoding signal (the simplest form of mathematics and probably universal to all sentient species in the universe) and communication that is almost entirely math and physics oriented.

In addition, scientists in the message encrypted a request to send a response in order to start a galactic conversation.

What is in the new message for aliens?

Scientists from NASA have encrypted the following information in a new message for extraterrestrial intelligence:

Information about the biochemical composition of life on Earth. This information includes a picture of the four building blocks of DNA – adenosine, cytidine, guanosine, and thymidine.

A timeline that starts from the Big Bang to show exactly when the message was sent. Scientists also indicated the dates of the appearance of the main scientific achievements of mankind.

Among them are Newton’s laws, Einstein’s theory of relativity, the beginning of space flights and the landing of a man on the moon.

Location of the solar system in the Milky Way, showing distances to known globular clusters. This is necessary so that representatives of an extraterrestrial civilization know where to send a response and how long to wait for feedback.

Digitized images of the solar system and the Earth’s surface.

Please reply to this message with a picture of a radio telescope transmitting a signal.

How will they send a new message into space for aliens?

The message, encoded in binary code, will be sent using one of two telescopes on Earth: using the FAST radio telescope, also known as “Tianyang”, which is located in China, in the province of Guizhou, or using a radio telescope called The Allen Telescope Array (ATA ) in California, USA.

There is one small problem so far – both FAST and ATA can only receive radio messages, not send them, but upcoming updates may fix this.

NASA believes that it is necessary to send a message to one of the star clusters, which is located at a distance of 2 to 6 kiloparsecs from the center of the Milky Way. That is, from 6.5 to 19.5 thousand light years. 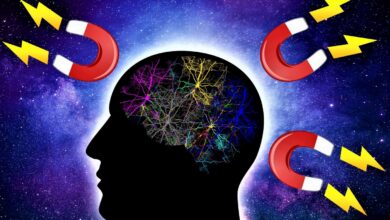 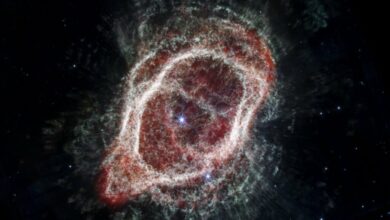