(ORDO NEWS) — In the next 10 years, NASA, together with European colleagues, intends to implement a grandiose project to return soil samples from the surface of Mars.

It should be said that the mission to deliver Mars soil samples to Earth has actually begun. The Perseverance rover began collecting samples. Of the four containers, three are already filled with rock cores, and one is a breakdown of the Martian atmosphere.

The rover has 43 test tubes, some of which are spare. To deliver samples to Earth, several robotic modules will be created as part of a rover for transporting samples to the landing platform, a platform with a manipulator for loading samples into a rocket, a rocket for delivering test tubes to Mars orbit, an orbital station with a system for loading samples into a container launched to Earth and a probe. to deliver the container to Earth.

The Sample Retrieval Lander landing platform will be almost twice as heavy as the Perseverance rover – its weight will reach 2,400 kg. The platform with a robotic arm is being developed by NASA’s Jet Propulsion Laboratories in Southern California (the manipulator will be created at ESA).Unlike the Perseverance method of landing on Mars, when the parachute first extinguished the fall speed, and then the jet platform reduced the speed, the Sample Retrieval Lander will land on supports with shock absorbers. 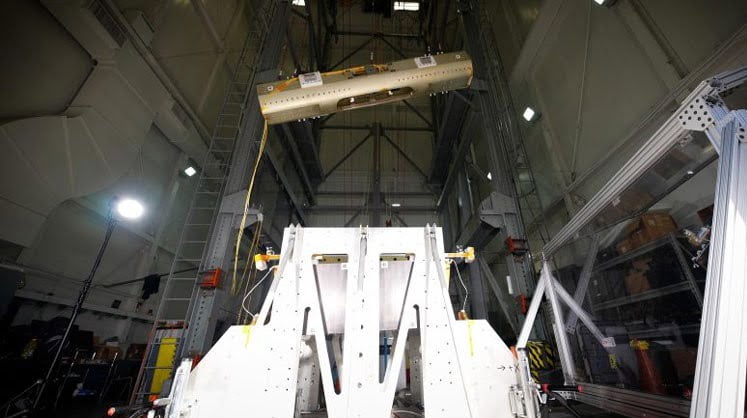 Since the summer of this year, JPL began testing a scaled-down platform frame and shock absorbers, dropping the platform at different angles on various surfaces: loose, hard, rocky, and so on. Engineer’s study in practice the dynamics of shock absorbers and the distribution of loads on the platform frame. The lightweight version of the platform just helps to simulate the conditions of Mars, where gravity is less than on Earth. After identifying all the nuances, experiments will begin with a life-size platform.

The Mars Ascent Vehicle rocket will be placed horizontally on the platform to lift samples from the surface of Mars into orbit. To launch it, it was decided to use the method of ejection into the air with a slight twist, so that during the jump, the rocket could orient itself with its nose towards the zenith. The rocket is being developed by the NASA Space Flight Center. Marshall in Huntsville, Alabama, where mock missiles and catapults were recently tested.

The rocket cannot simply launch from a platform on Mars. The considerable weight of the two-stage 2.8-meter rocket, combined with the operation of the engine, risks shifting or even overturning the landing platform. In the center of them. Marshall, NASA engineers have created a stand and are testing an ejection system on gas pistons. A rocket dummy weighing 400 kg is thrown by the system 3.3 m up. In this process, engineers study the placement of the center of gravity and the dynamics of the layout in the air.

On Mars, the rocket will be thrown at an initial speed of 5 m / s. To simulate the Martian attraction on Earth, cables are attached to the rocket model, which remove part of the load from the platform. All this works synchronously and, as experts say, fits perfectly into the preliminary calculations.

Specialists in robotic manipulators – engineers from the European Space Agency – will also create a manipulator for the orbital station. In orbit, the samples delivered from Mars will be placed in a sterile container, where they will be hermetically sealed and sealed, after which the container will be placed in a capsule returned to Earth. By the way, they also began to test the capsule and, judging by the frames from the video above, they do not promise a soft landing for it.