And while organic carbon could have come from non-biological processes, including meteorites and volcanoes , the new discovery provides important support for the theory that Mars had a dense atmosphere in the past, with rivers, lakes, oceans, and likely microbial life on its surface.

“Total organic carbon is one of several markers that help us estimate how much source material [on a space body] is available for prebiotic chemistry and potentially biology,” said Jennifer Stern, a NASA astrobiologist at the Goddard Space Flight Center and lead author of the new study .

Curiosity and the search for life

In fact, the level of TOC is comparable to some regions of the Earth, albeit desert ones.

“We found between 200 and 273 ppm organic carbon,” Stern added. “This is comparable to or even greater than the amount of organic carbon found in rocks in very low-living places on Earth, such as parts of the Atacama Desert in South America, and more than was found in Martian meteorites.”

In 2014, Curiosity used its Mars Sample Analysis Instrument (SAM), inside which it baked samples of powdered rock, 3.5 billion-year-old mudstone, at high temperatures.

This process converted some of the carbon into carbon dioxide (CO2), allowing Curiosity to measure the carbon isotope ratio. The samples from the eight-year-old experiment were taken from Gale Crater, which is believed to have once been a lake.

“Essentially, this place could provide a suitable environment for life if it [life] ever existed on Mars,” Stern said.

This fascinating discovery may play an important role in our search for traces of ancient life on the Red Planet, but we should not jump ahead and jump to conclusions. 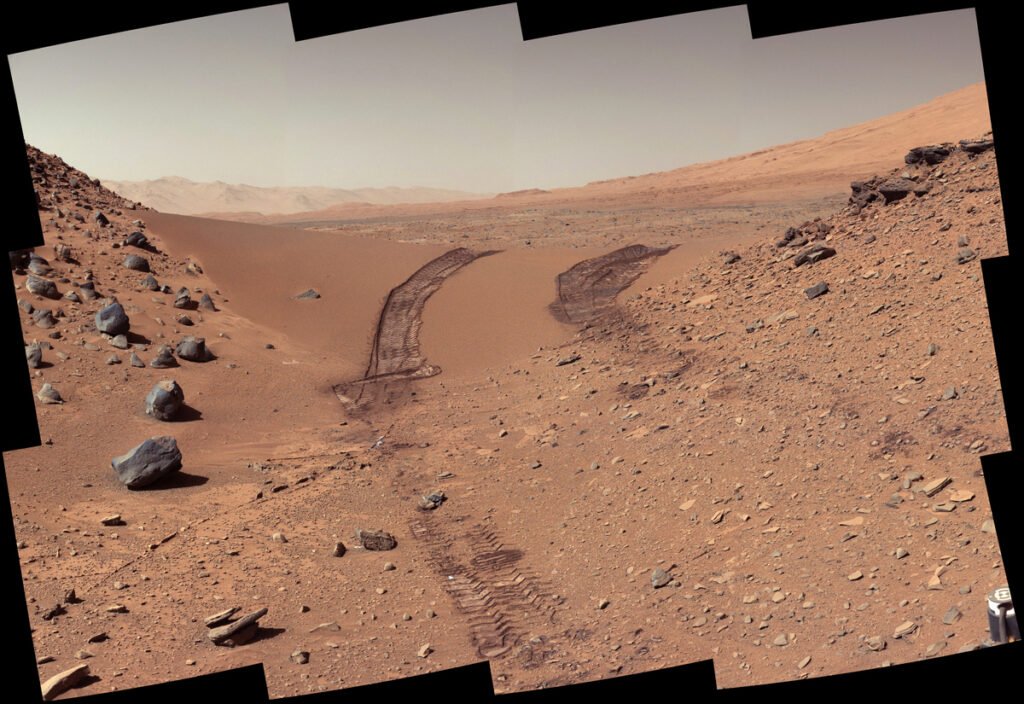 According to Stern, non-biological processes are still a more likely scenario for the emergence of TOC.

“Biology cannot be completely ruled out, but it is also impossible to use isotopes to confirm the biological origin of this carbon, since this range [carbon isotope ratio] overlaps with igneous (volcanic) carbon and meteoric organic material, which are most likely the source of this organic carbon” she concluded.