(ORDO NEWS) — This is the conclusion reached by a German-British research group led by Dr. Danilo de Genova from the University of Bayreuth.

“For geology, it has always been a mystery that causes sudden and violent volcanic eruptions that look quite calm on the outside. But with the help of nano-geological research, we are now on the trail of explanation, says Dr. de Genova. “At the beginning of the chain of causes and effects that can end in disaster for people living near the volcano, there are very small grains of crystals with a high content of iron, silicon, and aluminum.”

Due to their small size – tens of thousands of times less than the thickness of a human hair – these crystals are called “monoliths”. Scientists found traces of them in the ash left by volcanic eruptions, and then, through careful research, were able to describe and show how they affect the properties of volcanic magma.

Dr. de Genova’s group focused on the study of magma with low silica content, which turns into basalt after an eruption at the surface. Typically, such magma has a low viscosity and forms very liquid and flowing lava. But, as we managed to find out, the monoliths contained in such magma, if their concentration is high enough, can increase its viscosity. As a result, magma begins to work as a plug, holding back the release of volcanic gases. The pressure in the volcano gradually increases, and as a result, a sudden explosion occurs.

“A constant light plume of smoke over a volcano does not necessarily mean an impending dangerous eruption,” says de Genova. “On the contrary, an inactive and peaceful looking volcano may well be misleading.” The authors of the study suggest that this is exactly how – suddenly – Vesuvius exploded almost two thousand years ago, burying Pompeii, Herculaneum, and Stabiae along with their inhabitants under a layer of ash and pyroclastic deposits. 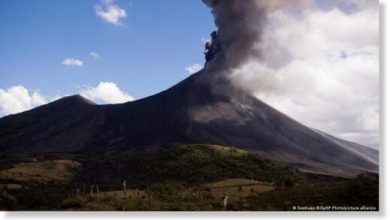 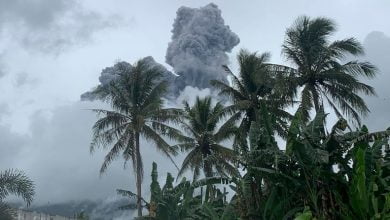 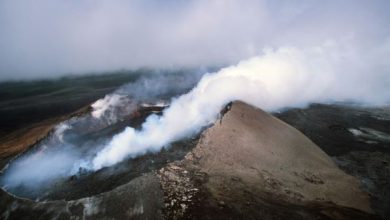