(ORDO NEWS) — Mount Kailash is located in a remote region of Western Tibet, and this place is perhaps one of the most mysterious places on planet Earth. No matter how hard the researchers fight, the secrets of the mountain remain incomprehensible…

The height of Mount Kailash is 6666 meters. Four main rivers of India originate from it. However, the main water mystery are two lakes. They are located at an altitude of 4650 meters. Separated from each other by a thin stone isthmus, they are a real wonder of the world.

First – Manasarovaras, Mapam Jumko (“lake of living water”) remains calm in any, even the most inclement weather. You can safely drink its pure fresh water. Some even note the healing and rejuvenating effect of the waters of Manasarovar. 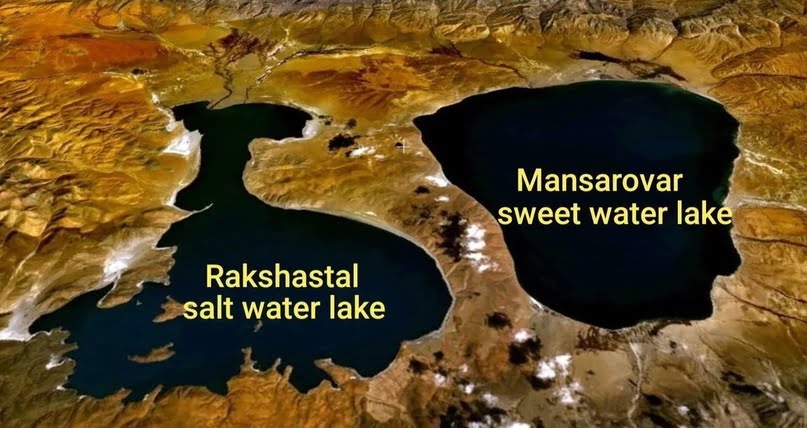 The salty waters of the second reservoir are constantly raging. Even if there is not a breeze on the shore, the surface of the lake is always seething. Lake Rakshastal (“dead lake” or “lake of the demon”) is constantly in motion. Its water is not only unfit for food, it is simply dangerous for humans. Among pilgrims there is a sacred ban on visiting this place.

Both of these lakes reflect solar and lunar eclipses. It is still a mystery whether these lakes were formed naturally or artificially.

This is not the most surprising thing that happens on the mysterious mountain. Rumor has it that time behaves differently here. Sometimes it goes smoothly, sometimes it stretches, but most often it runs as if skipping. Moreover, this phenomenon applies only to biological species.

Some travelers have noticed that, judging by the way hair grows, 12 hours spent on the mountain can be equated to two full ordinary weeks. 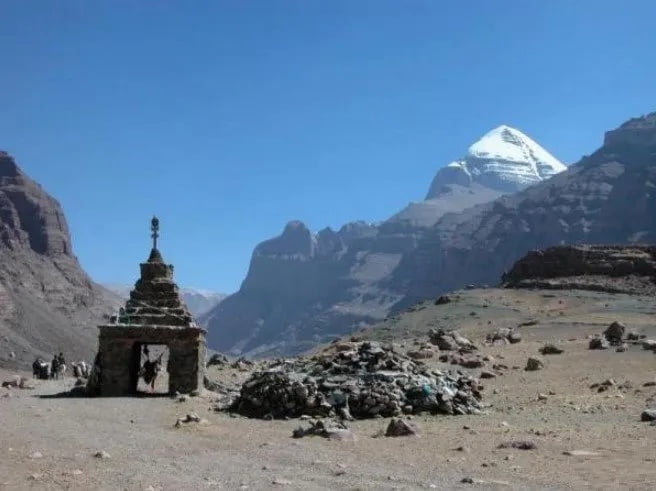 But not everyone manages to approach this mountain. For some reason, the traveler’s thoughts are confused, and now, he only cheerfully walks along it, and in the next second he almost runs down. Moreover, many noticed that the awareness of a change in direction of movement comes already at the foot.

Not a single climber has yet managed to conquer the summit of Mount Kailash.

Wilson recounted that Tseten told him, “Sahib, we can climb up here!” …because he too saw that this [SE ridge] was the real route to the summit.”

Wilson further explained that although he was serious about climbing Kailash, he encountered unexpected difficulties: “Just when I discovered an easy way to the top of the mountain, a heavy snowfall began, making the ascent impossible.”

Herbert Tichy was in the area in 1936 trying to climb Mt. When he asked one of the Harpons from Ngari if it was possible to climb Kailash, he replied: “Only a person who is completely free from sin can climb Kailash.”

In addition to anomalies on the ground, the mountain is notable for its location. It is located directly opposite Easter Island. Only on the opposite side of the planet. The island is also known for its mysteries.

The travelers took a number of measurements. It turned out that Stonehenge is located exactly 6666 kilometers from Mount Kailash. The North Pole is exactly the same distance, and the South Pole is twice as far away.

All who study Mount Kailash unanimously assert that it has a pyramidal shape. Surprisingly, its faces are strictly oriented to the cardinal points. Researchers are also sure that there are vast voids at the base and in the middle of the mountain. 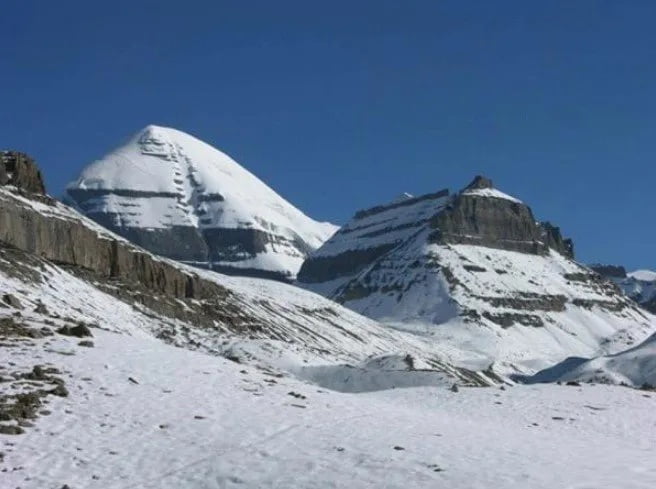 From this directly follows the conclusion that this is an artificial structure. But who and why erected such a cyclopean structure also remains a mystery.

And, finally, the most interesting mystery of Mount Kailash is the so-called Nandi sarcophagus adjacent to it. This is one of the most sacred places.

Apparently, this special form is necessary for the concentration of cosmic energy in the temple. It has been proven that such forms are no longer found in Tibet. However, it cannot be found anywhere else on the planet.

If we use the analogy with Russian and Indian temples, then there is reason to believe that the sarcophagus is only the upper part of the ancient underground sanctuary. 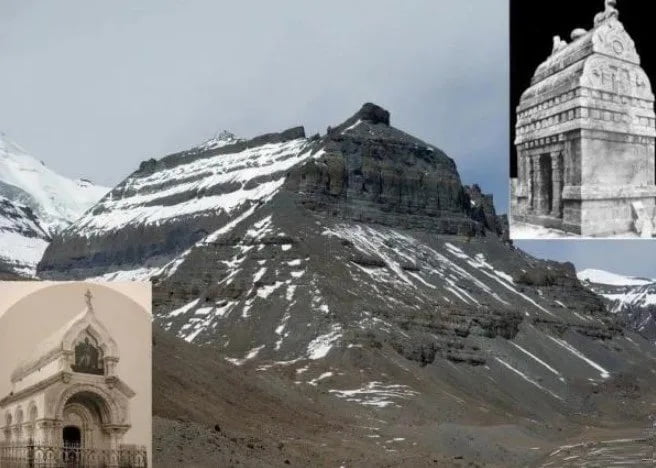 The temple itself is much lower.

Here is how this place is described in Tibetan texts:

“In the south, in open country, in front of these golden funerary shrines rises a rocky hill known as the Palace of the Buddhist saint Angaji (gNas-brtan Yang-lag-byung-kyi Pho-brang), and on the slopes of a mountain [to the east], which looks as if a curtain of white silk is attached to it, the divine assembly of Yeshe Gonpo lives … “.

“Divine Assembly” – apparently, this means that the sarcophagus for the time being hides from the world all the great teachers who have ever been sent to earth. It is likely that Krishna, Buddha, Zarathustra and perhaps even Jesus are there, in a state of samadhi (a very deep meditation in which the body can remain for thousands of years).

Mount Kailash is as beautiful as it is mysterious. This mountain holds many secrets. She is mentioned as Kailash Khand in Shiva Purana, Skanda Purana, Matsya Purana, etc.

Of course, these are all just rumors. And only the expedition can confirm or refute these theories. Unfortunately, for reasons unknown to us, the Chinese government has banned expeditions to these places.