(ORDO NEWS) — During underwater exploration of Fuxian Lake, Yunnan Province, China, launched on June 13, 2006, archaeologists discovered at the bottom of the lake the remains of a group of huge ancient structures more perfect than the pyramids of Egypt.

A group of researchers found many evenly spaced stones with mysterious carvings. The discovered structures proved that the magnificent architecture was built by representatives of an ancient civilization, but called into question the previous assumptions of experts.

Historical documents say that a city called Yuyuan was founded in the Fuxian Lake area during the Western Han Dynasty (206 BC – 24 AD), but this city ceased to be mentioned in historical records after the reign of Sui and Tang dynasties (589-907 AD). Local legend says that the city of Yuyuan and its inhabitants sank to the bottom of Lake Fuxian. 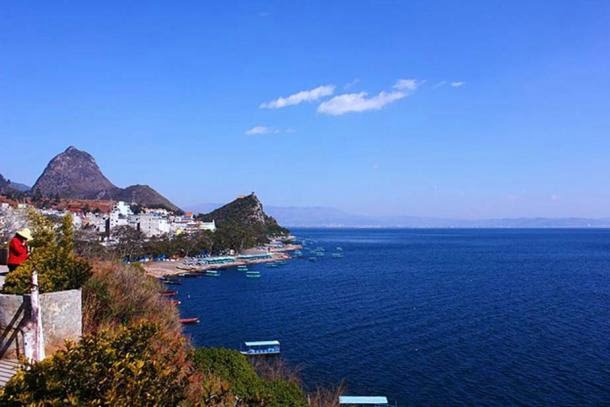 An earlier expedition to Fuxian Lake was made under the assumption that the ruins belonged to either the sunken city of Yuyuan or the capital of the ancient kingdom of Dian.

But the second expedition found evidence to refute this assumption: the buildings were made of stone, while the cities of Dian and Yuyuan were built mainly of wood and clay. 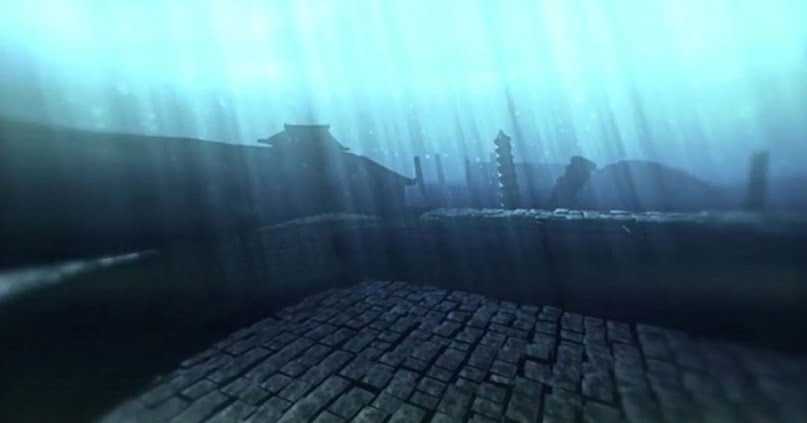 Sonar studies have shown that the architectural complex at the bottom of Fuxian Lake covers an area of ​​about 2.4 square kilometers, which is larger than the capital of the Han Dynasty. It is impossible not to wonder why such a large city has left no trace in the historical record. 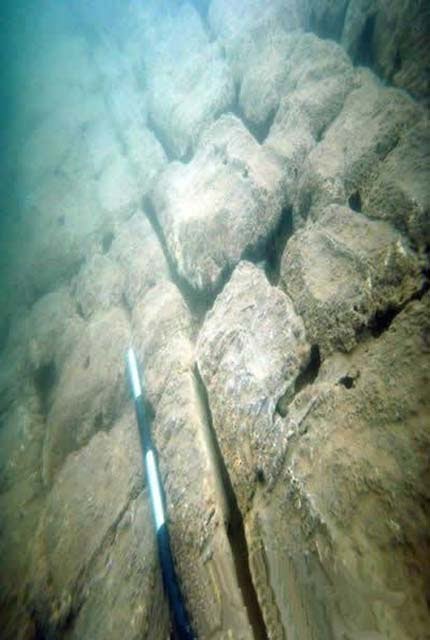 In the ruins under Fuxian Lake, one of the structures resembles a pyramid. This pyramid seems to be more perfect than the Egyptian pyramids, because the stones are decorated with various designs and symbols. 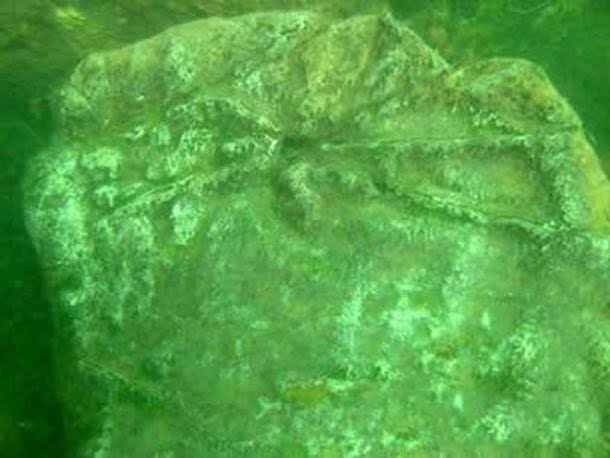 According to experts, intaglio [a kind of carving] in the form of a sun on a stone is very rare. Such suns with four radial lines have been found on bronze drums from the Spring and Autumn period (722-481 BC). However, it is believed that the symbol on the stone is even more ancient – it is over 1800 years old. 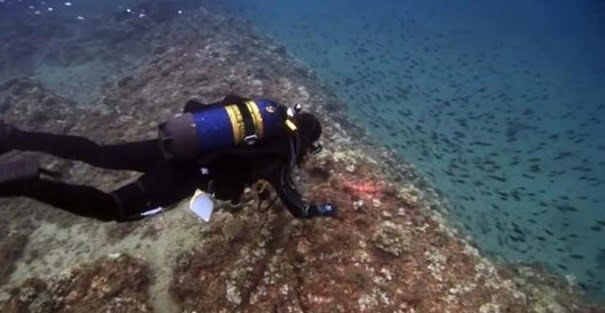 The team of scientists also found drawings resembling masks on the stones. The flat cheeks and teeth of the masks do not match human features.

Other marks found at the site include the “0” and “1” marks and seven holes carved into the stones in a neat design.

Several simple line drawings have also been found, one of which resembles a human face. Some other stones were carved with signs similar to the Roman numeral “1” and the English letter “y”, arranged in a row.

The experts acknowledged that it is not yet possible to decipher these symbols.

If the underwater relics are indeed much older than 1,800 years, scientists will have to explain what tools could have been used for such carvings at that time, not to mention which civilization was able to build such a complex of buildings, including pyramids. 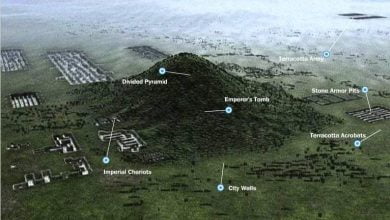 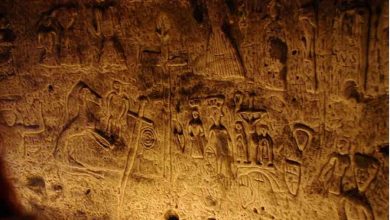 Mysterious symbols and images in the man-made cave Royston