(ORDO NEWS) — When the first settlers arrived in the New World, an endless continent lay before them. The earth was full of strange peoples and unfamiliar species.

The indigenous people knew the land much better and were able to offer help to those who were smart enough to ask for it.

And one of the powerful creatures that the natives talked about was a giant flying bird that created thunder by flying across the sky. It was a thunder bird.

Most often associated with the more northern cultures that waged a fierce struggle among the pine forests and cold lands, the Thunderer was worshiped as a powerful spirit that takes the form of a bird. In this guise, she helped irrigate the land and allowed plants to grow.

According to legend, lightning strikes from her beak, and the beating of her wings causes thunder. He was often accompanied by lesser bird spirits such as an eagle or a falcon. 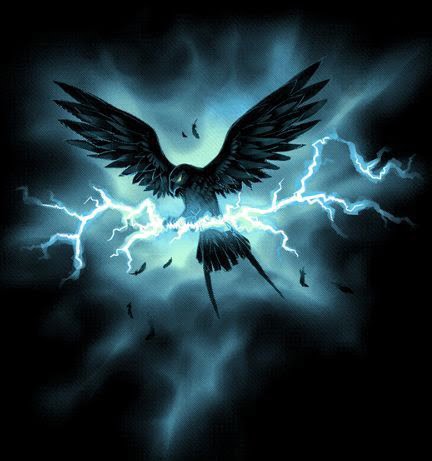 The thunderbird has been depicted in art, song, and oral tradition throughout North America from the Northwest to the American Southwest and the Great Plains.

It is easy to dismiss such descriptions as personifications of natural forces such as a thunderstorm: a thunderbird must be very large in order to create thunderous sounds and lightning effects.

But these stories come from areas of the vast, desolate wilderness, areas that could potentially contain a large species without being discovered, even to this day. The Native Americans also worshiped other creatures, such as the bear or the cougar, which were very real. 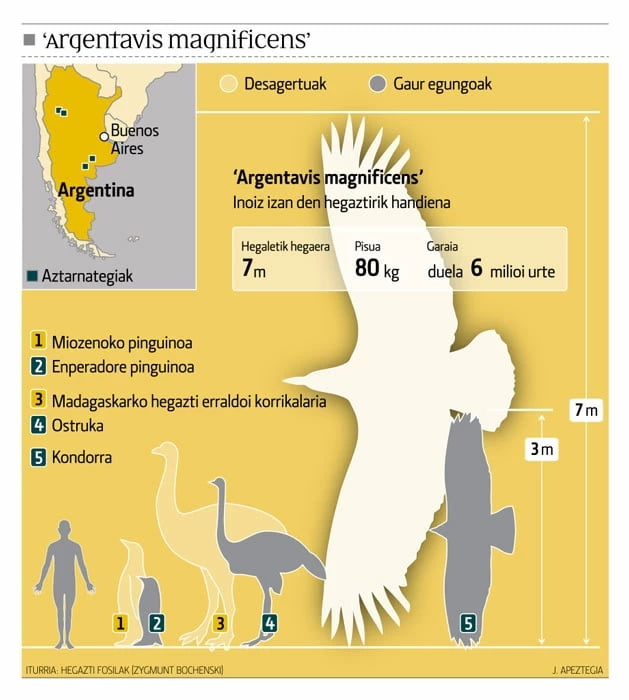 We know that such large birds existed in the past, such as the magnificent Argentavis, which was the size of a car. Simply put, could a thunderbird be real? 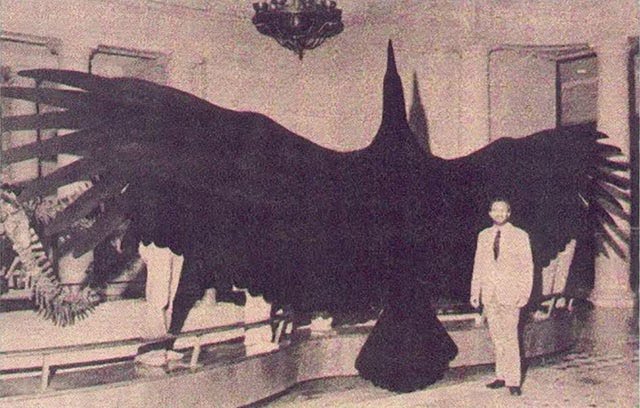 The appearance of the thunderbird is difficult to define and has many descriptions that vary from tribe to tribe. Almost the only thing that all the stories have in common is that the bird has supernatural powers.

This is a huge soaring bird, similar to an eagle or condor, but much larger and stronger. Using its large wings, the thunderbird could create thunderstorms, bringing rain and storms, both good and bad. Native Americans greatly revered the thunderbird, believing that it would protect them from evil spirits. 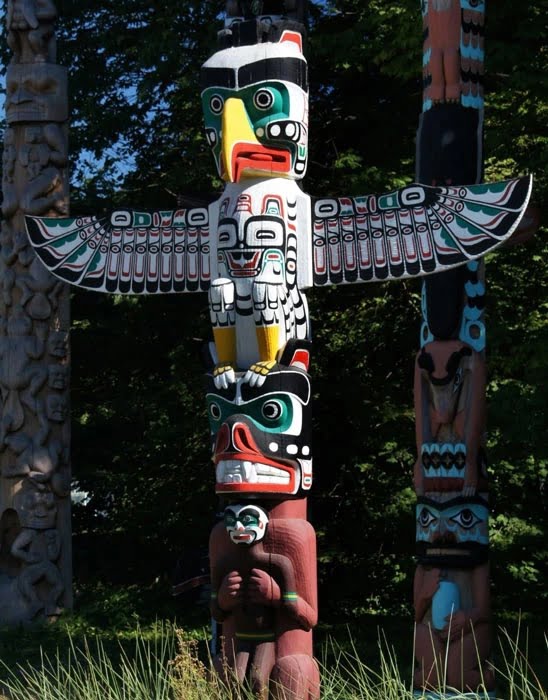 Thunderbirds were said to have bright and colorful feathers and very sharp teeth and claws. It has also been said that they usually live in the clouds high above the highest mountains, a habitat that modern science believes is the most suitable for such a large bird.

One of the best-known sources for the thunderbird comes from the peoples of northeastern North and South America, including Eastern Canada and the United States. This people is often referred to as the Algonquian. 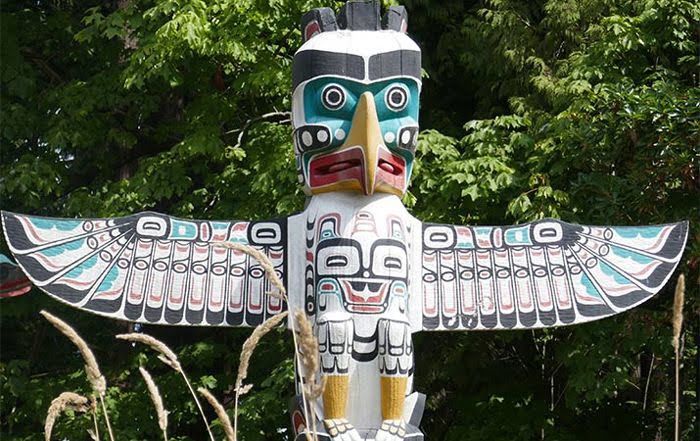 In Algonquian mythology, the thunderbird is credited with the role of the god controlling the upper world, while the underworld was controlled by the underwater panther or great horned serpent. Thunderbolt used his thunder and lightning to fight the creatures of the underworld.

In this tradition, the Thunderer was depicted as a huge bird with widely spaced wings and a head in profile. However, it can also be represented in the shape of an X with its head pointing forward.

The Ojibwe tribe, living on the northern reaches of the Great Lakes, claims that thunderbirds were created by Nanabojo, a legendary Native American hero. Their direct goal was to fight the underwater spirits of the underworld.

Thunderbirds were also believed to punish those who violate moral rules. They lived in the four cardinal directions and migrated with the birds in the spring, heading south after the winter.

These stories are clearly part of the mythology and cannot be true about a living being. But, again, like the squirrel Ratatoskr in mythology or the snake in, this does not deprive the creature referred to in legends of reality.

The tribes certainly used thunderbirds to describe various natural phenomena. Passamacoddy Native Americans describe a hike in search of the source of thunder in the mountains. 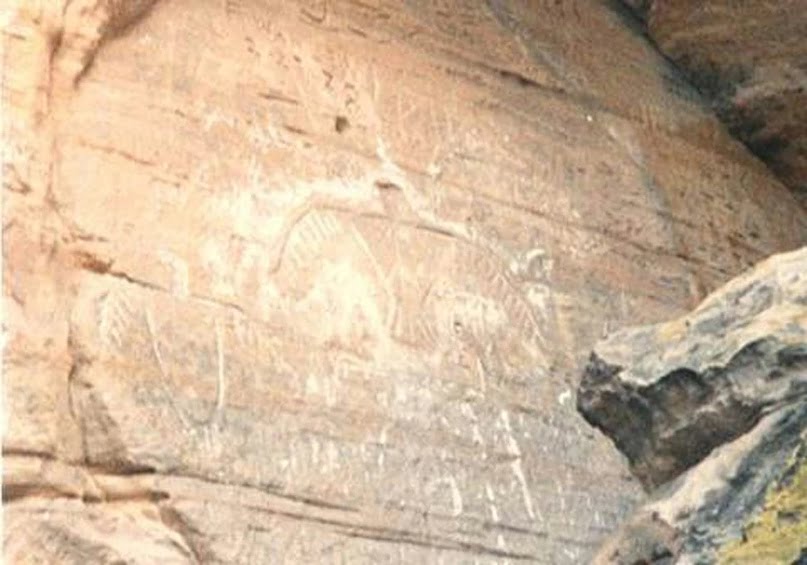 Only one youth made it to the top, where he found a group of people playing ball. The people were frightened and fled to their wigwams, coming out with wings and armed with bows and arrows.

They flew away and he believed he had found the true home of the thunderbird. When he returned, he told the elders of the village what he had seen.

Another story tells how a thunderbird fought a great sea creature, a giant killer whale. The brutality of the fight destroyed much of the surrounding land and caused massive destruction, knocking down trees and scarring the ground.

Although they were powerful and dangerous, they were sometimes benevolent and helped people in their search for food and water. This was especially useful during times of famine. They are also said to have left their eggs, igneous stones known as thunderstones, waiting to hatch and protect nearby peoples in the future.

So, a large and dangerous bird, not necessarily hostile unless provoked, inhabiting the highest peaks and descending low enough to be seen only in severe weather. This is not beyond the realm of possibility, and there is a surprising amount of evidence for the existence of a real bird.

There is a story that took place in April 1890, when two cowboys killed a giant bird-like creature with a huge wingspan. It had smooth skin, featherless wings, and an alligator-like head. He looked more like a prehistoric pterodactyl than a traditional thunderbolt. 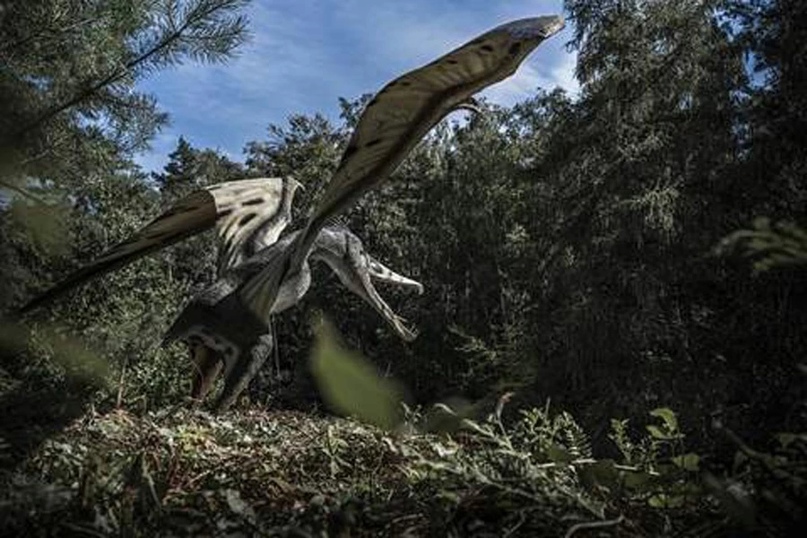 The story goes that they dragged the creature back to the city and its wingspan was the size of a barn. A photograph was supposedly taken, but it has been lost.

Many sightings of thunderbirds were recorded in the 20th century, often leaving physical evidence in the form of large footprints. One of the most controversial reports came from July 25, 1977 in Lawndale, Illinois.

Around 9pm, a group of three boys were playing in the backyard of a residential area. Two large birds were chasing the boys and Marlon Low was caught by the bird. He fought with her, and she freed him by throwing him to the ground from a height of about one and a half meters ..

This report was dismissed as a tall tale because the descriptions sounded more like an Andean condor. But a condor attack is almost as unlikely as the thunderbird itself.

There have even been more recent sightings of a thunderbird. In 2007, young students claimed to have seen their silhouettes flying against the sky. These birds often appear small when they fly at high altitudes, and their true enormous size only becomes apparent as they get closer. 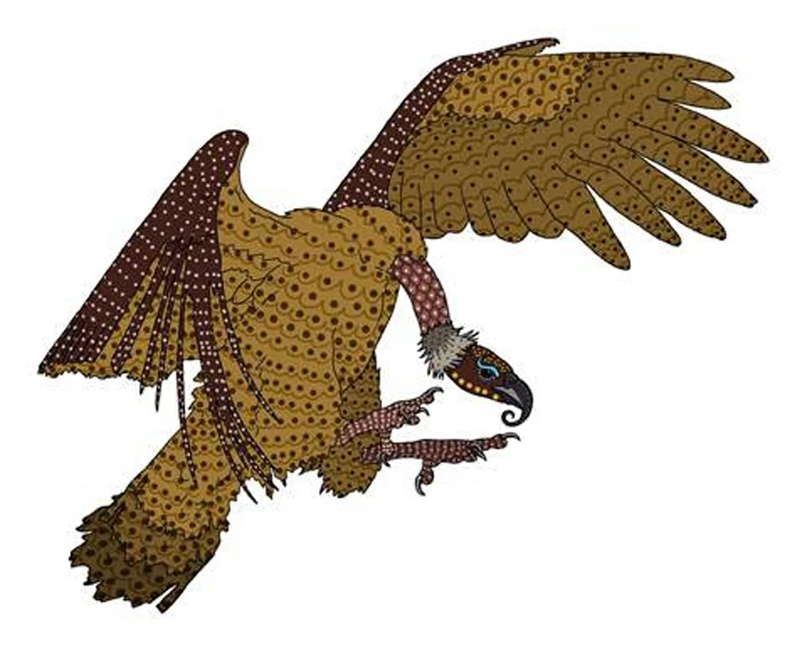 The Winnebago tribe says that a person who sees a thunderer will become a war leader. They also believe that the thunder bird can endow people with great powers.

The Sioux Thunderbird was a noble creature that protected the people from the Unktehil, dangerous monsters. Some believed that they were werewolves who often changed their appearance to interact with humans and were recognizable by their tendency to speak backwards.

In some tribes, thunder birds were considered extremely sacred forces of nature, while in others they were treated as powerful, but otherwise ordinary members of the animal kingdom. In many legends, the thunderbirds’ anger is referred to as something terrifying that can lead to harsh punishments.

Some say the mythology began with the ancient mound builders. Throughout history, the thunderbird symbol has appeared on totem poles, pottery, and carvings. Legends were told in songs and oral stories.

Why were all these peoples united in their depiction of the thunderbird, and differed only in the forces that they attributed to it? What creature did they use as the basis of their mythology?

She might still be out there, that thunderbird, and living somewhere in the vast and untouched wilderness of North America.

What amazed the world Chinese scientists in 2023

What amazed the world Chinese scientists in 2023