(ORDO NEWS) — Most archaeologists and historians agree that human civilization arose only about 10,000-12,000 years ago. However, many researchers pay attention to artifacts and other evidence of the existence of advanced civilizations long before that, even millions of years before.

Among them is Dr. Alexander Koltypin, geologist and director of the Center for Natural Science Research at the International Independent University of Ecology and Political Science in Moscow.

Koltypin has analyzed ancient underground structures across the Mediterranean and found similarities that lead him to believe that the sites were once connected.

In addition, the weathering of the structures, the composition of their materials, and the geological features and historical changes in the region suggest that they were built by an advanced civilization hundreds of thousands or millions of years ago.

Archaeologists working in this region usually date objects by looking at the settlements located on them or nearby. But these settlements were simply built on top of existing prehistoric structures, Koltypin says.

“When we examined the buildings… none of us doubted for a minute that they are much older than the ruins of the Canaanite, Philistine, Hebraist, Roman, Byzantine and other cities and settlements located on it and around it,” – he wrote on his website.

He climbed a hill about 1,300 feet high near the ruins of Hurvat Burgin in the Adullam Grove nature reserve in central Israel. Looking around the place, he remembered experiencing a similar feeling when he climbed to the top of the rock city of Cavusin in Turkey.

“Once again, I was personally convinced… that all these rectangular recesses, man-made underground structures and scattered fragments of megaliths were one underground-terrestrial megalithic complex, which was discovered by erosion to a depth of several hundred meters.” Chavusin village in the Cappadocia region of Turkey

Not all parts of the proposed complex are still underground. Some of them have ended up far above the ground as a result of geological shifts throughout history – for example, the ancient rocky cities of Cappadocia in Turkey, which Koltypin includes in the complex.

Some parts may also be under the Mediterranean Sea, as indicated by structures along the coast.

Koltypin estimates that in central and northern Israel and in central Turkey, these places were exposed after erosional cutting into the ground for several hundred meters (more than 1000 feet).

“According to my estimates, such a depth of erosion … could hardly have been formed in less time than 500,000 to 1 million years,” he writes.

He suggests that part of the complex was brought to the surface as a result of the Alpine orogeny (mountain building).

The composition of building materials at the site in Antalya (Turkey), which Koltypin calls the “Dzhernokleevsky site”, according to him, also has an age of 500,000 to 1 million years.

Archaeologists usually attribute man-made structures in Dzhernokleevo to the Middle Ages. But, according to Koltypin, the materials point to a much older age. 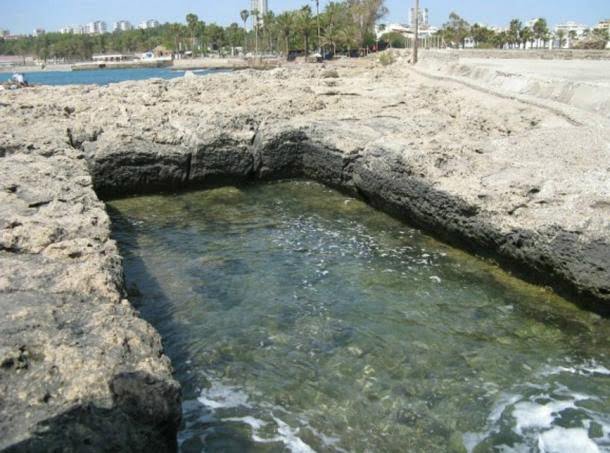 What he identifies as pink “cement” includes man-made ceramic fragments and volcanic basalts, among other materials. The last active volcano in this region that could produce basalts was approximately 500,000 to 1 million years ago.

According to Koltypin, as a result of the movement of the earth’s crust in distant epochs, part of the underground complex sank below sea level. 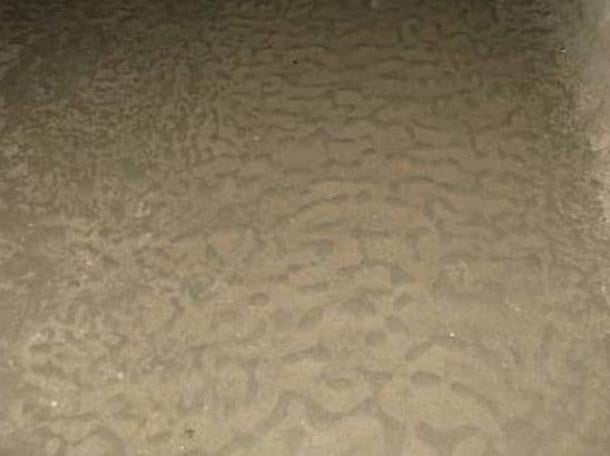 Similar megalithic ruins in different places are part of what led Koltypin to suggest a connection between these places, united in a giant prehistoric complex.

According to him, megalithic blocks weighing tens of tons at some point were probably attached directly to underground structures.

“This circumstance gave me reason to call underground structures and the ruins of cyclopean walls and buildings geographically connected with them a single underground-earth megalithic complex.” 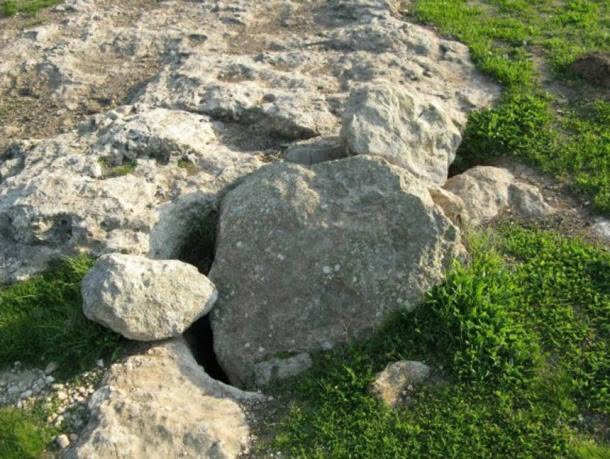 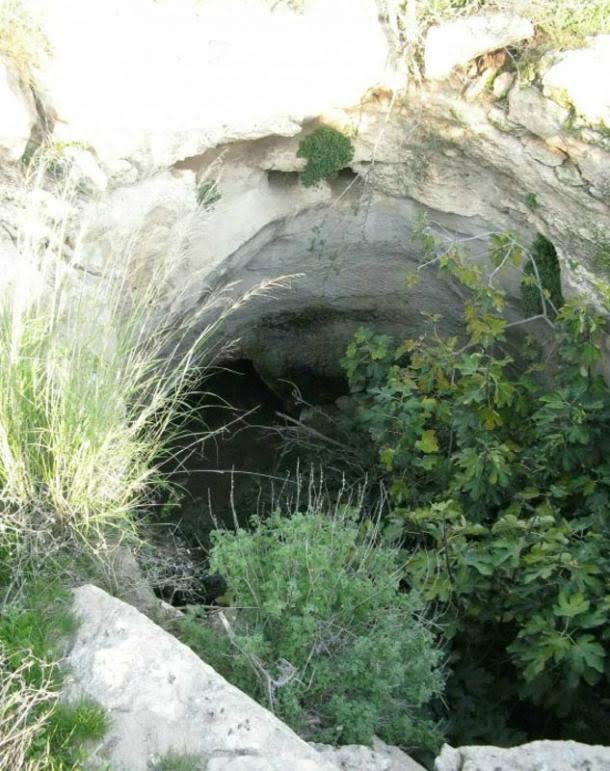 According to Koltypin, the megalithic structures seem to surpass the technological capabilities of the civilizations that are commonly believed to have built them.

For example, it remains a mystery how the 800-ton megaliths at Baalbek (Lebanon) were moved from the quarry to their current location. 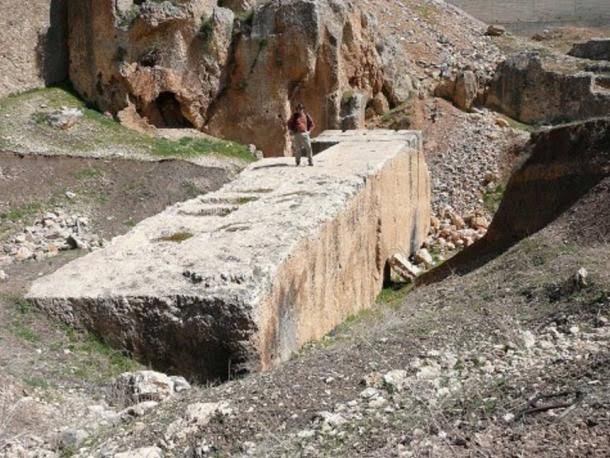 According to Koltypin, in some places the stones are perfectly fitted to each other without cement, and the ceilings, columns, arches, gates and other elements look like they were not worked on by people with a chisel.

Chisel marks, which usually indicate they were built at a later time, are found only in parts of the structures and appear to have been carved there long after the original structures were built, he said.

He noted that the structures built on or near these sites by the Romans or other civilizations are comparatively primitive.

Koltypin puts forward his hypothesis precisely in the context of other finds that testify to advanced prehistoric civilizations. 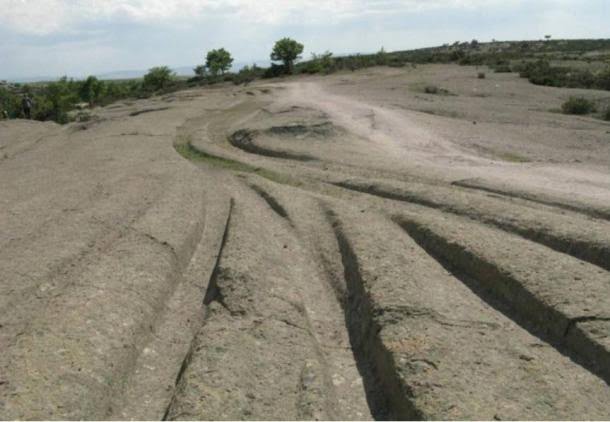 Mysterious ancient footprints cut through the landscape in the Phrygian Valley in Turkey. What is the truth about who and how created these footprints

For example, he studied the ancient ruts crossing the Phrygian Valley in Turkey, and concluded that these were traces of “unknown antediluvian all-terrain vehicles” that were petrified in stone millions of years ago.

Most mysterious disappearance of people in history

Most mysterious disappearance of people in history