(ORDO NEWS) — Remember the scenes from horror movies when the hero looks in the mirror and sees a completely unfamiliar face appear from it?

Sometimes in the mirror they see the reflection of a certain creature standing behind. Where does it come from?

Italian psychologist Giovanni Caputo describes this phenomenon in detail in an article published in the journal Perception.

To see someone else’s face in a mirror, you need to stare at your own reflection in a dimly lit room.

Optimal conditions for the experiment include a room lit only by a dim lamp (the author suggests a 25 W lamp) placed behind the back while the participant looks into a large mirror placed about 40 cm in front. Within a minute you will find a “stranger”.

Caputo invited 50 volunteers to take part in the experiment. At the end of the 10-minute mirror-gazing session, participants were asked to write down what they saw in the mirror. 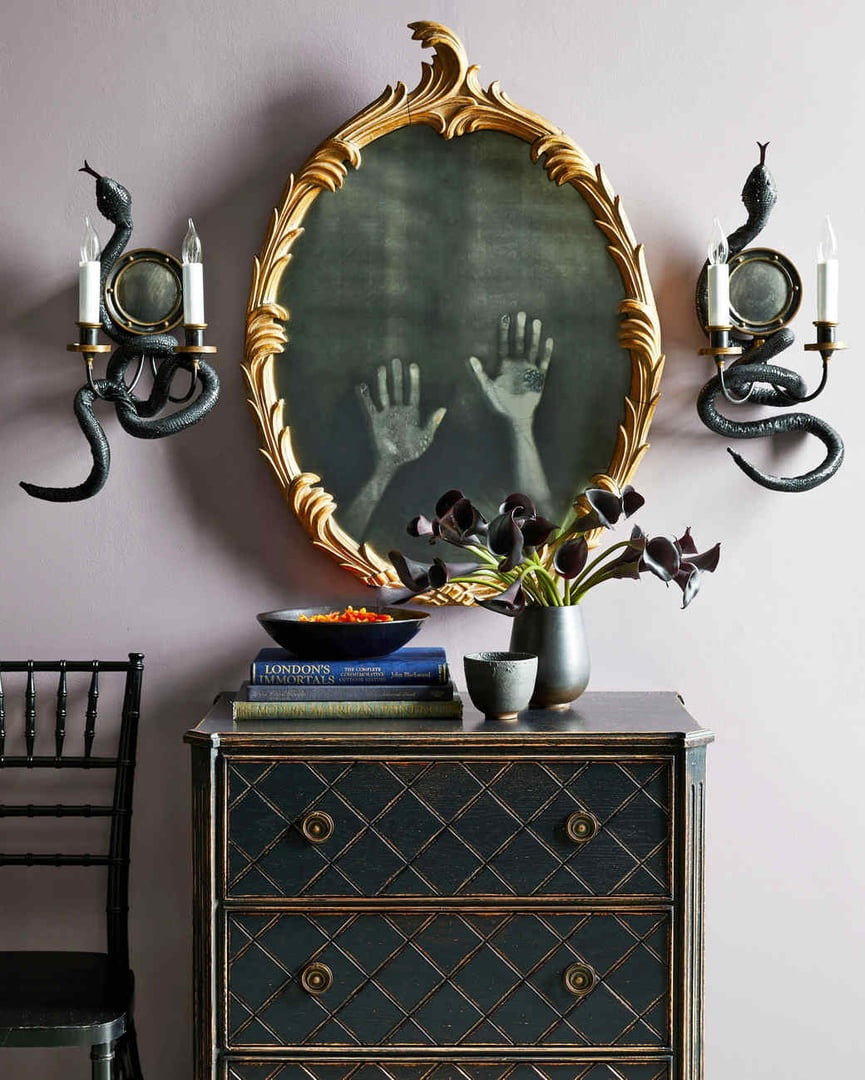 66% of 50 participants saw significant deformities in their own faces. 18% saw their parents’ faces with altered features, of which 8% were still alive and 10% had died. 28% saw an unfamiliar face. 18% saw the faces of various animals, such as a cat, a pig or a lion, and 48% saw fantastic and monstrous creatures.

The emotional reactions of the participants to the changes were even more interesting. Approximately half of them reported that the appearance of new faces in the mirror caused the feeling that an unknown person was looking at them from inside or from behind the mirror.

If deceased family members appeared in the mirror, participants often felt they wanted to ask them a question.

Monstrous creatures caused fear or even horror. The dynamic deformations of new faces (eg, pulsing or shrinking, smiling or grinning) made the participants feel helpless in front of these creatures.

How to explain all this? Naturally, science will find an explanation for everything that goes beyond the normal, they will assume that these are optical illusions, brain games, etc., but such is the role of science in our world – to maintain “officially recognized norms” or, more simply, dogmas.

But putting forward a “scientific assumption” does not mean at all – answering the question, “What is happening?”. 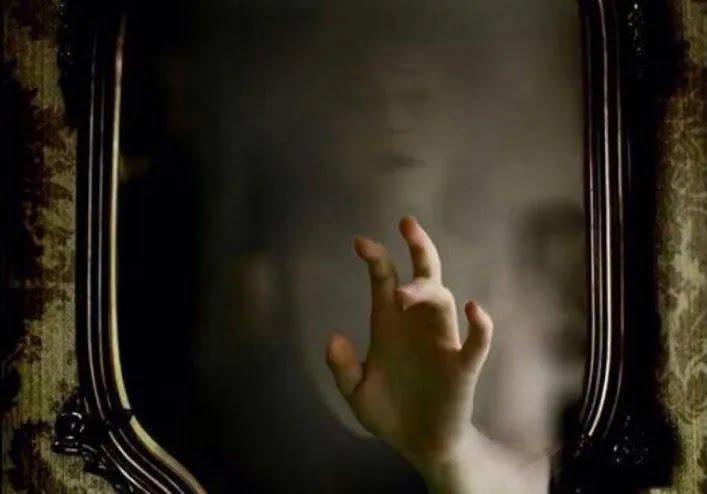 There is also the practice of divination with the help of mirrors, when people try to predict who their soulmate will be.

For Svetlana N. from St. Petersburg, the séance was just entertainment on a boring Saturday evening.

She invited friends to her apartment. First, they called the spirit of Pushkin, then Vysotsky, and the saucer moved in a circle, pointing to the letters of the alphabet, correctly answering their questions.

And then it occurred to Svetlana to summon her own spirit. As she cast the spell, she felt an instant piercing pain.

The saucer on the table began to move, but the spirit answered in general terms. Soon friends got tired of it, and the session ended. The guests began to leave, and the hostess was left alone in her apartment.

When Svetlana was washing the dishes, she heard footsteps behind her. Glancing back, she saw a vague silhouette in the hallway. The figure slipped into the bathroom, where a light came on and water poured from a faucet.

Gathering her courage, she looked into the bathroom and found that the faucet was off, but water was sloshing in the sink.

She looked in the mirror and was speechless when she saw herself in a dressing gown, although she knew that she did not have time to change after the guests left.

The reflection seemed to be reaching out for her, as if it wanted to grab her. Svetlana took a step back, and then some invisible hand began to throw objects at her from the shelf in the bathroom. The woman never practiced spiritualism again.

A sharp rise in temperatures has caused a red alert in 68 Chinese cities the roofs are melting, and the roads are sagging

A sharp rise in temperatures has caused a red alert in 68 Chinese cities the roofs are melting, and the roads are sagging