(ORDO NEWS) —  Unknown lineages of the virus that causes COVID-19 have been found in New York City’s sewage, raising new concerns that the novel coronavirus is finding ways to escape immunity.

The lineages don’t seem poised to break out and cause a new surge at this point. Their proportion has risen and fallen along with New York’s case rates, and there’s no sign that these versions of the virus are becoming more common over time.

But the mutations seen in the mystery lineages are similar to those that allow the omicron variant to partially escape immunity from vaccination and previous infection, said John Dennehy, a virologist at The Graduate Center at City University New York, who co-led the research.

“The fact that the omicron variant came from somewhere unknown and that it shares quite a few of its mutations with the unknown variant we see in New York City, that does pose a pretty serious concern that whatever we’re seeing could find the right combination of mutations that would make it highly transmissible,” Dennehy told Live Science.

Related: Coronavirus variants: Here’s how the SARS-CoV-2 mutants stack up

Also troubling: The researchers don’t know where the new viral lineages come from. The lineages are found only in limited areas of the city, and they don’t seem to be spreading from neighborhood to neighborhood. They might arise from chronically infected humans or perhaps from an animal reservoir — but what animal? So far, there’s no firm evidence for any option.

“Nothing makes perfect sense,” said Marc Johnson, a virologist at the University of Missouri School of Medicine.

Many cities monitor wastewater to try to track the amount of SARS-CoV-2 circulating in the community. Because people begin shedding virus in fecal material before they feel sick or get tested, wastewater levels of the virus precede rises in cases that show up from testing by about three weeks, Johnson said.

But relatively few places do genetic sequencing of the virus material found in wastewater. Dennehy started working on genetic sequencing in New York after the alpha variant made clear that coronavirus mutations were going to be a force to be reckoned with.

After Dennehy and his colleagues Monica Trujillo, also at CUNY, and Davida Smyth, now at Texas A&M San Antonio, appeared on an episode of the popular podcast This Week in Virology in April 2021, Johnson got in touch. He’d been doing similar sequencing in Missouri and was losing sleep at night over viral RNA sequences that didn’t match anything in global databases of coronavirus variants.

The Missouri variants disappeared in late April 2021, never to be seen again. But the researchers began to collaborate on more thorough sequencing of viral RNA found in New York City, wondering if they’d find the same sequences they’d seen in Missouri. They didn’t. But they did find a cluster of completely new unknown sequences.

The researchers expanded their efforts, testing wastewater from all of the city’s 14 wastewater treatment plants two times a month, ultimately building a record spanning from January 2021 to the present. 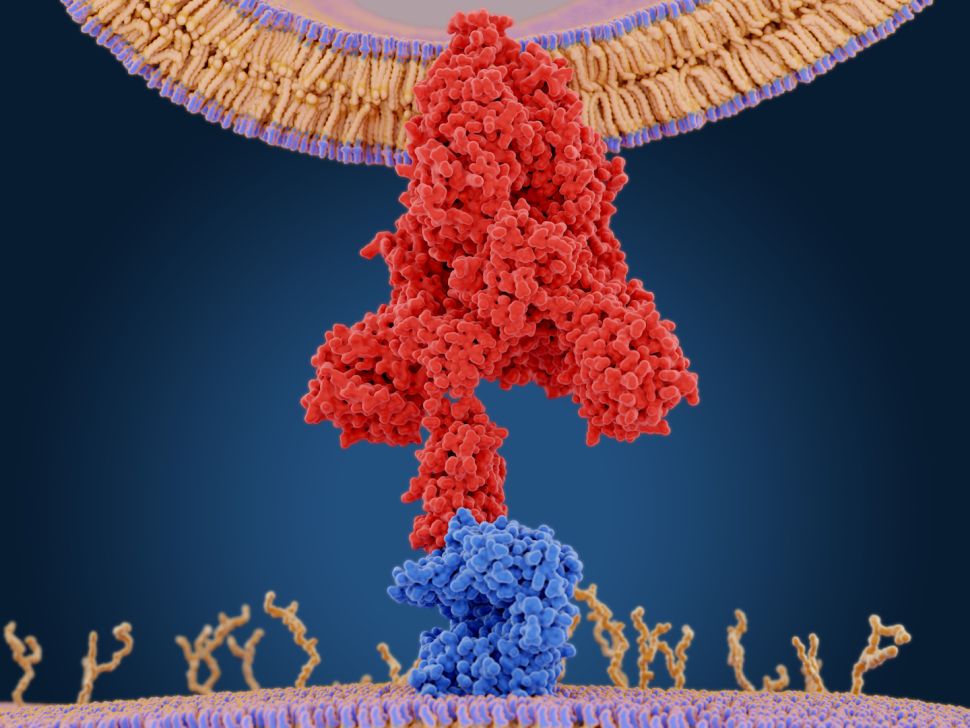 The researchers use a technique that doesn’t allow them to sequence an entire viral genome, but which focuses on about half of the spike protein that the virus uses to get into cells.This region contains a key area called the receptor-binding domain (RBD).

Many of the mutations that allow omicron to evade antibodies from vaccines or non-omicron infections sit on the RBD. So, too, do the mutations seen in the lineages found in the New York City wastewater.

(The researchers use the word “lineages” to avoid confusion with the term “variants of concern” as used by the World Health Organization. But, Dennehy said, genetically speaking, they’re the same concept: Sequences representing unique replicating populations of virus that are genetically related to one another.)

The researchers studied four of these mystery lineages, dubbed WNY1, WNY2, WNY3 and WNY4. They found that all had abilities to partially or completely evade antibodies that easily snag the original SAR-CoV-2 virus.

While blood plasma from vaccinated people or people with previous infections could partially neutralize all four lineages, this neutralization was reduced compared with the original virus.

“They were mutations exactly where you’d expect to find mutations if the virus were trying to evade an immune response,” Johnson said.

So where are these mystery linages coming from? The researchers checked 5,000 other wastewater samples from around the globe and found the lineages only in seven samples, all from New York State. Whatever they are, they’re homegrown.

There are a few hypotheses, none of them entirely satisfactory. The first is that they’re coming from unsampled human infections. Only between 2.6% and 12.9% of New York City cases are sequenced at any given time, so it’s entirely possible that rare variants of the virus could sneak under the radar.

Perhaps the lineages are versions of the virus that infect the gut and aren’t often found in the nose or throat, where PCR swabs go.

But there are problems with these possibilities. A few studies have compared virus from the gut with virus from the nose and throat, and so far, no one’s seen a difference between the two, CUNY’s Trujillo told Live Science.

Also, the geographical range of the viral lineages is limited — they’re found in the catchment areas of only three of the 14 wastewater treatment plants in the city. If the source of the virus is humans, they’re humans who don’t move around much.

“We were thinking about humans that might be bedridden,” Smyth told Live Science. “So long-term facility patients that are perhaps not mobile.”

But that would be strange too. “It would be weird that it would spread within a local population and not go anywhere else,” Johnson said.

Another possibility is that the carrier of these cryptic lineages isn’t human. The mutations seen in the clusters are seen in a region of the genome associated with the virus becoming more adept at infecting rodents (which aren’t easily infected by the original coronavirus). New York City’s rats would be an appealing target for blame. There are a lot of them, they live in the sewers, and they don’t travel far.

But the researchers could find no smoking gun linking rats to the variant. The team sequenced the wastewater for animal genes, essentially looking to find out who poops in the sewers besides people. Other than genes from the animals people eat for food (cows, pigs, chickens), the researchers found evidence of cat, dog and rat genetic material in the sewers.

Meanwhile, the stray cat population probably isn’t big enough to sustain the amount of transmission the researchers inferred from the wastewater, and pet cats don’t interact often with other pet cats either, Johnson said.

Dogs are known to get COVID-19, but these mutations haven’t been seen in dog virus cases before. And it would be very strange if a version of COVID-19 were circulating in dogs but not humans, Smyth said, given how close New Yorkers are to their pups.

Preparing for the next variant

The answer to the mystery may lie in sequencing more viral genomes from more animals on a regular basis. Smyth, in Texas, is working to get access to petting zoos to see if she can find new viral variants in different species.

Testing the sewage upstream from the wastewater treatment plant in order to narrow down the source to a smaller area would also be helpful, Dennehy said, but much of that work is now moving into the purview of the Centers for Disease Control and Prevention (CDC), so Dennehy and his team will no longer have much access to upstream wastewater sources.

The omicron variant seemed to appear out of nowhere: It evolved from an earlier lineage than the delta variant that was, at the time, dominant. Its origin is a mystery.To Dennehy, Johnson and their colleagues, the origin of the next variant will remain a mystery, too, unless a more robust effort is put into place to understand where variants come from.

Scientists already take regular samples of influenza from bird populations and raise the red flag when new strains that could potentially jump to people start circulating. Something similar may be possible with wastewater and regular animal sampling for SARS-CoV-2 — if research agencies prioritize funding that kind of science.

“What we are looking at here is the mechanism or potential mechanism through which different variants arise,” Trujillo said. “This is where we should be doing the research.” 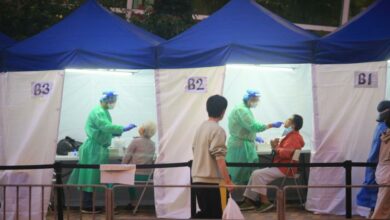 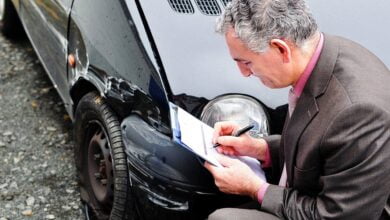