(ORDO NEWS) — Once a vast prehistoric ocean, the Nullarbor Plain in southern Australia is an unusual landscape.

Now it is a limestone desert, overgrown with shrubs, extremely flat and almost featureless, stretching for more than a thousand kilometers.

But a new discovery suggests that this vast semi-arid area may not be as featureless as we thought.

Using satellite imagery, an international team of scientists led by geologist Matej Lipar of the Slovenian Academy of Sciences and Arts has discovered an ancient landform that appears to have once been a coral reef – or part of one.

Although we know that limestone can form from calcium carbonate found in shells and fossils, and although Nullarbor limestone is rich in coral and algae fossils, there are no primary signs associated with carbonate deposition.

The reef-like landform is a circular raised ring about 1,300 meters (4,265 ft) wide with a dome in the center, and may be the first primary depositional structure ever found in the plain.

Unlike many parts of the world, much of the Nullarbor Plain has remained virtually unchanged through the processes of weathering and erosion over millions of years, making it a unique geological canvas of ancient history – and definitely worth exploring if you have the the necessary tools.

“Thanks to high-resolution satellite imagery and field work, we have discovered clear remnants of the original seafloor structure that has been preserved for millions of years, and this is the first such land formation discovered in the Nullarbor Plain,” says geologist Milo Barham from Curtin University in Australia.

“The ring-shaped ‘hill’ cannot be explained by extraterrestrial influence or any known deformation processes, but retains the original microbial textures and features typical of the present-day Great Barrier Reef.”

Much of Australia today is arid and dry, with extensive inland deserts. However, millions of years ago, in the Miocene, life was in full swing on the continent: not only dense, flourishing forest ecosystems, but also huge inland seas.

The ocean that covered Nullarbor began to dry out about 14 million years ago, exposing shallow-water limestones deposited in the Middle Cenozoic.

Since then, very little geological change has occurred on the plain. There was neither significant sedimentation nor major shocks leading to the formation of mountain ranges or other features. 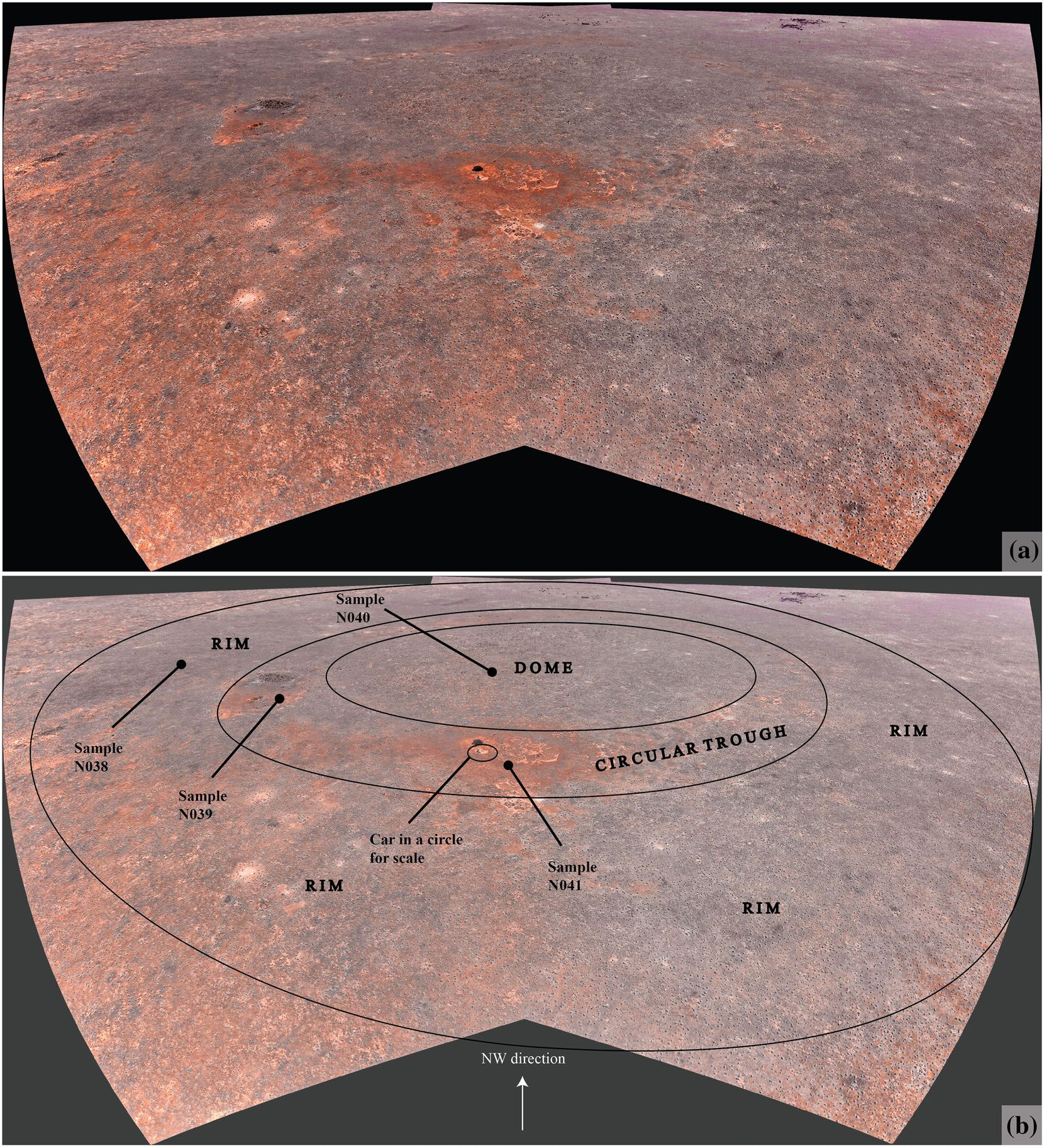 This means that Nullarbor is in fact a clean record of geological processes and features dating back to the Miocene.

“Evidence of long-vanished riverbeds, as well as sand dune systems etched directly into the limestone, preserve an archive of ancient landscapes and even a record of prevailing winds,” says Barham.

“And it’s not just landscapes. The isolated cave shafts that pierce the Nullarbor Plain contain the mummified remains of Tasmanian tigers and complete skeletons of long-extinct wild animals such as the Thylacoleo marsupial lion.”

And that is not all. “On the surface,” adds Barham, “due to relatively stable conditions, the Nullarbor Plain has preserved a large number of meteorites, allowing us to look back to the origins of our solar system.”

Only with recent advances in high-resolution satellite imagery have scientists been able to detect some of the more subtle features of the plain, including the reef-like structure.

Analysis of some rocks taken from limestone showed the presence of fossilized benthic foraminifera – unicellular marine organisms. This find corresponds to the Nullarbor limestone.

But something interesting was found in one of the samples: microbial rock, a type of rock that, when formed, was bound by coral or algae.

No other microbial stones have been found in the Nullarbor limestone, and this organism is capable of depositing organic material. Its presence suggests that the reef-like structure arose at the time the limestone was deposited.

“These features,” Barham says, “combined with the million-year-old landscape features we’ve identified, effectively transform the Nullarbor Plain into a land forgotten by time, and provide a deeper understanding of Earth’s history.”

In the 7th century AD, the moon split into two parts

In the 7th century AD, the moon split into two parts