US, WASHINGTON (ORDO NEWS) — For many years, astronomers have been struggling with the mystery of fast radio bursts – short (a few milliseconds) and bright bursts of radio emission, the nature of which is unknown. Now, scientists first recorded this phenomenon in the Milky Way and, best of all, identified the source of radio waves.

The signal was recorded by the Canadian CHIME radio telescope on April 28, 2020. And this time, he did not come from distant galaxies, but from the Milky Way.

How did scientists determine this? The fact is that space is not an absolute void. It is filled with plasma (ionized gas), although extremely rarefied. Plasma changes the characteristics of the radio waves passing through it. The greater the distance the wave travels, the longer the plasma acts on it and the greater the trace it leaves in it. Thanks to this, scientists can approximately determine the distance the signal has traveled. And in this case, the radiation source is definitely located in the Galaxy. 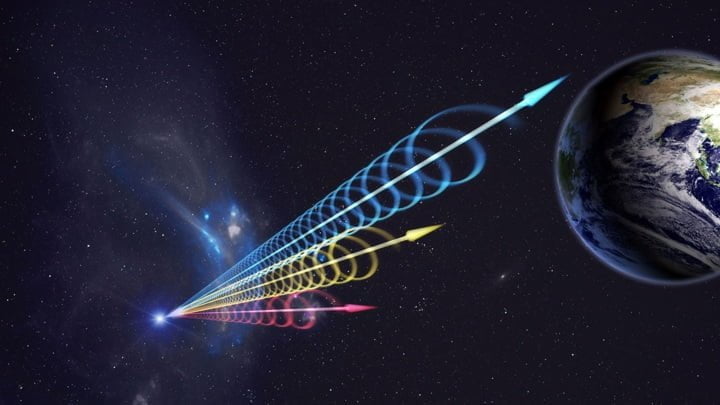 Having determined the coordinates of the outbreak, the researchers found that at this point in the sky is the object SGR 1935 + 2154. Probably, it was he who became the source of the surge.

This celestial body belongs to magnetars, that is, neutron stars with an incredibly strong magnetic field: 10 13 -10 14 Gauss, while the Earth’s magnetic field has a magnetic induction of less than one Gauss. Interestingly, in recent years, many researchers have suggested that magnetars are the source of fast radio bursts (fast radio burst, or FRB).

According to models, sometimes the balance between superstrong gravity of a neutron star and its monstrous magnetic field is violated, and this leads to large-scale surface shaking. The energy of this “neutron starquake” and gives rise to a flash. It is too early to say that this theory has been fully confirmed, but the fact that the magnetar turned out to be the source of FRB is a strong argument in its favor.

However, strictly speaking, you still need to make sure that this is really an FRB. Astronomers have never seen such a flash so close. Accordingly, it is not surprising that it looks much brighter for terrestrial telescopes than a typical fast radio burst. But it is very likely that an observer in a neighboring galaxy would fix a fairly ordinary FRB. Specialists in the near future will be able to give a final answer, carefully examining the signal spectrum.

In addition, at the same time and at the same point in the sky, an X-ray flare was recorded . This is the first time that an FRB has been accompanied by an x-ray flash, and scientists hope that it will provide additional information about the nature of the mysterious phenomenon.

In a brief report on the discovery, radio astronomers strongly recommend colleagues to begin observations of the SGR 1935 + 2154 magnetar in all ranges as soon as possible.

By the way, experts still do not exclude that FRB are generated by different sources, and magnetars are only one of them. In astronomy, it is not uncommon for outwardly similar flashes to have completely different origins. For example, one type of supernova is a thermonuclear explosion of a white dwarf , and all the rest is the destruction of the red giant .