(ORDO NEWS) — Ultimate mental clarity is a phenomenon often seen in terminally ill patients when they experience a sudden surge of energy, alertness, and awareness before death.

Why do some people experience maximum mental clarity before death?

Biologist Michael Nahm gave the following definition of this phenomenon:

“The appearance of normal or unusually heightened mental abilities in unconscious or mentally ill patients shortly before death, including a marked increase in mood and elation, or the ability to speak in a previously unusual spiritual and upbeat manner.”

Michael Nam has been researching near-death lucidity for many years. He is also co-author of a related paper with Bruce Grayson.

Their study showed that mental clarity not only occurs in terminally ill people, but even extends to people with mental illness. Extreme clarity of consciousness was observed even in people who lived with dementia for years, returned to their previous cognitive functions and died after a while.

How long before death does this condition occur?

Further research by scientists determined that a state of mental clarity can occur hours, days, weeks, or even months before death.

Basil Eldada of the National Institute on Aging told The Guardian that preliminary research seems to confirm that mental clarity before death exists.
“I think it’s safe to say that this phenomenon exists, and it’s probably more common than we expect.”

Why is this happening?

Historical cases of maximum mental clarity have been attributed to the consequences of a change in brain physiology before death, although no sufficiently detailed explanation has been found to support this theory.

This phenomenon is truly puzzling because it occurs in patients whose brain function is thought to be irreversibly damaged by the disease, as is the case with Alzheimer’s disease.

How can deleted memories be made available again? At the moment we just don’t know. 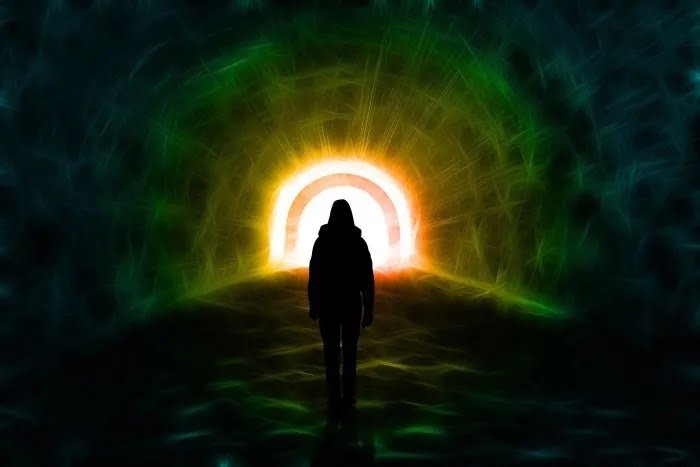 Among the most amazing stories is that of a young girl named Anna (“Käthe”) Katharina Emer. Käthe was reported to have been handicapped since birth and was later admitted to a psychiatric hospital where she suffered multiple and severe meningitis infections that damaged her brain.

Despite all this, and also the fact that she never learned to speak, in the last half hour of her life, you could hear her humming something under her breath.

According to biologist Nam, if extreme clarity can lead to such a deep remission of mental disorders before death, then understanding this could be critical to “developing both improved treatments and better understanding of unresolved aspects of cognition and memory processing.”

The scientists’ discovery also raises questions about where memory is actually stored, and whether the brain is really its store.

In the meantime, we await further understanding of this curious phenomenon.