US, WASHINGTON (ORDO NEWS) — A very surprising discovery was made by one woman named Serena Galleshaw when she was walking along the Maine beach: she came across a metal skull.

The find was made in the city of Kittery, when Serena decided to take a break on cycling. A strange item attracted the woman’s attention. A minute later, the American decided to approach him. 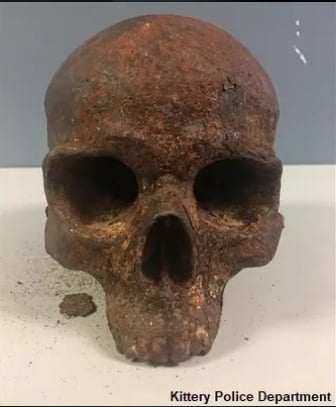 At first, Serena was afraid that she was dealing with human remains, but a little later she realized that the skull is metal. The find was incredibly difficult, but the woman was able to convey it to the local police department.

Now the skull is in the police. The officers said that Serena would be able to keep the item for herself if no one claimed it for a certain time. So far, no one has come for the skull.