(ORDO NEWS) — Last summer, a series of man-made Viking Age caves dating back to the 10th century AD were discovered southwest of Oddi in southern Iceland.

The excavations have unearthed a massive system of interconnected caves that are both larger and older than previously thought. Many mysteries still surround the caves and the true purpose of their construction.

“You really don’t have the words to describe it,” archaeologist Kristborg Þórsdóttir says of his experience in one of the holiest and best-preserved man-made caves of the Viking Age.

“The size of these structures is simply huge, there has not yet been a study of such large structures, and certainly not from this time period in Iceland,” she added. Kristborg is leading the study and has been working at the facility since 2020.

It was in 2018 that a man-made cave system was discovered in the Oddi region in southern Iceland during a three-year joint mission led by Kristborg and the Archaeological Institute after a test excavation, according to Iceland Review.

The mission was launched in 2017, according to a report published last year on MBL.is. The man-made cave adjoined an adjacent, even larger cave, which became the object of research by Kristborg and her team.

Keeping the cave safe and making sure it didn’t collapse on the people working in it was a huge challenge for her team. The texture of the rock is prone to destruction, and the cave is deep, which can lead to dangerous consequences.

Time is of the essence for the team, which believes that any delay will result in the loss of valuable artifacts and data. The entire system of man-made caves was not used for long, as they are inherently unstable.

The city of Oddi itself is a historically and culturally significant place where one of the most important political centers of Iceland was once located, ruled by the powerful Oddverjar clan. Ongoing archaeological research in the vicinity of Oddi has been going on for two years.

So far, a historic church, farm and vicariate have been discovered. In fact, when Christianity arrived in Iceland around 1000 AD, Oddi was one of the first places where a church was built.

“In the Middle Ages, there was no place that could have contributed to the creation of literary works, as Oddi supposedly did,” Christborg said. “While we are not looking for direct evidence of scripting or writing, the study is about the environment and the foundation of the power center that was there.”

Oddi’s cultural peak was in the 11th and 12th centuries AD, when a vibrant literate culture arose, coinciding with the rise of the Oddweryar clan.

The catch is that the man-made cave currently under investigation appears to have been filled in before this peak of cultural development, as evidenced by the study of the volcanic layers of the cave.

The most famous member of the Oddverjar clan was Samundur Fruri, or Samundur the Learned (1056-1133 AD). Educated in France, he was one of the earliest chroniclers of the history of the Norwegian kings.

The grandson of Samundur the Learned, Jon Loftsson, himself a powerful chief, patronized Snorri Sturluson, the legendary historian and poet who is widely regarded as the man who wrote the annals of modern Norse mythology.

This semi-author’s work is called the Prose Edda. He is also the author of Heimskringla, a saga of Norwegian kings, which is probably based on a lost manuscript written by Samundur.

Cave of the mythological bull or just a cattle pen?

According to Kristborg, the cave was most likely used for livestock. It also has a mythological mention in Bishop Þorlákur’s “Legends of the Saints”, which dates from the first half of the 13th century.

In this fable it was called Nautahellir, the Bull’s Cave, which collapsed when 12 bulls were in it. One of the bulls was rescued from the rubble. Interestingly, even the fable speaks of the fragility of the cave!

However, there is still much we do not know about this man-made cave. Most likely, before becoming a cattle pen, it was used for something else.

Since the network of artificial caves in the Oddi area is so large, the focus of the study must be narrow. Kristborg admitted that decomposing the historical use of each cave is a nearly impossible task.

With further research and a larger team, if the structure of the cave allows, it will be possible to learn more about the history of this man-made Viking Age cave system. However, from this fantastic discovery, a lot of information can be gleaned about the technology and traditions of the Icelanders of the Viking Age.

“But it is a longer and more complex history of the use of these caves, and we are only just beginning to see it, but it is so vast that we can only see a small part of it now.

Then we will have to start a much, much larger study with a much larger team if we we want to get to the bottom of this and fully trace this history, the history of the use of these caves,” Kristborg concluded. 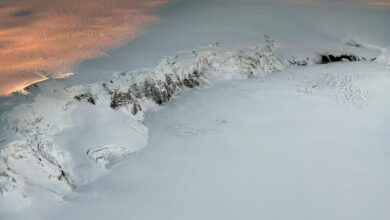 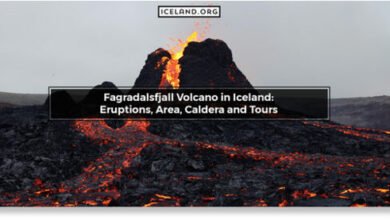 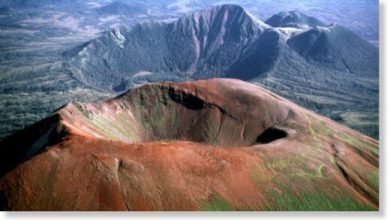 Strange seismic activity recorded in the southwest of Iceland 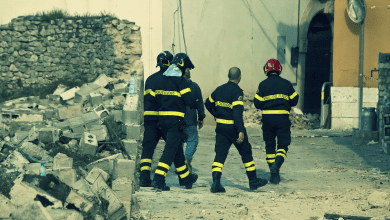