(ORDO NEWS) — The achievements of ancient civilizations are usually underestimated, because people “thanks” to the statements of science stereotype them as primitives who wore only loincloths and ran with stone axes, and when they are proven that they are wrong, demonstrating impressive achievements in engineering, they simply refuse to accept this “non-scientific information”. 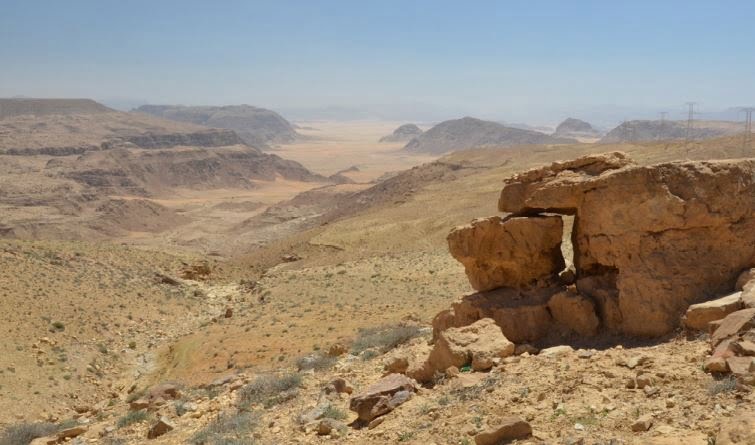 Humanity has made tremendous progress – especially in recent centuries. However, there are still mysterious structures that cannot be fully explained. One of them is the Hatt-Shebib wall. 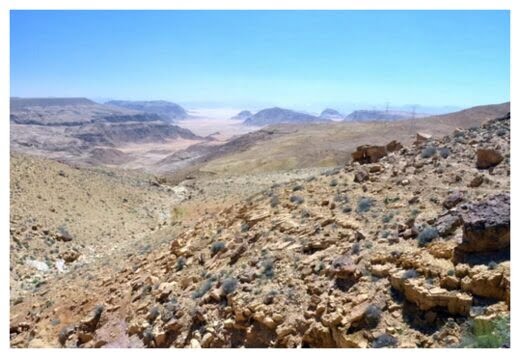 The ancient wall, which stretches for 150 kilometers in southern Jordan, has left archaeologists with a number of mysteries, including questions about when the wall was built, who built it and what its purpose was.

Hatt Shebib is a mysterious linear stone wall that stretches for 150 kilometers. The existence of the wall was first recorded in 1948 by Sir Alec Kirkbride, the British ambassador to Jordan.

Flying over the Maan region in the south of the country, he saw “a stone wall that stretches across the country without any visible purpose.” A local resident told him that it was called Hatt Shebib (Wall of Shebib). 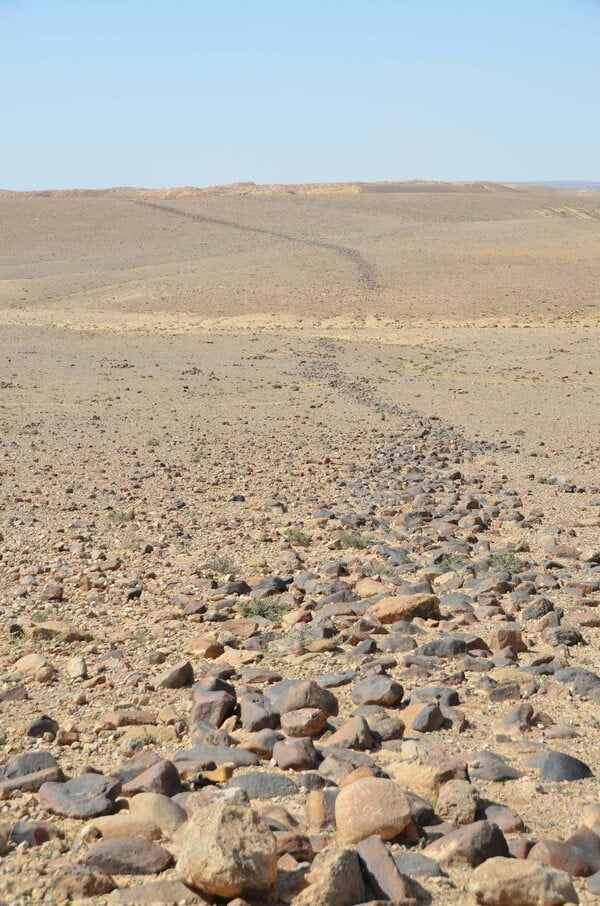 Scientists have found that the wall stretches from the north-northeast to the south-southwest for a distance of 106 km. In its structure, there are sections where two walls go side by side, and other sections where the wall forks.

In fact, Hutt Shebib consists of several walls, some of which branch off from the main line, and in other places the double walls run side by side. Ultimately, the total length of the wall is about 150 km. 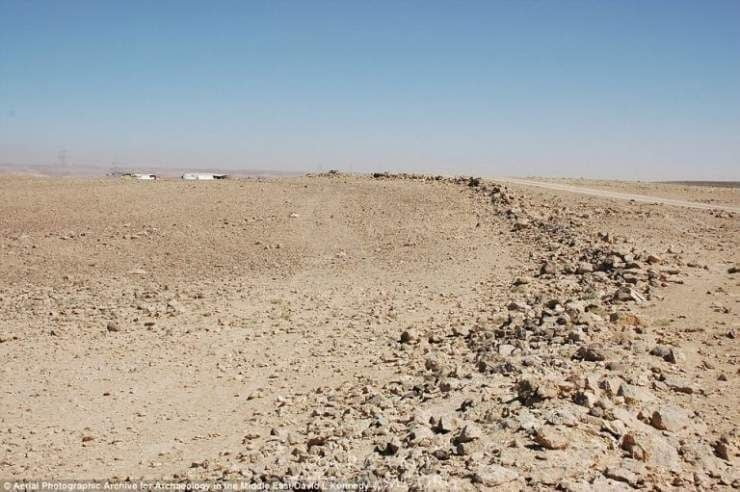 The wall, which is now mostly in ruins, was once just over 1 meter high, and around 100 towers have been built along it, ranging in height from 1.8 to 3.6 meters.

The start date for construction of Hutt Shebiba is unclear. Although originally believed to be of medieval origin (tenth century CE), it is generally agreed that it is much older, judging by its association with other structures.

A few recent scientific studies using optical methods confirm the possibility of a prehistoric date for its occurrence.

Sir Alec and many after him have assumed that the construction of the wall dates back to Roman times, mainly because of the many Roman frontier fortresses built in its immediate vicinity.

Some scholars believe that it was built between the Nabataean period (312 BC-106 AD) and the Umayyad period (661-750 AD), but to determine its exact purpose more field work is needed.

Scholars have made several suggestions about the possible use of towers, but not walls. Some may have been places of refuge – safe places to sleep. Others could be used as guard posts. 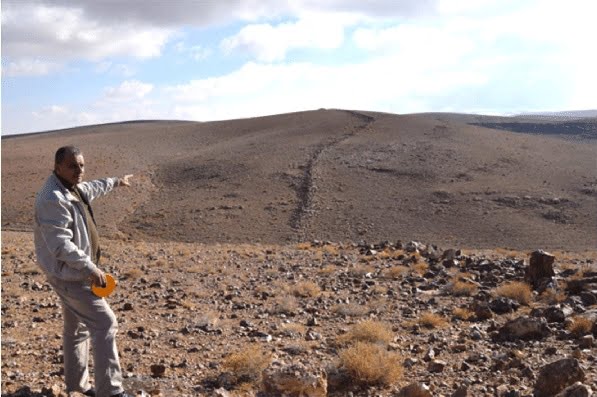 However, the study leaves archaeologists with a number of unanswered questions: When was the wall built? Who designed it and why?

What purpose could this huge structure have, scientists still cannot understand. 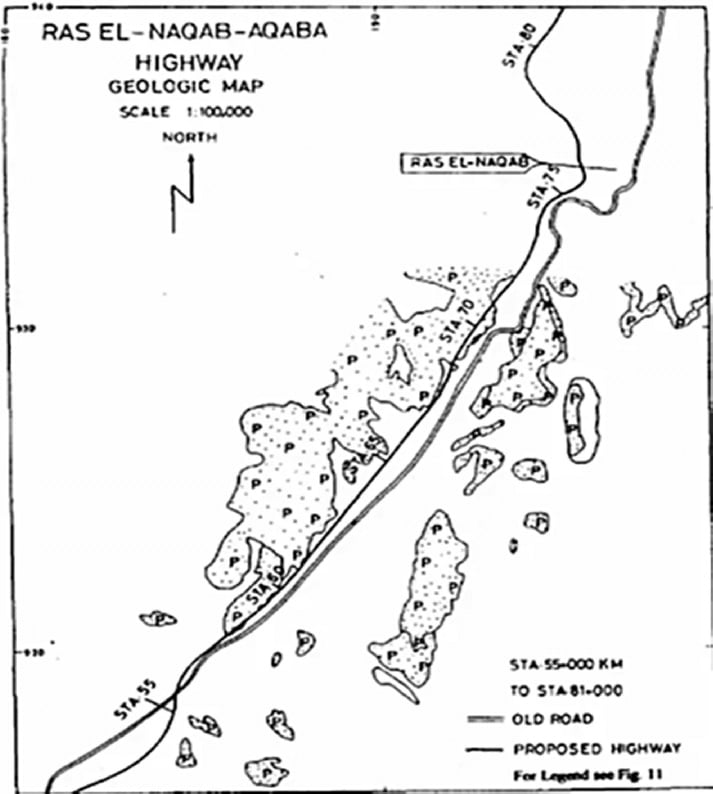 It is believed that the height of the various walls of Hatt Shebib ranged from a meter to one and a half meters, and they were built of stones piled one on top of the other. Considering the length of the wall, building it was a huge job whenever it was completed.

It was a huge effort. Archaeologists say that even if the wall was only a few meters high, the difficulty of collecting large, heavy stones and assembling them into a wall may be a sign of a centralized organization.

The wall and towers are just two of the many mysterious features found in the deserts of Jordan, which the Bedouins call “creations of the ancestors.”

Giant geoglyphs and earthworks shaped like rings, snakes and wheels that are virtually invisible on the ground but clearly visible from the air have given rise to theories – some quite bizarre – but very few answers. 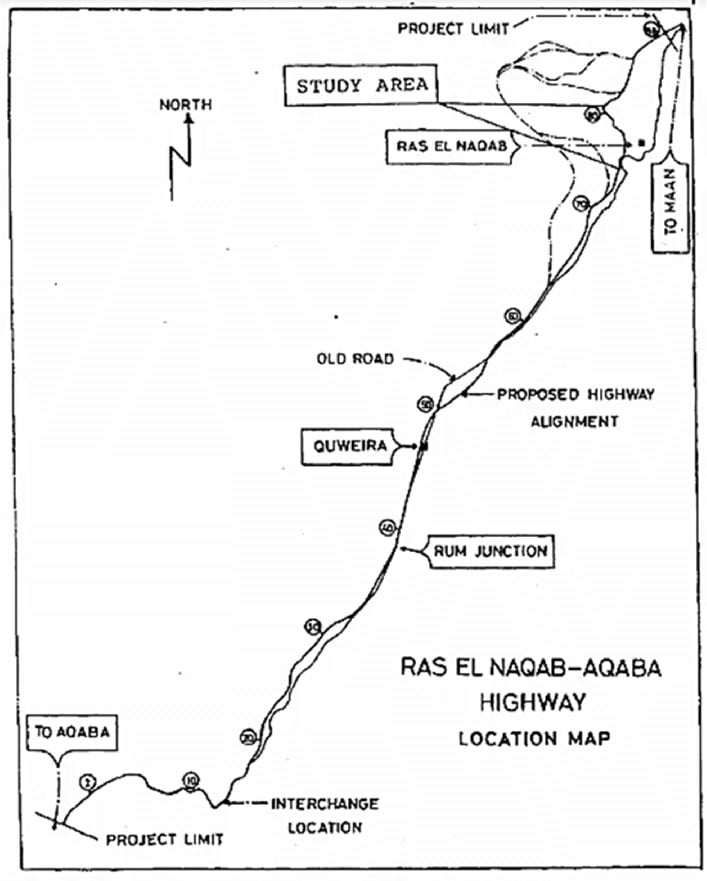 Ultimately, more fieldwork is needed to solve these mysteries. However, sadly, such objects of antiquity that do not fit into the “official picture of human history” are not interesting to science.