(ORDO NEWS) — In the eastern part of Jerusalem there is an ancient gate, which to this day remains walled up and impassable.

Millions of Jews, Christians and Muslims believe that they will miraculously open at the end of days, when God and the Messiah will appear at the Judgment of all mankind.

This mysterious “Golden Gate” has become a hotbed of tension in recent years as religious groups, protesters and government agencies, many of whom are convinced the end of the world is near, battle for control.

What is the story behind this mysterious entrance, why is it closed, and what warnings does it portend for the future? 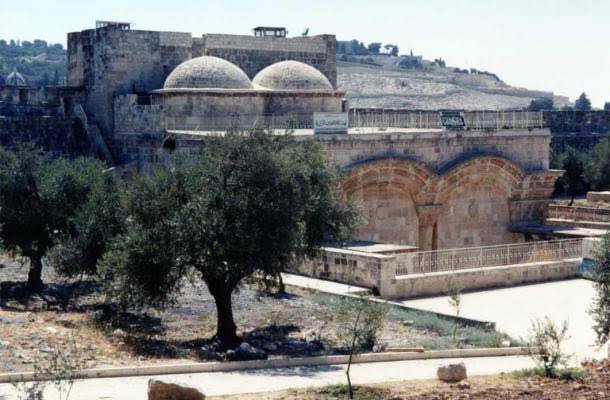 The Old City of Jerusalem is a place quite unlike any other on earth: 0.35 square miles (0.9 square kilometers) of winding corridors and ancient architecture surrounded by imposing medieval stone walls.

Six of the eight gates of the city were built by the Ottoman Turks five centuries ago, one was built in recent times, and the eighth gate was restored by the Turks.

Leading directly to the Temple Mount, where Solomon’s Temple once stood and now stands the golden Dome of the Rock, this eighth gate is special.

The future of millions of people around the world is connected with this mysterious eschatological entrance endowed with prophetic power and potential.

This is the most mysterious gate in Jerusalem, and throughout the world. The Jews call them Sha’ar ha-Rahamim, the “Gate of Mercy”, the Muslims call them Bab al-Dhahabi, the “Gate of Eternal Life”, and the Christians call them the “Golden Gate”.

The reason for the name Golden Gate is best explained by the archaeologist James Fleming, who suggests that it “probably originated from the New Testament reference to the gate known as the Beautiful (Acts 3:2, 10)… 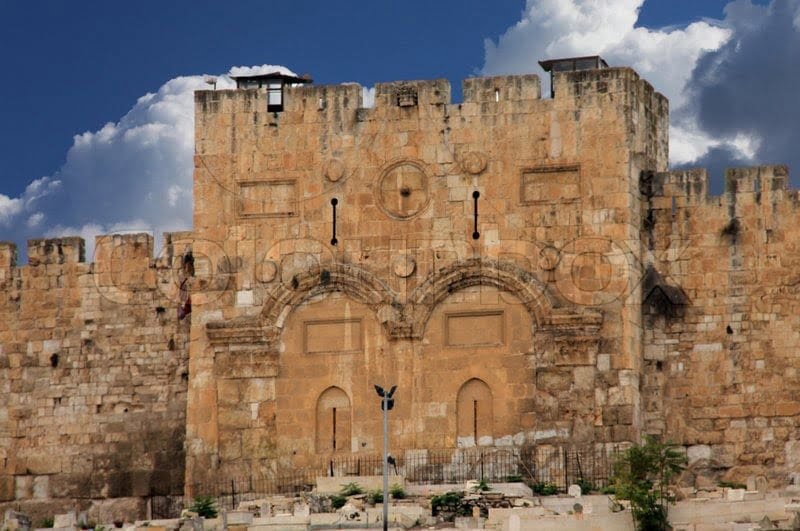 The double Golden Gates of Jerusalem are located on the eastern wall, between the Lions and the Hulda Gates.

Like the gates of Hulda, the Golden ones are laid with stones. They lead directly to the Temple Mount, but face the valley of Jehoshaphat and the ancient Jewish cemetery at the foot of the Mount of Olives.

There are disputes about the dating of the creation of the current Golden Gate: they are certainly very old, but according to one version, they were built in the Umayyad period, under Abd al-Malik (685 – 705), and according to another, much earlier, under the Byzantine emperor Justinian I, in 520 -s.

A hundred years later, Emperor Heraclius I will triumphantly ride up to them on horseback, having defeated the Persians and recaptured from them the Christian relic – the Life-Giving Cross.

But, according to legend, the Golden Gate closed in front of him, and he heard a reproachful voice from heaven – they say, Jesus, when he passed here, looked more modest. Heraclius without thinking twice got off the saddle and took off his boots. And then the gate graciously opened.

The Ottoman Turks turned them into a military fortification: a watchtower.

Previously, there were gates from the time of the Second Temple. After the capture and destruction of Jerusalem during the Jewish War, the Romans also built (rebuilt the destroyed) gates – the emperor Aelius Hadrian did not like his own unfortified cities.

In Jewish texts, the eastern gate of the Temple Mount is called Shushan. If the Golden matches them in location, they are by far the most ancient gates of the Old City.

The Golden Gate is not only Golden!

Actually, Golden Gate is a Christian (and Arabic) name.

Also Muslim is the name of the Gate of Eternal Life. In addition, the Arabs call each of the doors differently: the left one, if you stand facing them, is the Gate of Mercy, the right one is the Gate of Repentance.

In Hebrew, they are called differently – Shaar Ha-Rahamim, the Gate of Mercy. This name has two versions of origin: the Jews always passed through them to the Temple Mount and before them asked the Lord for mercy to the Jewish people; under the crusaders, all the gates located in the western wall were closed for the Jews, and only the Golden ones were mercifully opened.